Read This Before You Eat Another Hot Dog! 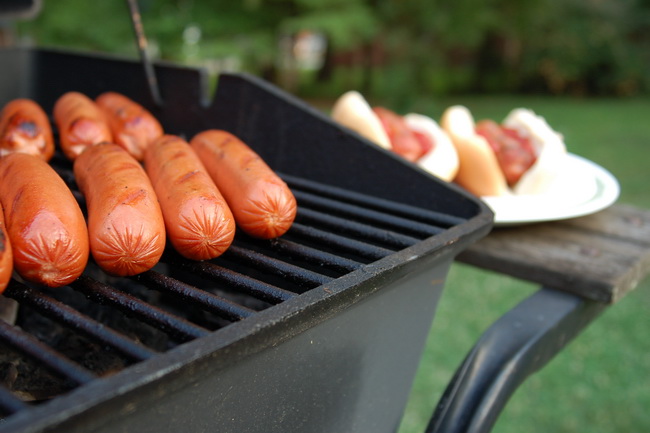 Hot dogs are about as American as you can get. It’s certainly one of America’s most popular foods, with the average American eating about 50 hot dogs per year! But did you know that hot dogs are one of the most nutritionally empty foods you can eat?

Almost everyone has their suspicions about what actually goes into hot dogs. We all know more than a few jokes about them, also. Still, we have turned a blind eye because we consider hot dogs something of an institution, right up there with baseball and apple pie.

However, when you take a long, hard look at what is actually in hot dogs, and how little nutrition they offer, you might think twice about eating them.

In 2009, the American Institute for Cancer Research issued a report, based on more than 7,000 scientific studies, that stated every 50 gram serving of processed meat that is consumed ( 50 grams is about 1 hot dog) increases your risk of colon cancer by 21 percent. EVERY hot dog you eat raises your risk by 21 percent. Find out foods that cause cancer as well.

Besides the increased risk of cancer, did you know that hot dogs are a serious danger to your kids? Hot dogs are responsible for 17 percent of all choking incidences involving children, and they kill 80 kids each year. 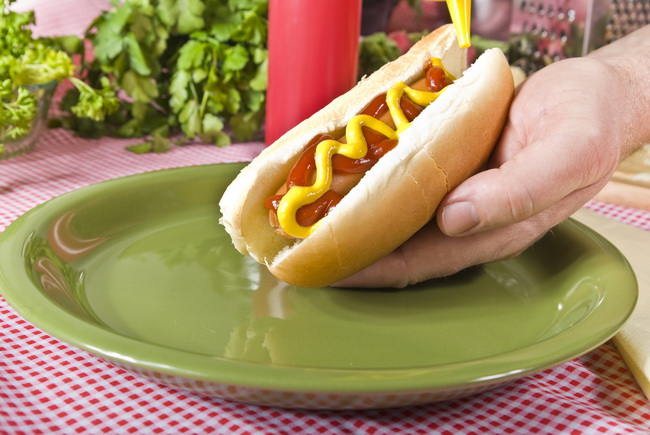 You can blame the carcinogenic effects on nitrates but it’s much more complicated than that. When you look at how hot dogs are made and what they are made of, there are plenty of reasons to see why hot dogs are so dangerous to our health.

Most of the meat by-products and meat that go into hot dogs comes from animals that are kept in tortured by being kept in unsanitary, unhealthy, overly crowded, and cruel conditions. Food manufacturers aren’t interested in raising quality animals for quality food, they want cheap food, nothing more. Read more why you should switch to grass fed meat.

Let’s look at the cold hard facts. Hot dogs start with an animal carcass, AFTER it’s been completely stripped of any and all meat that will sell. This carcass is then boiled, the “meat” that comes off the bones is then forced through a sieve, ground up into a paste ( called meat emulsion), add a ton of chemicals to make it taste good, use a few “binders” so these pieces stick together, then force it into membrane casings, and label it as an “all American food.”

What is actually left on an animal carcass that has been stripped of all its desirable meat? Not much, mostly some fat, gristle, and tendons. The meat industry has a nice name for this; they call it “trimmings.”

Unfortunately, the way animals are butchered leaves a considerable amount of bacteria on the carcass, but because hot dogs are “pre-cooked”, they can get away with using the head meat, animal skin, blood, liver, and other contaminated meat products.

Now it is true that cooking helps to kill the bacteria. It also separates the muscle, fat and connective tissues from the body of the animal. This leaves a slimy paste that manufacturers call “mechanically recovered meat.” It works like this: in huge metal vats, tons of meat trimmings are squeezed through tiny metal grates and then blasted with hot water. This mushy mess is mixed with preservatives, artificial colors, artificial flavors, an then drenched again in water before being squeezed into thin plastic tubes that go on to be cooked, packaged, and sold.

Ok, that’s the process; let’s look at the ingredients a bit more closely. 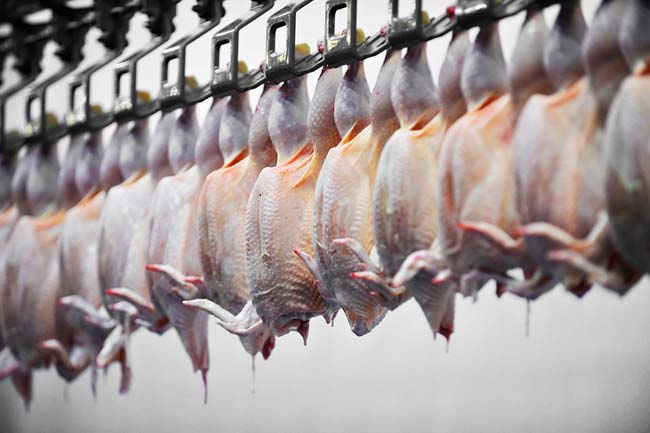 Meats that are used:

Of course, this is just the list of things that manufacturers actually use in their hot dogs. The process, though, leaves something to be desired as, according to reports released in the Freedom of Information Act, many foreign objects have been found in hot dogs including: maggots, razor blades, glass pieces, rat legs, used Band-Aids, and eyeball pieces. (We will wait while you go vomit) You can’t help but wonder; what happened to the rest of the rat?

Large factories can make out about 300,000 hot dogs every hour! When commercial establishments get this big, it’s not uncommon to find disgusting contaminants.

Think you are safe because you are eating “organic” hot dogs. Nope. So called “natural” or “organic” hot dogs must use a “natural” source of nitrates, so instead of chemical nitrates, they simply use organic ones, such as dried celery. It’s still a nitrate. In fact, the Journal of Food Protection published a study that showed that “natural” hot dogs had as much as 10 times the amount of nitrites that regular hot dogs do, depending on the brand.

Oh, and the “meat” from these organic hot dogs? No different than regular ones. If your hot dog says that it’s “all beef”, it truly is made from all beef. They simply used nothing but cow carcasses rather than a mix of carcasses. You are still eating the same thing as other hot dogs.

If you want to eat hot dogs or other types of processed meats every now and then, look for “uncured” varieties that state they contain NO nitrates. Also, it does help to choose hot dogs that say they are 100 percent beef or 100 percent chicken as this is the only way you can be sure that your hot dog at least is made from one species and will not include any byproducts or cross contamination.

Another great idea is to avoid “hot dogs” and buy sausages from small, local farmers that doe their own butchering and processing. They generally use all natural ingredients and they can tell you exactly how it is made and exactly what ingredients they used.