The Reason Behind The California Hepatitis A Outbreak 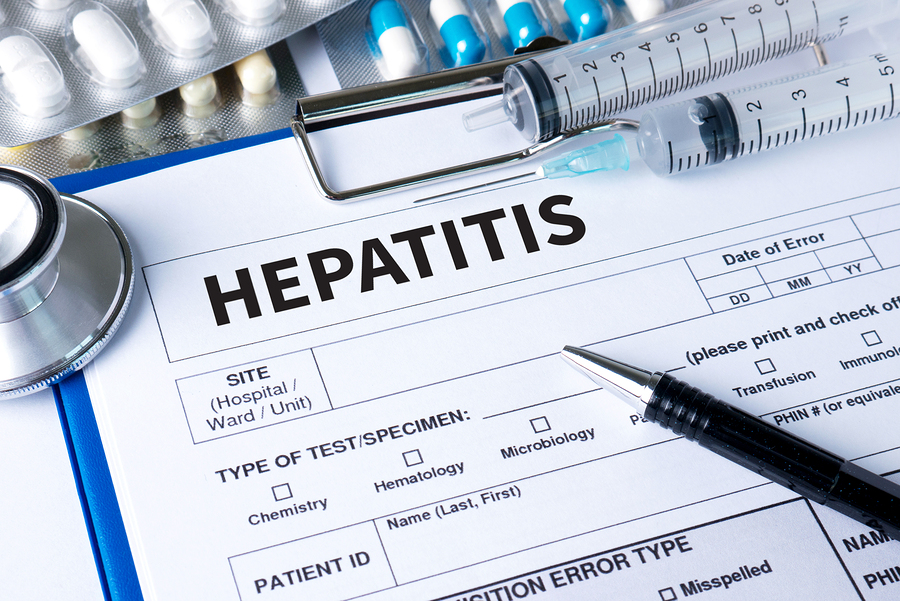 Hepatitis A is a disease in the liver, usually caused by the virus hepatitis A. The virus does not typically lead to any chronic infection or death, but it can be fatal to those with liver health or immune system issues.

This disease is one of the most common sources of foodborne infections. The hepatitis A virus is transmitted when an uninfected and usually unvaccinated person eats food or drinks water that is contaminated by the feces of an infected person. A simple way to illustrate this is when a person does not properly wash his or her hands after going to the bathroom and then afterwards the said person will either mingle with other people or touch their food. Another common way to transmit the disease is through sexual contact. Because of the way it is transmitted, this disease is commonly related to dirty water or food, unsanitary places, and poor personal hygiene.

In California, around 600 people have become infected with Hepatitis A this year. This number of cases has been considered the largest outbreak of the illness in the state of California for the past several decades. In fact, as of September 2017, in San Diego alone, there have been 450 reported cases while in Los Angeles and Santa Barbara County, around 80 have been infected. According to some research, the strain that was found in the area of San Diego is the same strain found in Santa Cruz. This has led the authorities to speculate that the outbreaks were related. The numbers are steadily rising as the days pass and as of end of October, there were already 19 people dead from the disease. Usually in every 100 cases of hepatitis A, only 1 dies. But this time, the disease has been taking lives at a faster rate. Authorities need to take some action but the big question is, why this is happening?

The majority of the reported cases of hepatitis A in California are in homeless people. This is no surprise because people who do not have shelter and who wander the streets are more exposed to pollutants and dirt, and they do not also have the adequate facilities to keep good personal hygiene. Aside from homelessness as the cause for major cases, another culprit is drug use. Some research have also found out that there are many cases of hepatitis A among illicit drug users, mainly because they tend to have personal contact with each other, especially when they are in groups sharing needles or other drug paraphernalia. A hindrance to solving this is the fact that most drug users also do not have access to vaccines. In fact, drug users are considered to have the lowest rates of immunization for hepatitis A. This is due to the fact that they do not also generally go to clinics to have themselves vaccinated or even checked. Homeless people and drug users are usually distrustful of health professionals. The causes of this year’s outbreak is something that the authorities did not foresee. In previous years, hepatitis A outbreaks were mainly caused by food contamination, but this time around, the causes were apparently due to human contact.

Given the fact that two of the prominent groups affected by the outbreak are hard to reach out to, authorities have resorted to other means of solving the problem. Therefore, some places have installed hand-washing stations and even disinfected some city streets in order to prevent other people from getting infected. In other areas, more health professionals are being trained to give hepatitis A vaccines. A state of emergency has already been ordered to give way for the vaccination efforts of medical clinics to have a wider reach. Drinking water in California is also being tested to ensure that it is clean and uncontaminated to avoid bigger outbreaks.

The state of California has already given out 80,000 vaccine doses to the public and has helped other municipalities get their own supply in order to prevent the disease from spreading. Vaccinations are highly recommended for people working in the food and health industry. Workers like waiters, servers, chefs and cooks, nurses, doctors and others are advised to get vaccinated immediately. Some people are also considered high risk of getting infected, including those who have liver disease, those engaging in homosexual intercourse, and those travelling to places that currently also have hepatitis A outbreak. Children above one year old are also advised to get vaccinated as soon as they can.

In order to help you be alert about the onset of the disease, especially if you live near the area where there are many reported cases, these are some of the symptoms of hepatitis A that you should look out for. A common sign is the yellowing of the skin and eyes. This condition is called “jaundice.” Other symptoms include fever, fatigue, abdominal pain, nausea, and vomiting. If you feel any one of these symptoms, then it is best to head to the nearest clinic or hospital to have yourself checked. The symptoms of hepatitis A can last from one to two months. There are cases when these symptoms appear longer. Therefore, monitor your condition and have yourself regularly checked by your physician to ensure that you are not carrying the disease.

RELATED: How To Avoid Tuna Contaminated With Hepatitis A

With the efforts that are being put into stopping the outbreak from spreading any further, there are some who are optimistic that these efforts will ultimately lead to the decline of hepatitis A cases in the future. However, before the state of California can get to that point, authorities have warned the public that this outbreak can take a few months to get completely under control. Therefore, everyone is advised to always maintain clean surroundings, especially the bathroom and kitchen area. Good personal hygiene is also important in order to ensure that no virus can come into contact with your body.

Related Posts
be awarehealth statisticsnatural living tips
Help Us Spread The Word!
Like Us On Facebook To Stay Updated!
I'm already a Naturalon fan, don't show this box again.