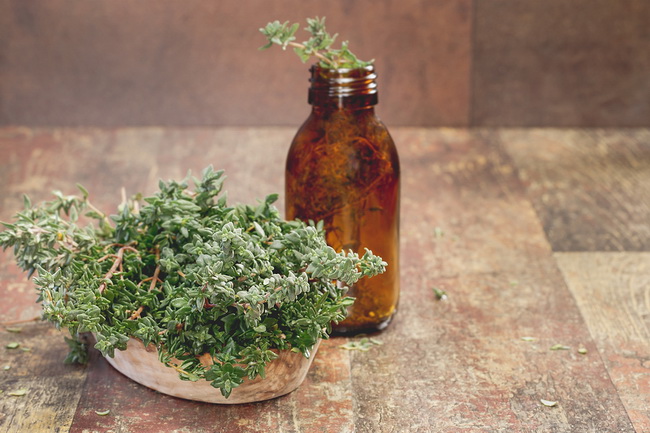 You most likely have a large bottle of thyme in your spice cabinet right now. It’s hard to imagine making any Italian dish without it, but its thyme’s antimicrobial compounds that get researchers to sit up and take notice. If you have used any type of mouthwash, such as Listerine, or even those green-colored household cleaners, then you have used thyme! A volatile oil in thyme called thymol has been found in studies to kill food borne pathogens such as shigella, E. coli, and staph. Thyme is also great for improving the digestion.

If you think of sage and think “sage advice,” you aren’t that far off. Sage has been shown to improve both mood and memory. In fact, one 2005 study found that when healthy volunteers were given sage essential oil, they not only felt more alert and calmer, but they remembered things better. Sage might also help those who suffer from dementia and Alzheimer’s. Sage inhibits an enzyme called acetylcholinesterase, which is the same thing that most Alzheimer’s drugs do. Sage is also terrific at easing menopause symptoms because it has estrogen-like effects.

Related Posts
cancerheart healthherbs
Help Us Spread The Word!
Like Us On Facebook To Stay Updated!
I'm already a Naturalon fan, don't show this box again.