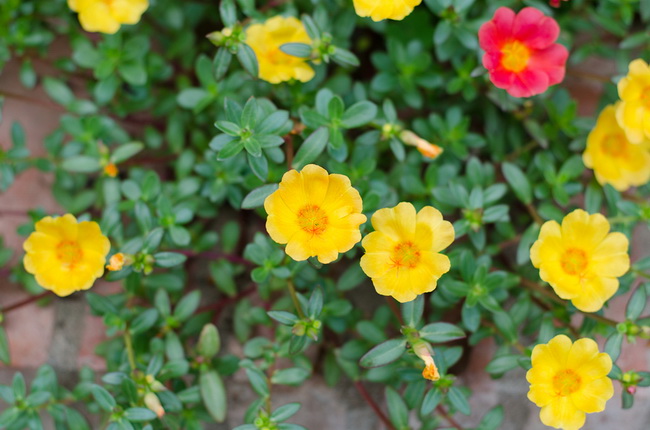 More than likely, you have some purslane in your yard, growing through the cracks in the sidewalk, or growing on the edges of the parking lot where you work, and you don’t even know what it is.

In America, purslane is thought of as an annoying weed, but those in the know recognize this weed for what it really is — a super nutritious source of food!

In today’s uncertain world, it’s always good to know at least a few edible plants that you can rely on, should you ever find yourself in a food shortage due to an emergency.

Purslane, scientifically called, is called by numerous names, depending on which part of the globe it is found, including: Pigweed, fat weed, little hog weed, and pusley. In Malawi, this round leafed weed is called “the butt cheeks of the Chief’s wife.” No comment on that one!

Purslane used to be quite common and was often used in salads, as a side dish, or sometimes eaten as it is: Raw, pulled right out of the ground. This weed is about 93 percent water and has a slightly peppery taste that reminds many of watercress or spinach.

Although this plant fell out of favor sometime around the 1930’s, it is making a comeback in many areas and is now often found in farmer’s markets.

Want to know more? Keep reading and find out everything there is to know about this common weed that you can eat, depend on in an emergency, and perhaps even sell to those who aren’t as savvy as you are!