The Benefits of a Power Nap 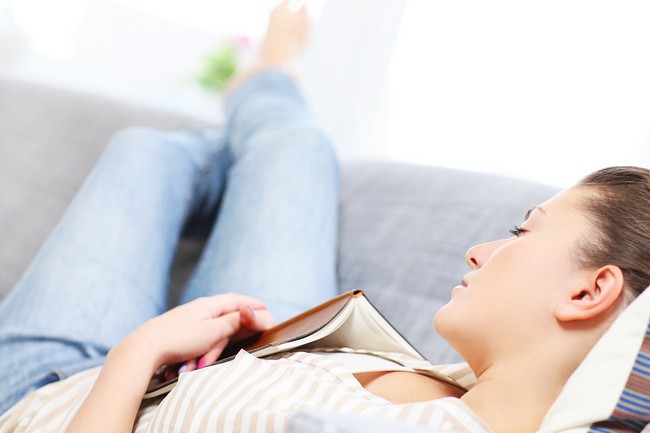 Have you heard the news? Naps are good for you! Your kindergarten teacher was right after all! Although many people believe that those who take naps are lazy, there is nothing further from the truth. Many famous, successful people took naps, such as Thomas Edison, John D. Rockefeller, Winston Churchill, even former President Ronald Regan took naps faithfully every day. More than one third of people say that they nap daily. What did they know that you don’t?

A quick nap of somewhere between 20 or 30 minutes is all you need to feel alert and recharged, not groggy.

Many people feel sleepy in the mid afternoon and eat a sugary snack to perk them up.

What you really need is a nap, it prevents afternoon burnout.

Did you know that a nap can reduce your risk of heart disease?

It’s true! Those who take a nap at least three times a week have a 37 per cent less likely chance of dying from a heart related illness. Find out the danger of lack of sleep.

You are more productive if you take a nap in the afternoon.

There are multiple studies showing workers become less productive as the day goes on, but a 30 minute nap greatly improved a workers performance.

If you have tried taking naps but find they either leave you groggy when you wake up, or not sleepy when your normal bed time comes around, you are probably not napping correctly.

Seriously, naps are much more complicated than they sound. You can’t just doze off anytime you like, you should plan when, where, even how long you are going to nap.

Stage one is when you are just dozing off, but not really asleep yet. If someone were to wake you up just then, you might tell them you were “just resting your eyes”, and not really asleep. Stage two is when your brain starts its repair and recalculations. This is when you need to wake up, after stage two but before stage three. Stage three is when you are truly asleep and will find it hard to awake. Sleeping for 30 minutes or less almost ensures that you won’t enter stage three. Read also about sleeping positions that are good for you.

Timing when you take you nap is as important as how long you will nap. Generally between 1PM and 4PM is the best time for snoozing. After 4PM, though, it might interfere with your usual bed time so try not to nap after that hour.

Related Posts
healthhow to
Help Us Spread The Word!
Like Us On Facebook To Stay Updated!
I'm already a Naturalon fan, don't show this box again.