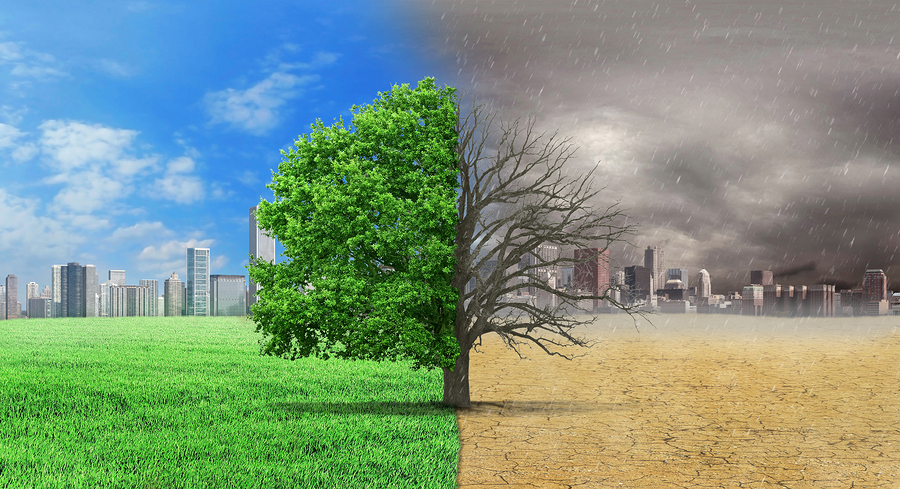 Most of us expect that certain things will always be available when we go to the grocery store. Bread will be in one aisle, rice in another, and dairy products in their proper refrigerated places. Thanks to global supply chains and international trade, seasonal fruits like strawberries are available year-round, and produce from far away locales can be found right down the street. But it turns out that food supplies are more fragile than you might think, and some scientists suggest they could be vulnerable to disruption from climate change.

As you know, certain types of plants are suited to certain environments. Palm trees thrive in tropical and subtropical climes and cacti flourish in the desert, while evergreens do well in temperate and subarctic regions. Plants that produce the fruits and vegetables we eat are also adapted to their environments, and so are the animals that eat them. Changes to the climate around the world will obviously alter the environments in which plants and animals arose. But what effects, exactly, will the rising temperatures that worry so many scientists have on agriculture and the world food supply?

In the past, scientists weren’t always worried. Since plants “breathe in” carbon dioxide and produce oxygen, it was once thought that increased CO2 levels in the atmosphere might actually boost the growth of plants and produce larger crop yields. The truth, however, is that the effect of climate on food supplies is a whole lot more complicated than that.

There are many unintended consequences of higher temperatures, according to Dr. Sam Meyers of the Harvard T.H. Chan School of Public Health. In an interview with Live Science, Dr. Meyers explained how higher temperatures and CO2 levels can alter weather patterns–specifically, rainfall patterns. Areas that once received the rainfall that’s necessary to produce good crop yields could be robbed of it, and other areas could get unusually high amounts.

Warmer temperatures will also lead to an increase in the range of insects and other pest animals which destroy crops. Pest bugs are believed to be responsible for up to 40 percent of all lost crops in some regions. Pest insects have natural predators like birds, and changes in the weather could cause some of those bird species to alter their migratory schedules and patterns. If this happens, the population of harmful insects that attack crops could grow unchecked.

These effects, if they come to pass, would be most pronounced in the tropical regions. On top of everything just described, higher temperatures could lead to desertification and working conditions that are unsafe for humans to harvest in. If it’s too hot for workers to safely harvest their crops, then less food will be produced. The tropical regions are also where most of the world’s population growth is predicted to occur during the next few decades. As you can imagine, this combination of factors has climatologists and public health experts concerned about food shortages in those regions.

Scientists claim that climate change could also affect ocean water temperatures. This could lead to fish altering their migration patterns and cause seafood shortages.