The Link Between Iodine Deficiency and Pregnancy 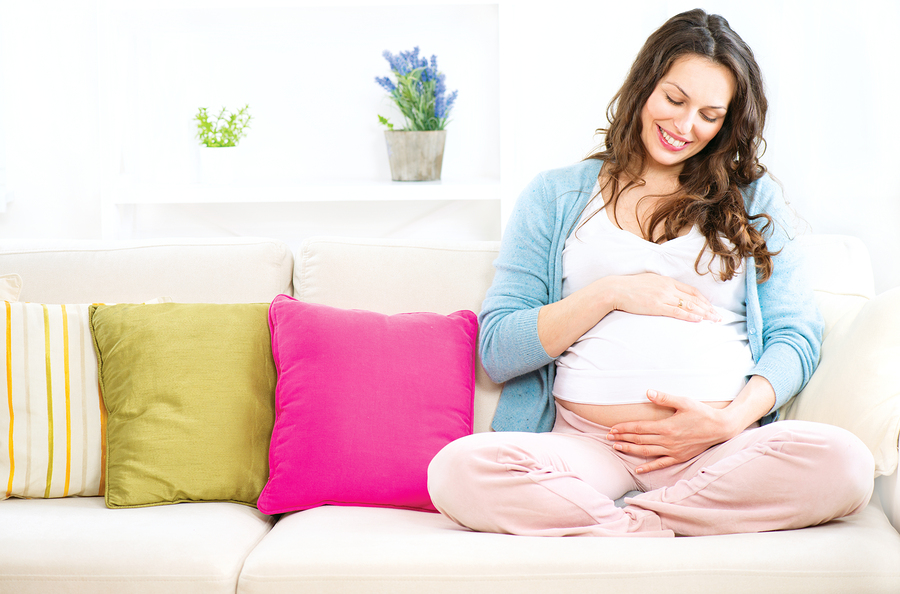 There are many factors which can influence a woman’s chances of becoming pregnant and new research suggests that one of the most important may be nutrition, and more specifically, whether or not a woman has adequate levels of iodine in her body. Let’s explore what this important nutrient is, and why it is so valuable for women who want to become pregnant, but to have a healthy pregnancy as well.

Iodine is a mineral on the periodic table of elements (number 53, to be exact), and it plays a very important role in human health though it is not well understood by the general public.

For instance, most people are aware that being deficient in say, vitamin C, can result in a weakened immune system, or that a calcium deficiency can result in weaker bones. An iodine deficiency, however, can cause your whole body to go haywire due to the critical role it plays in metabolic function.

The thyroid gland, located near the base of the throat, requires iodine to produce thyroid hormones which in turn helps to regulate metabolism and other bodily functions. Iodine also helps with brain development in infants and during pregnancy.

RELATED: The Health Benefits of Iodine

The Relationship Between Iodine and Pregnancy

A study at the National Institutes of Health (NIH) found that women who are deficient in iodine had a significantly lower chance of becoming pregnant than women with sufficient levels.

Researchers at the NIH used data collected from couples trying to conceive between the years 2006 and 2009 as part of the Longitudinal Investigation of Fertility and the Environment (LIFE) study, a larger-multifaceted study which examined the relationship between environmental factors, lifestyle, and pregnancy.

In this study, 260 women had iodine levels considered, “sufficient”, 102 were labeled, “mildly deficient”, 97 were, “moderately deficient” and 8 were considered, “severely deficient”. The researchers calculated each women’s likelihood of becoming pregnant during a menstrual cycle using the Fecundability Odds Ratio (FOR). A FOR of less than one was linked to a longer time to conceive, while higher than one meant a shorter time to pregnancy.

RELATED: 10 Foods That Can Endanger Your Pregnancy

Whose Chances are Higher?

According to their findings, women in the moderate-to-severe iodine deficiency groups had a 46% lower chance of becoming pregnant versus women with sufficient levels of iodine. The women in the “mildly deficient” group also had a slightly lower chance, but it was considered statically insignificant.

This is important news for any woman who is trying to become pregnant, but the value of iodine does not end with conception. This mineral plays an important role in the brain and bone development of infants in the womb. Research has found that women who don’t get enough iodine during pregnancy give birth to children with an increased risk of developmental intellectual delays. It is important therefore for women who are  trying to pregnant to be get enough iodine in their diet to reduce the risk of such issues.

Data from other sources indicates that up to 30% of women in the United States who are of child-bearing age are sufficient in iodine. Therefore, it is important for women who are trying to get pregnant to be getting enough iodine in their diet to reduce the risk of such issues, and for public health officials to put effort into educating the public about the importance of sufficient iodine intake.

Related Posts
be awarenutritionwomen's health
Help Us Spread The Word!
Like Us On Facebook To Stay Updated!
I'm already a Naturalon fan, don't show this box again.