The Many Benefits of This All Natural Ancient Lamp 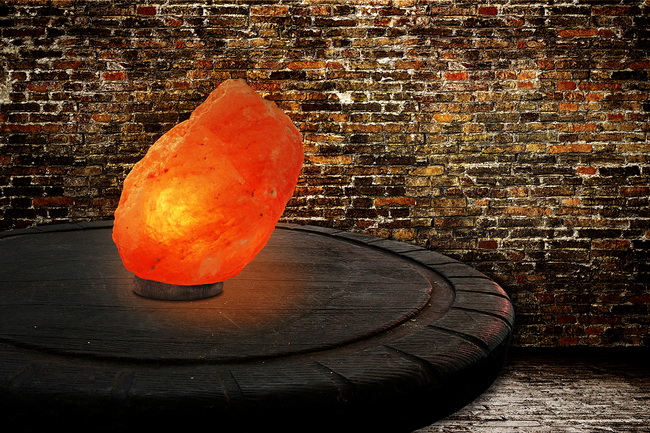 You might have seen these lamps before and simply thought that they were beautifully unique pieces of art but what you were actually looking at was a lamp made from the ancient salt beds of the Himalayan Mountains!

Sometimes referred to as “Vitamins of the Air”, salt crystal lamps are one of Mother Nature’s most perfect air ionizer, which can provide us with a wide variety of health benefits; everything from improving immunity to relieving migraines.

Millions of years ago, the continents of the earth collided with rising ocean beds. The oceans receded after untold eons of time, but they left their beneficial salt behind in what is now the Himalayan mountains. Oceans now cover about 70 percent of the earth’s surface but humans have now polluted much of the world’s oceans. Our ocean water is now dangerously contaminated with heavy metals such as arsenic, lead, cadmium, and mercury.

Himalayan crystal salt lamps come from salt that was left behind millions of years ago, when oceans were pure and clean, free from any man made pollution or contaminants. Crystal salt lamps are actually made from ancient sea salt. Read more about specific features of himalayan salt.

Homeopathic healers and bioenergotherapists in Europe have long recommended crystal salt lamps for the treatment of seasonal allergies, rheumatism, as well as respiratory problems. These lamps are also used in chromo therapy because their colors and the soothing light can help those who suffer from insomnia and nervous conditions.

SEE ALSO: 10 Natural Methods that Can Help with Insomnia

Crystal salt lamps are natural ion generators, putting out negative ions into the air. Why should you care about this? Negative ions are super good for you! Its negative ions that neutralize and restore air quality. Negative ions are known to improve health as well as treat illnesses. Our work places and homes are simply overflowing with electrical devices. Think about how many things in your house run on electricity; microwave ovens, heaters, refrigerators, televisions, computers, stereos, air conditioners, cell phones, radios, clocks, and video games, just to name a few! All of these items put out positive ions, which lower the electric energy levels in our bodies. This leaves us feeling tired, depressed, and cranky. Place a rock salt lamp in places where these positive ions are polluting the air will neutralize the air you are breathing. The proper balance of positive and negative ions is known to help reduce bacteria and viruses in the air.

The heat from a salt lamp that contains either a light bulb or a candle attracts moisture. The evaporation of the water through the salt puts negative ions into the air. The amount of negative ions a salt lamp will release depending on the size of the lamp as well as the size of the candle or light bulb. A night light sized lamp would be enough for a small cubicle office. The larger the area you wish to clean, the larger the lamp you will need. Negative ions occur naturally in nature, just before thunder storms, around waterfalls, almost any place you find pure, unpolluted nature.