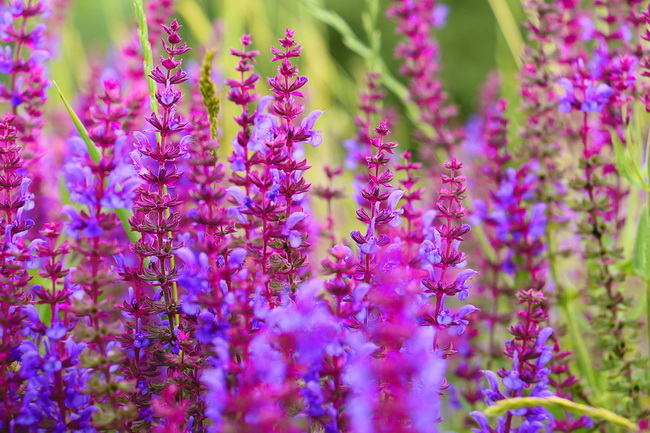 This herb does not get anywhere near the attention that others do, such as garlic, Echinacea, and goldenseal, but it has been used for ages thanks to its sweet savory flavor as well as its  medicinal compounds. It was first used in the Mediterranean region but has since gone on to be used all over the world. This herbs scientific name tells you everything you need to know about this plant “Salvia”, which translated is “to be saved” or “to cure.” The plant that has been called “the plant of immortality” by some cultures is known to us as sage.

Used as both a preservative and medicinal purposes for thousands of years, sage was extremely valued by the Romans and Greeks, who even had a ceremony to honor it. The healers of the Arab world of the 10th century believed that those who ate sage would be immortal and the 14th century Europeans later used it to fight off witchcraft. The 17th century Chinese reportedly traded three cases of tea leaves for one case of sage leaves, it was considered to be so valuable.

A few of the medicinal properties and health benefits of sage are:

This might be one reason that some cultures believe this herb keeps you forever young; its powerful anti-inflammatory compounds can help stop or improve conditions that are caused by inflammation such as asthma and arthritis. Sage contains rosmarinic acid, which is easily absorbed by the body and helps to control inflammatory response by the immune system. The leaves and stems of sage plants are also high in antioxidant enzymes, which can prevent oxidative stress, which can result in a wide variety of chronic diseases, including cancer.

Besides helping your body, sage can also improve your mental well-being. In one study, subjects took either a sage leaf extract or a sugar pill. Those who took sage had an improved mood prior to taking a stress simulation test. Those who took the higher 600mg dose also had improved levels of calmness, lower feelings of anxiety, and they were more alert overall throughout the exam when compared to those who took a sugar pill.

Research proves that sage alters a person’s cognitive ability and even shows potential for treating brain diseases such as Alzheimer’s disease. One study done by Northumbira and the University of Newcastle compared sage to a placebo in tests done involving cognition. Those who consumed the sage oil did better on word recall tests than those who took the placebo. 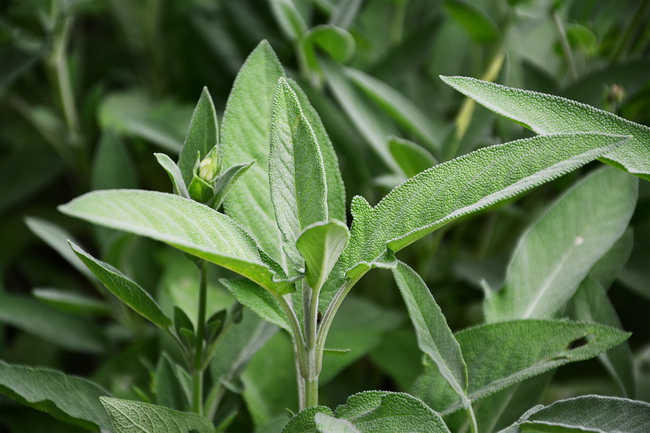 In studies done with animals, sage has been shown to reduce blood glucose levels, as well as cholesterol. According to the results of these studies, sage extract blocks the release of stored glucose from the liver, which lowers blood sugar levels. When compared to metformin, a common diabetes drug, sage has appeared to be just as effective and could play an important role in the prevention of type 2 diabetes. Further studies on humans are required to confirm these findings. If you are diabetic, talk to your doctor about adding sage to your diet.

Sage is known for having the ability to cleanse and detoxify the blood. Mixed with other herbs such as burdock root and/or dandelion, this herb becomes an easy yet powerful way to naturally detox the body and purify the blood, simply by adding it to food or drinking tea. You can also take a sage extract.

Another study shows that sage can support liver health. The article published in the Journal of Ethnopharmacology in 2005 describes the studies done with animals, when their water was replaced with sage tea and it was linked to the overall increase of antioxidant levels in the liver. Another study revealed that sage prevented the depletion of glutathione, which is an important antioxidant in the liver, by more than 60 percent in studies done with animals. However, the contemporary science lacks human studies of sage and the effect that large quantities of sage might have on the human liver. Always consult your doctor before adding sage, or any herbal supplement.

There are several varieties of sage. One type is called three lobed sage and it contains a flavone called salyigenin, which can help to prevent heart disease. Sage contains powerful flavonoids, phenolic acids, and enzymes called peroxidase and dismutase, which can neutralize free radicals, fight inflammation, and protect the heart by preventing atherosclerosis, also known as hardening of the arteries.

Menopause can bring some super annoying symptoms. Research shows that sage tea can at least help with hot flashes. One study showed that just one cup of sage tea reduced the frequency and intensity of hot flashes for as long as two days! Another study, done in 2011 showed that the post-menopausal women who took a sage leaf supplement, had significantly less hot flashes. This study was published in the journal Advances in Therapy and said that after 4 weeks hot flashes were reduced by 50 percent and after 8 weeks they dropped to 64 percent.

Recently a clinical study about Alzheimer’s patients was published in the Journal of Clinical Pharmacology and Therapeutics. It showed that patients with Alzheimer’s who had mild to moderate forms had improved their cognitive skills and had fewer periods of agitation after taking a sage extract for a 4 month period. Scientists believe that the positive effects of sage on the brain is related to the chemicals in sage that inhibit the production of an enzyme which interrupts the neurotransmitter function in those with Alzheimer’s. Scientists now plan further studies to see if sage can contribute to the development of a medication that, unlike other drugs that are used now, has fewer or no side effects.

SEE ALSO: Foods and Herbs to Add to Your Water That Will Do Two Important Things

Just one gram of sage has tons of vitamins and minerals. Vitamin K is the most prominent with just one tablespoon of sage having 43 percent of your daily recommended requirement. Sage is also a great source of vitamin A, fiber, calcium, folate, magnesium, iron, manganese, and B vitamins in much high doses then what is currently recommended. It also has good amounts of vitamin E, vitamin C, copper, and thiamin. All that in just one little tablespoon or about what you would use for a cup of tea.

Sage can be grown almost anywhere and is super easy to grow, harvest, and dry. If you are taking any type of prescription medication or if you suffer from any type of seizure disorder, always talk to your doctor before consuming sage.