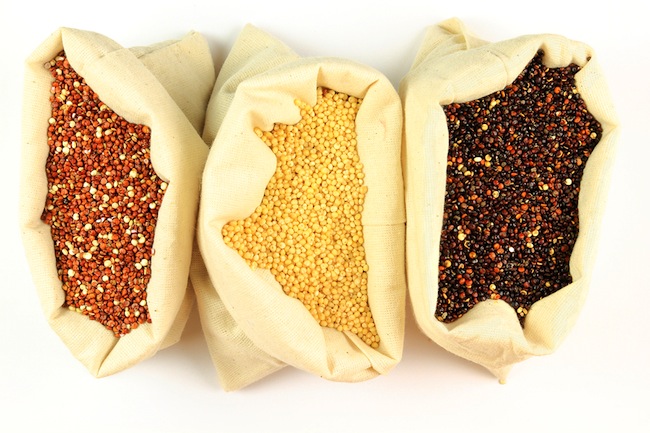 Maybe you haven’t tried it or perhaps you’ve heard of it, but you think it’s too much trouble to make it. Did you know that even the United Nations appears to love quinoa? They even named 2013 the International Year of Quinoa! This magic grain was once the staple food of the Andean people even before the Incas, so it holds all the power of the ancients in its history. This is one super nutritious grain that has amazing health benefits.

In ancient times, people roasted quinoa and made it into flour so that it could be used in traditional breads. Today, quinoa is used in numerous ways, including soup, salads, cereals, made into pasta, and much more.

This super food is still highly prized and is now shipped around the world. Technically, it’s not a cereal grain, but a seed. However, it can be easily prepared and is eaten similar to grains. Pronounced Keen-wah, it has been consumed for literally thousands of years but only recently has it reached its current “superfood” status.

Keep reading and discover everything there is to know about this fabulous grain and why it is considered by many to be the world’s healthiest food.

Losing weight is as simple as taking in fewer calories than you burn. Certain foods can help you burn more calories by improving your metabolism (therefore, helping you burn more calories) or by reducing your appetite (lowering the amount of calories consumed). Quinoa is high in protein, which can do both! The high amount of fiber in quinoa can make you feel fuller, which will make you stop eating sooner, consuming fewer calories. It also has a low glycemic index, which has been shown in studies to help lower the amount of calories that are consumed. Although there are no scientific studies specifically regarding the consumption of quinoa and weight loss, it is known that high fiber, high protein diets can help people lose weight.

The Inca called quinoa “the mother of all grains” and believed that it was sacred, a food left by the gods for human consumption and survival. Well, when you consider the amount of nutrition in this little grain, it’s no wonder! One little cup (8 ounces) of cooked quinoa, which is equal to about 185 grams, has 8 grams of protein, 5 grams of fiber, 58 percent of your daily requirement of manganese, 30 percent of your requirement of magnesium, 28 percent phosphorus, 19 percent of folates, and 15 percent of iron!

It contains small amounts of other minerals and nutrients including potassium, copper, and calcium, vitamin E, and the B vitamins. In fact, quinoa is so nutritionally complete that even NASA scientists have been thinking about using this food as a crop that could be grown in outer space.

Why are antioxidants so important? These compounds neutralize free radicals in the body. Free radicals are known to cause disease, chronic illnesses, and premature aging. Just how many antioxidants are in quinoa? One study looked at 10 different foods: 5 cereals, 3 pseudo-cereals (such as quinoa), and 2 legumes.

Quinoa had the highest antioxidant level of all the tested foods, hands down. Another study showed that allowing the seeds to sprout increased their antioxidant levels even higher. Studies show that those who consume diets high in antioxidant rich foods have lower levels of disease and live longer, healthier lives.