There Might Be Some Truth Behind The Crazy Cat Lady Story 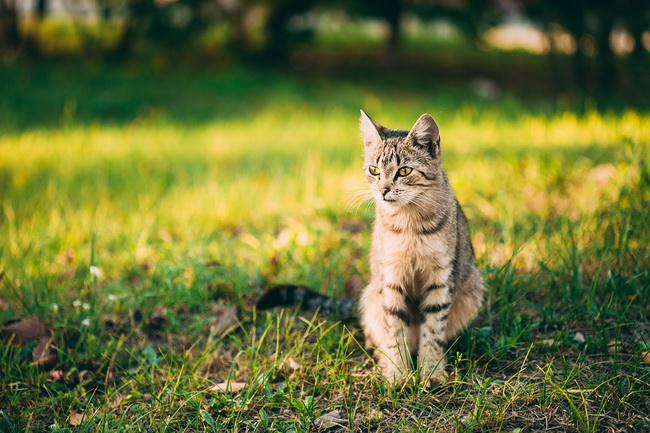 Chances are pretty good that you have met or you have at least heard about one so-called “crazy cat lady.” You know the ones: Generally women (but men are sometimes afflicted) who have more than four cats, and they tend to be a bit weird. Science says there might be an explanation for this — a parasite the lives in cat poop.

Cat ownership during childhood has been reported in at least three studies to be linked to schizophrenia or some other type of mental illness. This most recent study was published in the journal Schizophrenia Research.

The researchers work at the Stanley Medical Research Institute as well as the Robert H. Yolken of the Stanley Laboratory of Developmental Neurovirology. They looked at an unused questionnaire from 1982 that had previously been given to 2,125 families belonging to the National Institute of Mental Illness. These researchers found that more than 50 percent of the people who went on to develop schizophrenia had owned a cat during their childhood years. Two smaller studies done in the 1990’s also found a 50.9 and 51.9 percent correlation between owning cats in childhood and mental illness.

According to the ASPCA, about 37 percent of households in America own a cat. Estimates are that about 1.1 percent of the population has been diagnosed with schizophrenia.

Obviously, these studies show a link, rather than an actual causal relationship, but scientists believe that the parasite Toxoplasma gondii, which is found in cats and can be passed to humans, could play some type of role. Schizophrenia affects about 2.5 million adults in America, according to the Treatment Advocacy Center.

Scientists who conducted this study believe that T. Gondii sets up house in the brain and forms microscopic lesions or cysts, which then become activated during adolescence and affects the neurotransmitters in the brain. T. gondii is also linked to fetal development problems, blindness, miscarriages, and in a few extreme cases, even death. The Centers for Disease Control and Prevention estimate that more than 60 million American adults have T. gondii, but that those with healthy immune systems rarely have any symptoms at all. T. gondii can be transmitted to humans if they should touch infected cat feces, so cats should be kept indoors and away from stray cats that are possibly infected.

Of course, owning cats comes with plenty of benefits. The University of Minnesota’s Stroke Institute conducted a 2008 study finding that those who owned cats were 30 percent less likely to die of a heart attack. Numerous studies show that pets, including cats, can ease feelings of loneliness.

America has long made an association between craziness and cats. Consider the Crazy Cat Lady from The Simpsons, or Inspector Gadget’s Doctor Claw and his cat M.A.D. But Hollywood movies aside, the evidence regarding mental illness that T. gondii can cause in humans, called toxoplasmosis, has been mounting. Although this belief has been around since at least the 1950’s, it couldn’t be proven at that time. The available evidence now for the association between schizophrenia and toxoplasmosis is huge. Toxoplasma infections preceding a diagnosis of schizophrenia have been widely described. Also, a higher severity of schizophrenia symptoms has been noted in patients that have been infected with this parasite.

Since it is estimated that half of the world’s population could be infected with T. gondii, we can assume that simply having this parasite is not enough to induce schizophrenia. So while this parasite might be one part of puzzle, it doesn’t solve the entire puzzle.

Further studies are needed to ascertain exactly what the link is between owning cats and schizophrenia. The authors of this study encouraged researchers in other countries to do their own studies so this link might be better understood.

Related Posts
be awarehealthwomen's health
Help Us Spread The Word!
Like Us On Facebook To Stay Updated!
I'm already a Naturalon fan, don't show this box again.