This Diet Removes Uric Acid From Your Joints Best 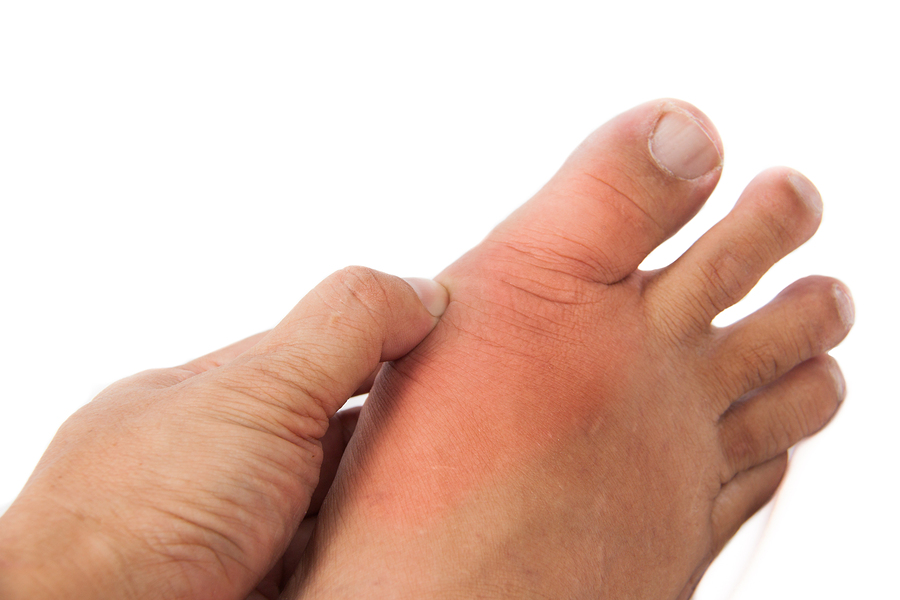 It’s no secret that the Standard American Diet is no good for you – but it seems that there’s one more reason why you should be steering clear of it (if there weren’t enough). A diet high in acidic foods has been tentatively shown to induce the body to hold on to uric acid instead of excreting it which can lead to buildup and an ailment called gout and general pain in the joints and the crystallization of uric acid in the body. The opposite was also found to be true, for the participants in the study at least, that a diet high in alkalizing foods helped the body to eliminate uric acid.

RELATED: Top 35 Alkaline Foods To Naturally Balance Your pH (A Must Remember List!)

Gout is caused by excessive uric acid and is a form of arthritis. It presents itself with extreme pain in the joints and most often attacks the big toes. The symptoms of gout most often present themselves at night in the form of excruciating pain at the base of the big toe and the joint becomes hot, swollen, and tender where even the weight of a bed sheet on it is extremely painful. Gout can also be present in the joints of the ankles, wrists, knees, fingers, and elbows.

The initial attack of gout is very painful for most people and although the worst of the pain only lasts a few hours, there will still be lingering pain for days, weeks, or even months before it goes away completely. Unfortunately, if not treated, gout attacks become more common and can become increasingly worse as the uric acid builds up more in the body. The attacks can present themselves in other parts of the body and can be at different times or at the same time. Untreated gout can also lead to kidney stones and thus difficulty and pain urinating.

There is no common cure for gout and instead the symptoms are managed whenever they flare up including pain relievers for when joints are inflamed and hurting as well as anti-inflammatory medications. Other medications that can be prescribed include uric acid reducers and steroids. Most doctors will tell their gout patients though that they should also change their diet, exercise, lose weight if they are overweight, quit drinking, and eat less meat.

Most of the lifestyle changes that doctors recommend, unfortunately, are not always followed by patients. The thing is, these lifestyle changes seem to be a potential ‘cure’ for gout as they lower the levels of uric acid in the body and help to get rid of the already present uric acid. The study below went out to prove just that and it seems that their results were positive.