Top 10 Apocalyptic Risks to the Survival of the Human Race

In case you aren’t up on the latest in television programs, a show about surviving a zombie apocalypse (The Walking Dead) is the top of the heap when it comes to ratings. In this show, a virus (that is presumed to be government made and spread by accident) has spread like wildfire all over the planet, killing off (well, almost killing. If no one whacks you in the head, you spend your life as a flesh eating zombie) most of the human race, while the few remaining living human beings run around trying to find ways to survive.

Now other than a few politicians, we all know that zombies are real. Even though the thought is most entertaining (and you can’t help but start wondering how you would survive in such a scenario) it is really not a very likely scenario for the end of the human race. Or is it? Perhaps not the zombie part, but how about the virus part? Interesting thought, isn’t it?

Although it is difficult for humans to imagine this world without “us,” it is certainly possible. And rest assured, if something should happen to us, if we should be killed off by a virus that only affects man, for example, life on earth will not end. It will go on without us, the same way it went on after the dinosaurs were extinct.

Actually, there are several very real and very possible scenarios staring us right in the face, right now, today. These aren’t some Hollywood movie scenarios, either; these are very real possibilities that, if we don’t get a grip on things, could actually end life on earth as we know it. There are a few that are a bit out of our control, but we could at least prepare for them.

Curious? Keep reading for the very real top 10 scenarios (in no particular order) that could end life on this planet as we know it.

One of the very real ways we could end our own lives on this earth is a loss of biodiversity. You most likely learned in school that life operates on a food chain system- you know, spider eats ant, bird eats spider, dog eats bird, bear eats dog, man eats bear, man dies and ants eat man. When you break this food chain with the extinction of one too many species, you start a chain reaction that cannot be stopped. In an environmental report released back in 2005, the Millennium Ecosystem Assessment stated that between 10 to 30 percent of all mammals, birds, and amphibians on earth are in real danger of extinction because of humans.

This includes deforestation of the planet, carbon emissions, invasive species introduction (such as boa constrictors in the Everglades), and over-exploitation of food sources. If we experience a massive extinction of many species (such as bees or frogs), the chain reaction may be catastrophic. This has happened 5 times in the history of earth, so it’s not impossible to imagine it happening again, and taking us along with it.

New diseases are being discovered every single year, many of them caused by viruses. Back in 1918, the Spanish flu killed somewhere between 25 and 50 million people. Now think about all the recent pandemic scares we have experienced just in the past 50 years: AIDS, SARS, Avian Flu, Swine Flu, and, most recently, Ebola. See how to protect youselves from deadly viruses.

In our modern world, we can be almost anywhere in the world in hours via airplane. It is not impossibility, not by a long shot. Although it is not in the interest of a virus to kill all its hosts, but a flu strain that jumps, perhaps, from birds or pigs to humans, might wipe out human beings but leave plenty of pigs behind to continue to carry the virus. Never underestimate what nature might do.

We have plenty of active volcanos around the planet, but we aren’t talking about your everyday, run of the mill volcano, we mean super volcanos. Benfield Hazard Research Center at University College London will tell you that about every 50,000 years or so, the planet gets slammed by a super volcano that can decimate more than 1,000 square kilometers of land and the surrounding continent has the air injected with sulphur gases and the land is covered in ash.

This sulphur acid that will be blasted into the atmosphere will travel all around the planet and reflect our sunlight back into space for years. This means noon will look like midnight with a full moon. The last super volcano erupted in Indonesia about 75,000 years ago. We have a few super volcanos that we know about in Sumatra, Indonesia, and Yellowstone National Park. Be afraid. Be very afraid. 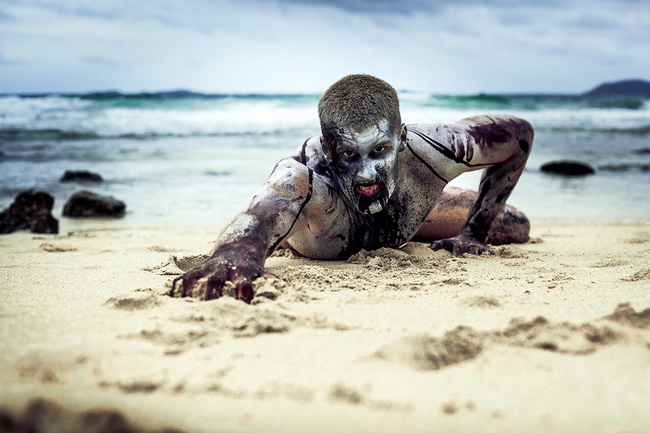 AKA, the Skynet Scenario. This might sound like more Hollywood movie fare, but think about it. We already have turned over control of our cars, phones, surgery, airplanes, the stock market, our banking, even our medical records.  The joke on Facebook is, “Remember when people were smart and phones were dumb?”

We keep making computers smarter and smarter, logic should tell us that it is only a matter of time before we make computers that are smarter than we are. Some scientists believe that by as early as 2045, computers will be billions of times smarter than we are. What happens if they decide they don’t need us? Sounds like something from the Sci-Fi Channel, but genius Stephen Hawking believes it is a possibility, so why shouldn’t we?

We know that bees are dying, by the thousands, but we really aren’t sure why. We have lots of suspects, but no real answers. It’s estimated that one out of every three bites of food that are consumed every day around the world depends on pollinators like bees. This is a fairly obvious connection: no bees, no pollination, and no food (or very little). It’s not that hard to imagine that if we don’t find out what is killing off the world’s bees, it’s not hard to imagine that the human race might face major food shortages, which will cause war, chaos, and very possibly human extinction.

Although climate change deniers will tell you otherwise, it is very, very real. And it is being caused by man. As we continue to burn carbon like there is no tomorrow, and eat more and more meat every year, the greenhouse gases are increasing in our atmosphere by leaps and bounds. The Arctic ice cap is melting, the oceans are more acidic than ever before, the storms on our planet are becoming more and more powerful, the Amazon rain forest is trying out along its edges, and our planet looks pretty sick. In fact, some environmentalists think that we are already past the point of no return and that even if we manage to cut way back on our carbon emissions, the earth will keep warming and we can’t stop it. Imagine the life that is possibly awaiting our grandchildren.

Super bugs are anti-biotic resistant bacteria. These super bugs are growing stronger and stronger every single year. We take antibiotics for granted and we shouldn’t because one day, we will create a bacterium that does not respond to any known antibiotic and it begins to spread. Imagine smallpox that cannot be stopped. 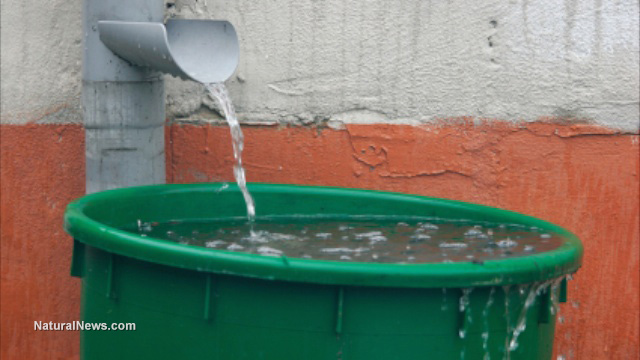 Every living thing on this planet needs water to survive, in one way or another and in one amount or another. Humans continue to dump toxic chemicals, trash, and plastic in the oceans and waterways without any thought to what we would do if we end up poisoning our water supplies to the point that we cannot sustain life. Of course many people believe that we can simply use filters, right? Well, yes and no. True, we can use filters for our own drinking water, but what about acid rain that falls on our crops? When most of the species that live in the water die due to pollution? Imagine this planet with dead oceans? It is entirely possible that the human race could literally poison itself to death. Could the World Run Out of Fresh Water by 2040?

This is another not-so-far-fetched idea, especially not in today’s world. There are plenty of terrorists groups that would give anything to get their hands on a couple of nuclear bombs or a great deal of anthrax, Ebola, or some other type of virus. Many people believe that this type of scenario for the end of the world is not only not out of the question, but that it could happen within in the next 25 years. With the ever increasing number of unstable countries (Pakistan), or unstable dictators (North Korea), the possibility that some terrorist group gaining control of either nuclear or biological weapons really seems more like a question of when and not a matter of if.

SEE ALSO: Are You Prepared for the Zombie Apocalypse?

We said that this wasn’t a possibility and in some ways it isn’t but…let’s drop this little scenario on you and see what you think.

There is a certain parasite called toxoplasma gondii, who we will call Gondi for short in this article. Gondi can only reproduce inside a cat’s intestine, but Gondi, this little stinker, has somehow made the jump to rats. So here’s how Gondi works this little trick; Gondi takes over an infected rats brain and actually makes it interested in hanging around with cats. Yes, crazy but true. So, rat tries to cuddle with cat, so cat eats rat, Gondi reproduces in the cats intestines. Ok, so how does this apply to humans? Have you ever wondered why scientists use rats in so many of their experiments? It’s because rats and humans are very much alike. And about half of the humans on this earth are infected with that nasty little parasite, Gondi. Now this parasite doesn’t happen to affect humans the way it does rats. (Or does it? Crazy cat lady anyone?) OK, but viruses mutate. Viruses can be manually manipulated in laboratories. Get where we are going with this? What if this virus could be manipulated so that half of the world’s population was under some sort of mind control? Forced to eat junk food, drink fluoridated water, unable to think in a rational manner. Sound too far-fetched? Really?