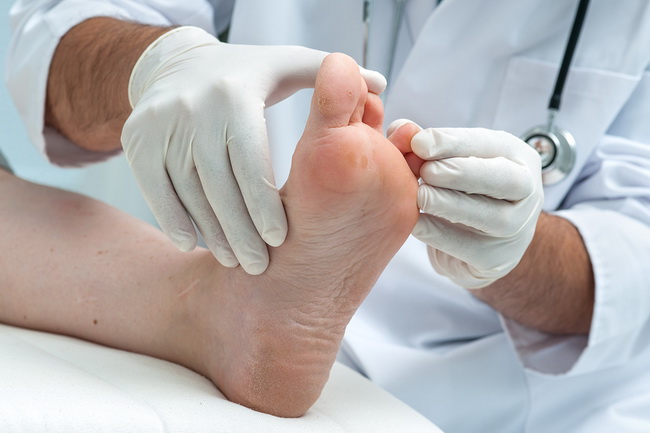 If you have ever had athletes foot, you know that the burning, itching, scaling, and peeling is oh so annoying! Many people reach for those over the counter medications but they can be super expensive and many of them don’t work all that well.

Athlete’s foot is a fungal infection that often occurs between the toes but if not killed, the yeast spreads to the bottoms of the feet. There are three types of fungal foot infections, commonly called athlete’s foot, “moccasin” type, which causes dryness that is so extreme it often tears the skin; vesicular, which is due to allergies to fungus and can cause blisters; and ulcerative, which is the most severe type and tends to cover large areas.

These infections are very contagious and are easily spread in places that tend to stay wet or damp such as gym locker rooms, public showers, nail salons, and swimming pools. Once contracted, it’s difficult to get rid of, but there are numerous home remedies you can use that can kick athlete’s foot out of bounds and out of your life!

Soak your feet in warm water and cinnamon for about 10 minutes every night. Cinnamon is a natural anti-fungal so it’s going to kill that fungus dead! Boil some water, then add a few cinnamon sticks and let simmer for about 5 minutes, then allow to cool. As soon as it’s cool enough to put your feet in, dunk those puppies and let them soak. Now this won’t kill it in one day, but you should see an improvement in about a week.

If your athlete’s foot isn’t too severe or you just got over a case of it, try rinsing your feet after every shower with lemon water. Squeeze the juice from one lemon into about 2 cups of water. After a shower, pour the lemon water over your feet, especially between your toes. Allow to dry and you are good to go!

Tea tree oil has natural anti-fungal qualities and it’s often just as effective as those over the counter medications. Tea tree oil has been reported as being very effective even against stubborn athlete’s foot infections. Wash and dry your feet well, then apply some tea tree oil to the affected areas using a cotton ball. Allow to air dry completely. This won’t work magic overnight, but you should start noticing a difference in about a week.

Related Posts
bodyhealingnatural remedies
Help Us Spread The Word!
Like Us On Facebook To Stay Updated!
I'm already a Naturalon fan, don't show this box again.