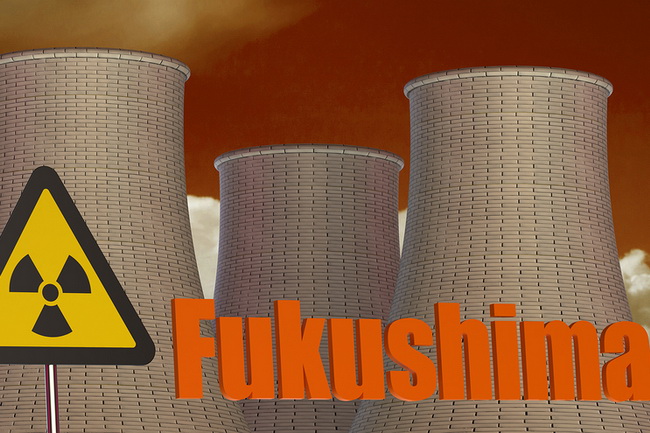 Although Fukushima has faded from the mainstream media, its meltdown is still an on-going problem. The nuclear regulator in Japan has leveled up the threat rating of a new leak of radioactive materials at this inoperable plant from one point to three.

As of today, officials say that more than 300 tons of radioactive water has leaked into the ground from a storage tank. This is the first danger increase since the reactor had its meltdown in March of 2011.

A lot has been written about this disaster, and you might be sick of the whole thing, but that doesn’t change that fact that this disaster will eventually affect everyone on this planet.

If you read nothing else, these are top five facts that you MUST know about this terrible disaster and how it will affect you and your family.

1.  What Does This Rating Mean?

The scale used by Japan is called the International Nuclear and Radiological Event Scale, or the INES, and it has been in use since 1990. This seven-point rating system describes the danger and harmfulness of nuclear disasters with the scale ranging from one point for the minor accident to seven points for the major ones. The Nuclear Regulation Authority in Japan assigned the accident in Fukushima to level seven when it occurred in 2011. This new leak, although initially given the rating of one when it first happened, has now been reviewed to level three, which is defined as “serious.” Although this event needs to be confirmed by the United Nations, it implies the release of radiation measured to more than one Sievert per hour. A Sievert is one unit of radiation dose comparable to 50,000 front-view chest X-rays. This means, that the current leakage involves more than 50,000 chest x-rays full of radiation, leaking into the ground, every single hour. Scary stuff to say the least.

2.  Is Anything Being Done To Stop The Leak?

Although plant workers have started to take out the soil around the leaking tank and any water still inside of the tank was removed by the end of August, we are merely talking about one tank. There are hundreds of other tanks still there with rubber seals which were designed to last only about five years. Keep in mind that this disaster occurred in March of 2011. Although the company has said that they plan to build more watertight tanks with welded seams, the fact remains that there are still hundreds of tanks with rubber seals designed to fail within a few years.

It will take decades to clean up all the radioactive water — to say the least. Officials are trying to choose between several methods to prevent this contaminated water from flowing into ocean waters. Some of the options include freezing the ground around the entire plant; forcing in the surrounding earth with a jelly-type substance which, when fully hardened, becomes as strong as concrete; or other extreme and costly measures. Even after all that, there is no fully integrated plan which would treat the situation systematically – there are only plans for containment.