Are Walnuts The Secret To Weight Loss? 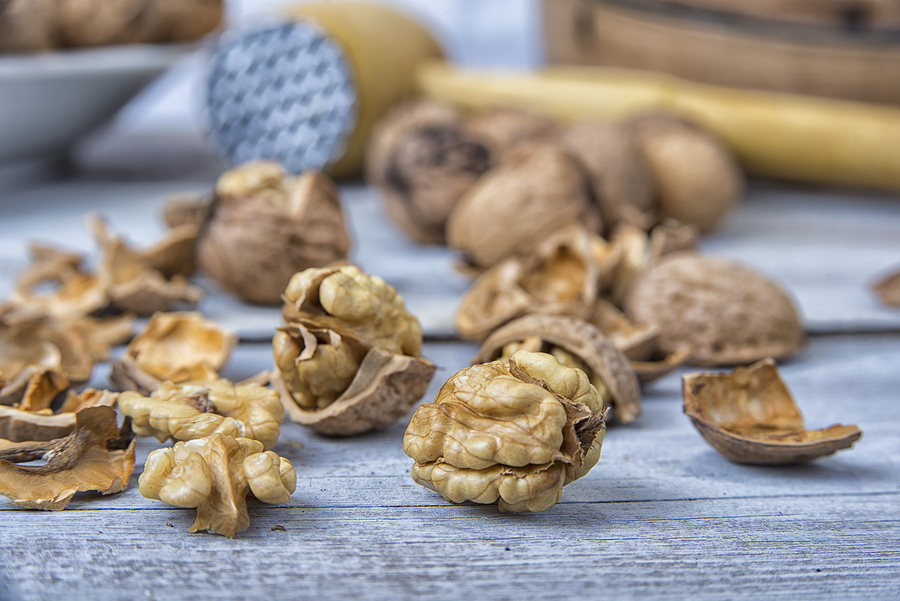 Everyone is always looking for a dietary hack that will help them lose weight. Some people embrace the Atkins Diet while others stick to the traditional low-fat options of muffins, yogurt, and everything in between. But a new study suggests that a snack item that many would not suspect is actually a great option for losing weight. It turns out that walnuts might be the key to shedding unwanted pounds, and preventing weight gain— though not for the reasons you might think.

What’s the Deal with Walnuts?

Walnuts are considered a tree nut which puts them in the same category as nuts like pistachios, pecans, cashews, and the almost impenetrable brazil nuts. Walnuts are a popular ingredient in many pastries and dessert items, but in recent years as healthy eating has become more mainstream, more people are learning about the multitude of health benefits offered by these delicious nuts.

For one thing, walnuts have an impressive nutritional profile. A ¼ cup serving of walnuts offers high quantities of vitamins and minerals like biotin, manganese, and copper. The same serving size also provides 100 percent of the daily recommended amount of omega -3 fats.

The specific type of omega-3 fat found in walnuts is alpha-linolenic acid, or ALA, a compound that is notable for its anti-inflammatory properties. ALA has been shown to prevent the formation of blood clots which can cause a heart attack. One study found that simply eating four walnuts each day was enough to significantly increase levels of ALA and reduce the risk of cardiovascular disease.

In addition to all this, walnuts also contain antioxidant compounds called polyphenols which help combat the harm caused by free radicals in the body and reduce oxidative stress on cells. These antioxidants can also improve brain health and cognition according to some studies. 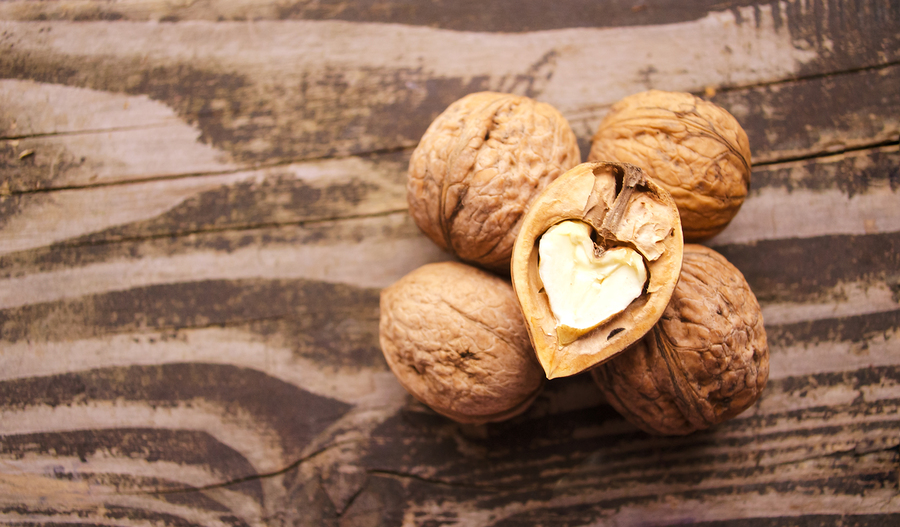 The Relationship Between Walnuts and Weight Control

According to a recent article in Harvard Medical School’s website, walnuts may contain nutritional properties which help prevent obesity. The study was originally published in the Diabetes, Obesity and Metabolism medical journal, and details a fascinating study that shows how this humble everyday nut may actually help your brain stop you from overeating.

The study was carried out at the Beth Israel Deaconess Medical Center (BIDMC) located in Boston, Massachusetts. The researchers wanted to determine whether or not there was any relationship between the consumption of nuts and cravings for food.

They recruited 10 volunteers for the double-blind study, which was broken into two five-day sessions. In each session, the researchers provided the volunteers with smoothies which they were instructed to drink. In each session, half the participants received a smoothie that had 48 grams of walnuts blended in, while the other half received a “placebo” smoothie which was identical in taste and nutritional profile, just without any walnuts added.

At the end of each 5-day session, the volunteers were shown images of fattening, high-calorie foods. While this was going on, scans of their neural activity were performed using functional magnetic resonance imaging (fMRI).

When the brain experiences desire for a food, it is caused by a specific form of brain activity. Medical experts who know what to look for in brain imaging scans can identify what a given type of brain activity means by examining the scanned images. The researchers found that participants who consumed the smoothies with walnuts added in experienced a reduction in neural activity associated with food cravings.

This proved that walnut consumption led to fewer food cravings, and thus reduced the likelihood of overeating. Eating walnuts not only provides you with plenty of nutritional benefits, but it can make you feel fuller, and prevent you from experiencing the desire to eat unhealthy foods in the first place— a pretty significant discovery.

More research needs to be done, but this is exciting news for people who need an extra ally in their battle against overeating.