Want Better Health? Turn Down that AC at Night

Have you heard the term “brown fat” before? No, not like your brother’s last BBQ, but in regards to your health. Recent research has shown that brown fat is a good thing and that sleeping in a cooler room, even if it costs you a bit more on your electric bill, is a great way to boost your health. When you increase your metabolism, you gain metabolic advantages, at least according to this new study. The study tested five men over four months, in climate controlled rooms with manually adjusted temperature. Researchers found that the men who slept in rooms with temperatures of 66 degrees had more brown fat, as opposed to the typical white fat, which is important to metabolic improvements. This study was conducted by the National Institutes of Health. 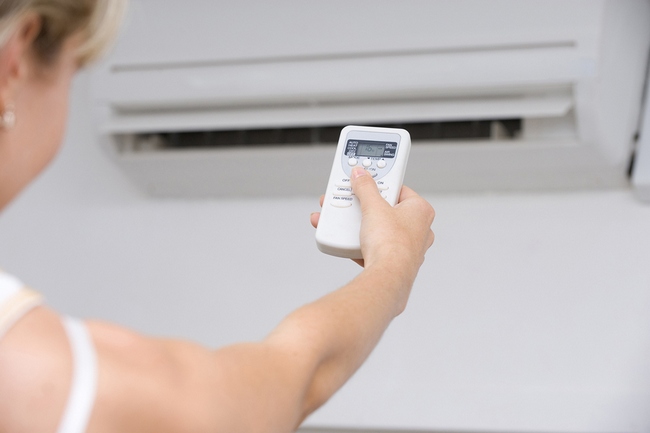 Think of white fat as the fat your body stores for later use. Brown fat is more like an active type of fat, the fat that burns calories trying to keep your body warm in order to protect your vital organs. Babies have brown fat because they need to keep warm, according to the National Institute of Health. Even as adults, we still keep some of that baby brown fat.

It’s interesting to note that, after subjecting these same men to four weeks of sleeping at 81 degrees, all metabolic enhancements were reversed, as the men had less brown fat than even before they had their first exam performed. Brown fat is excellent at ridding the body of glucose. Even keeping workplace environments cool could be enough to expand the amount of brown fat in the body. People who work 40 or more hours per week in cooler temperatures are great examples of this.

This test was performed on healthy men with lean, average bodies and the men performed their normal daily activities. The test began with 4 weeks of sleeping in temperatures of 75 degrees, then 66 degrees for the next 4 weeks, then returning to 75 degrees for another 4 weeks, and the last 4 weeks the men slept in temperatures of 81 degrees. Researchers noticed during the 4 weeks of 66 degree temperatures, the men doubled their amount of brown fat and the insulin sensitivity of all the men improved.

Prior studies showed that shivering caused people to increase their body’s production of heat and therefore caused them to burn more calories. One study done in Japan showed that people had a measurable drop in body fat after spending only two hours a day at 63 degrees for about a 6 week timeframe.

A staff member from the National Institute of Diabetes and Digestive and Kidney Diseases stated that people who were insulin resistant or that were overweight might benefit from this sleeping method (read also about cancers that come from being overweight). In previous studies, this team analyzed the effects of acute exposure to cold. They identified “crosstalk” between the brown fat tissue and skeletal muscles that is mediated through hormones that are exercise induced. These types of metabolic signals could help the body maintain its core temperature more efficiently.

Although scientists aren’t ready to tell us exactly how long we would have to sit in a chilly room to burn off the same amount of calories as we do working out, they will tell you that it is clear that adapting to colder temperatures makes the body burn more calories to stay warm as well as burning calories more efficiently throughout the day.

Our bodies are extremely efficient machines when we give them the right tools to work with. What tools are you giving your body today so that it can work at maximum efficiency? Will you give it the healthy fats it needs such as organic coconut oil and organic avocados (find out avocado benefits)? Are you going to take time to read research that will show you ways to become healthier and for dangers in our food and environment? Or do you plan to spend another night camped out on the sofa watching mindless drivel on the TV?

Investigate your own health with real research and find out ways you can protect yourself from the toxic foods corporations are forcing down our throats, the natural and holistic ways to monitor your metabolism and insulin resistance, and turn everything that you eat and drink, everything you put on your skin and hair, into something your body wants and needs. That’s the ultimate organic experience.