11 Amazing Benefits of This One “Grainy” Drink 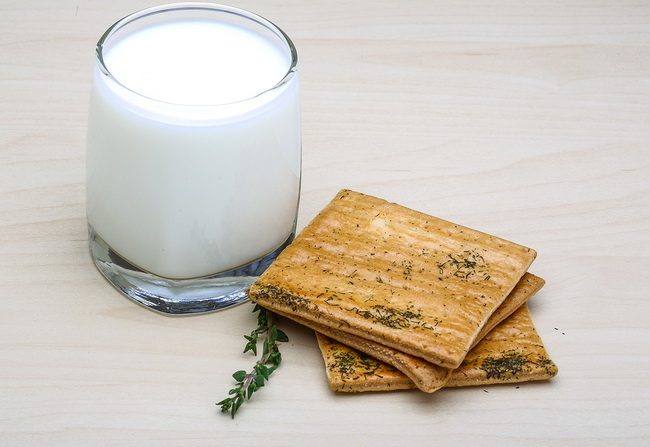 If you aren’t familiar with kefir, it is a fermented drink which is traditionally made from either goat’s milk or cow milk. Kefir grains are added to the milk, causing them to multiply and ferment the natural sugars in milk, changing it into the drink we call kefir. These aren’t grains such as wheat or rice, but are actually grains of cultured yeast and lactic acid bacteria, which looks something like a cauliflower. Once the milk has fermented, the “grains” can be removed and used again. Kefir is thought to have originated in Eastern Europe. This name comes from the Turkish word “keyif,” which means “good feelings,” especially used in terms of how you feel after eating. Kefir is very nutrient rich with a 6 ounce serving containing 6 grams of protein, calcium, phosphorus, vitamin B12, B2, magnesium, and even a bit of vitamin D. All of this comes with only about 100 calories, about 7 grams of carbs, and depending on the type of milk you decide to use, 3 to 6 grams of fat.

4.  Beats the Heck out of Yogurt

If you tend to get sick often, or when you come down with a nasty flu or cold bug, ditch the antibiotic and better opt for kefir instead. One study done in Ireland at University College Cork compared several lactobacillus probiotics products to the typical antibiotics in several animal studies that were similar to human beings. In all those three studies, scientists observed a positive effect: the animals all had a heightened immune system that offered protection from infection. In fact, scientists found that probiotics worked just as well and in some cases even better than antibiotics in not only killing the infection, but in resolving the symptoms.