You might have heard a lot of buzz lately about coconut oil. You might have wondered what all the fuss was about, right? Corn oil, soybean oil, canola oil, coconut oil, what’s the big deal?

It’s a very big deal and if you haven’t heard, well, pull up a chair and keep reading. Coconut oil has a huge amount of health benefits that you won’t get from those highly processed, GMO vegetables oils.

We have created a list of the top 15 simply amazing health facts about coconut oil. Read on and find out what you are missing!

If you find you get those cravings for sugar in the afternoon or just before bed, you are not alone! Rather than reach for those shortbread cookies, try a teaspoon of virgin coconut oil. Good quality fat is much more satisfying to the body than carbohydrates. This means that if you can break that sugar habit and eat less sugar, you will feel less hungry. Also, the less sugar you eat, the less your body wants. When you consume the right amount of fats and protein, your body uses its energy reserves (fat) more efficiently.

In the past, coconut oil was given a bad rap because it contained saturated fat. The problem was that we didn’t fully understand fat at the time. Coconut oil really is one of the richest sources of saturated fat on the planet, with more than 90 percent of its fatty acids being saturated ones.

With advancement in technology, we now understand that some saturated fats are harmless. Coconut oil doesn’t have the typical saturated fats that are found in fatty cuts of beef or cheese. Coconut oil contains something called medium chain triglycerides, which are fatty acids of medium length. Most fatty acids are long chain. The body metabolizes these fats differently.

The fatty acids in coconut oil go directly to from the liver to the digestive tract for quick energy, or are turned into ketones, which also have beneficial effects that we will discuss later.

So don’t worry about the fats in coconut oil. They won’t turn into fat around your middle!

3. Reduces the Risk and Symptoms of Diabetes

Consuming coconut oil can help to control and improve the secretion of insulin and sugar in the blood. As we mentioned above, coconut oil is converted into energy for immediate use, or into ketone bodies, which are the perfect alternative source of energy to sugar. 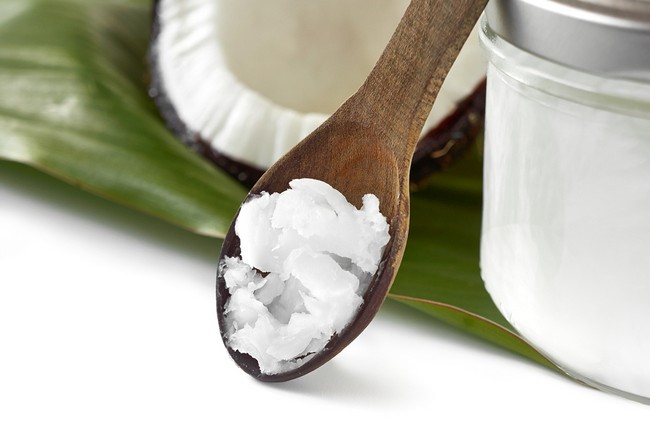 4. The Healthiest People in the World Eat Coconuts

Although most people in continental America think of coconuts as a tropical, exotic type of food, in some parts of the world, coconut is a dietary staple.

One such population lives in the South Pacific and are called the Tokelauans. Another group of people are the Kitavans. More than 60 percent of the calories these people consume daily come from coconuts and they consume more saturated fat than anyone else in the world. These people are in excellent health and have no signs of heart disease.

Coconut oil is rich in the medium chain fatty acids which are digested more easily than other processed vegetable oils, to put it in other words, it puts less strain on the digestive system and the pancreas as well. Consuming coconut oil can help the body to better absorb the nutrients and vitamins in the foods you eat as well as improve bowel functions.

While many people think that losing weight is simply a matter of calories in and calories out, some calories do more to burn fat than others. Different foods affect our hormones and bodies in different ways, which definitely means that a calorie is not just another calorie. Coconut oil can increase the energy expenditure by as much as 5 percent (about an extra 120 calories every day). Find out more about coconut oil and losing weight. 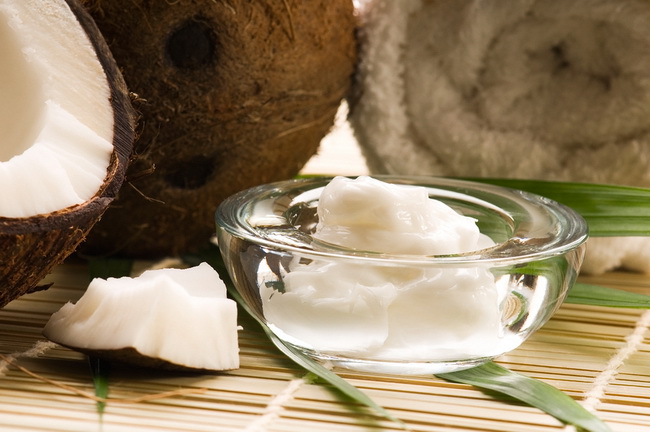 Scientists will tell you that the polyunsaturated oils and soybean oils have a negative effect on the thyroid gland function. This can cause hormone imbalances in the body. Consuming coconut oil has been shown to put an underactive thyroid gland back into the normal functioning level.

Who doesn’t want a flatter tummy?! Coconut oil appears to be super effective when it comes to reducing fat in the abdominal area. Visceral fat, the kind that lodges around the organs in the abdominal cavity, is the most dangerous type of fat to have and is an epidemic in America.

One study which involved 40 overweight women asked them add 1 ounce of coconut oil to their daily diets. After the 12 week study period, all women had significant reductions in the waist circumference and BMI.

Another study involved 20 males that were obese. They were also instructed to consume 1 ounce of coconut oil daily for the 4 week study period. All males noted a loss of 1.1 inches in their waist circumference without any other changes in their eating or exercise habits.

Although this might not seem like a huge amount of difference, keep in mind that these people did nothing more than add coconut oil (and therefore calories) to their diets. Imagine what might happen for someone who added some extra exercise and ate a healthy diet?

Lauric acid makes up about 50 percent of the fatty acids in coconut oil. When digested, coconut oil forms a substance called monolaurin. Both monolaurin and lauric acid are known to kill pathogens in the human body such as fungi, viruses, and bacteria. This means that consuming coconut oil regularly can help you to stay healthier and free from yeast infections, viral infections (such as colds or flu viruses), and free from other types of bacteria!  No other type of processed vegetable oil can make these types of claims! 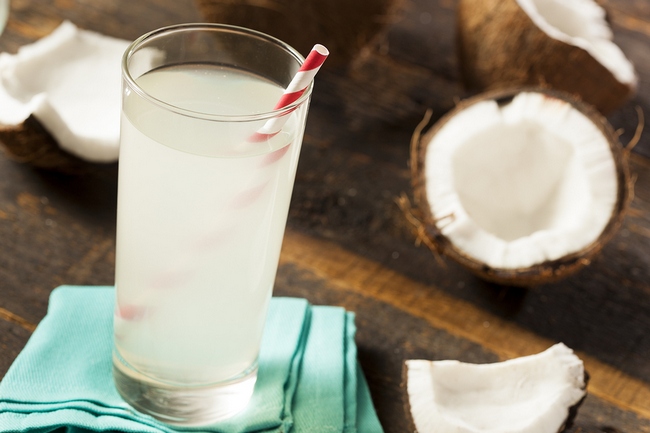 The most common form of dementia in the world is Alzheimer’s disease. This memory and brain robbing disease mainly affects those over 65 years of age. There appears to be a reduced ability to glucose for energy in certain parts of the brain by those who are afflicted with this disease.

If you remember, the medium chain triglycerides in coconut oil are used for immediate energy needs or they are changed into ketone bodies. These ketone bodies are the perfect alternative energy source for those malfunctioning brain cells, which can reduce the symptoms of Alzheimer’s.

One study performed in 2006 found that consuming coconut oil lead to an immediate improvement in brain function in those who were diagnosed with the early stages of Alzheimer’s.

Several other studies support these findings and the medium chain triglycerides are now being studied as a potential therapeutic compound for those suffering from Alzheimer’s. Read more about coconut oil effect on ALzheimer’s.

11.  Works Just as Good on the Outside as the Inside

One of the great things about coconut oil is that it works just as well when used externally as it does when taken internally. Many people find that coconut oil is simple awesome for the skin, preventing wrinkles and providing relief from dry, itchy skin.

Coconut oil can also nourish and protect the hair from damage from the UV rays of the sun as well as environmental damage from air pollution.

You can also use coconut oil for oil pulling, which will kill the bacteria in the mouth that cause tooth decay and bad breath.

Rather than use petroleum based lip protection, many people are now turning to all natural coconut oil to protect and soften their lips.

No matter how you use it, you simply can’t go wrong with coconut oil! 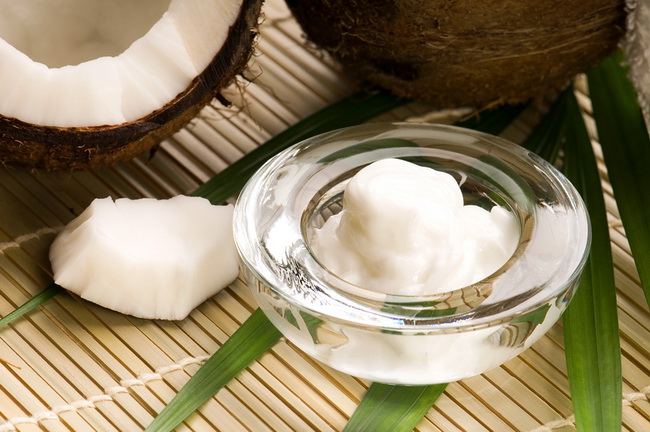 The saturated fats in virgin coconut oil are naturally antibacterial, anti-fungal, anti-viral, and anti-parasitic, which means that it can help to kill off pathogens and other nasties in the body, removing the load from your immune system.

13. Lowers the Risk of Heart Disease

Although coconut oil is full of saturated fats, as we mentioned earlier, these fats are processed differently than other fats.

In studies done involving rats it was shown that consumption of coconut oil reduced total cholesterol levels, including LDL and triglyceride levels.

Since bad cholesterol levels are reduced overall, this can lead to a lower risk from heart disease. 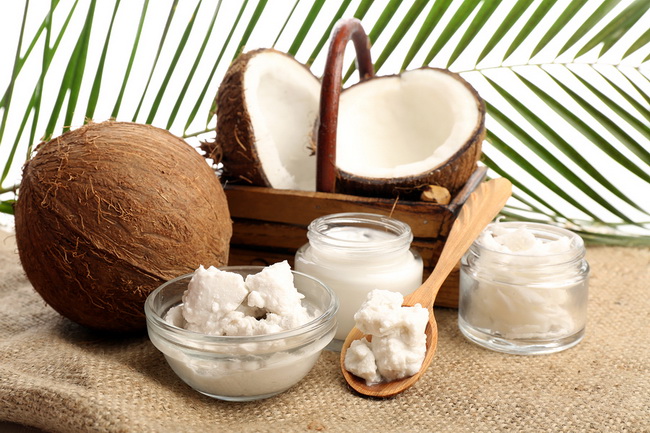 It might seem too good to be true, but consuming coconut oil can naturally reduce your appetite, which can help you to lose weight without really trying!

Although scientists don’t fully understand how this works, it is thought that because the body metabolizes these fatty acids differently that the ketone bodies are somehow responsible for the reduction in appetite.

Studies back this up! One involving 14 healthy men found that those who ate the most coconut oil at the beginning of the day ate much few calories the rest of the day, about 256 fewer calories!

Although most studies have been small and only conducted for a short time, they do show that if this effect were to continue over a longer period of time, it could lead to dramatic weight loss.

The ketones we have been talking about are now being studied to see if they can treat various types of health problems. One of the best known applications involves children with epilepsy who are resistant to drugs.

When these children are given a change of diet that includes the consumption of very few carbs but large amounts of fat, this leads to an increased concentration of ketone bodies in the blood. For a reason not yet known to science, this has resulted in the dramatic reduction in the number of seizures in these epileptic children.

Although there needs to be more research in this area, many subjects have shown that coconut oil has far more beneficial health effects than we can even imagine.

Don’t be afraid to give coconut oil a try. You have nothing to lose and so very much to gain!