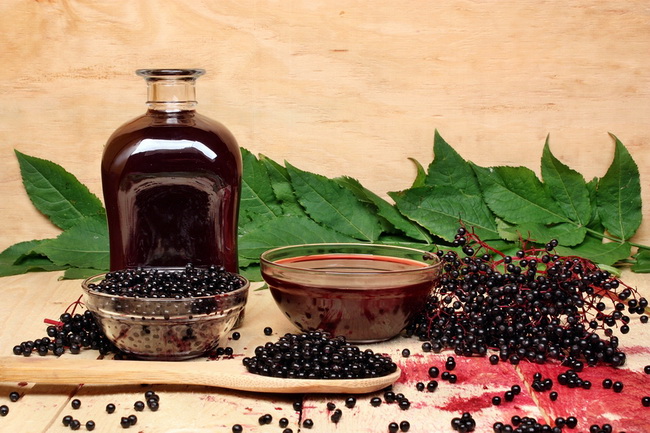 An extract made from the European Black Elderberry, or Sambucus Nigra, which grows across Europe and North America, has been used for centuries to treat respiratory illnesses such as the common cold and influenza. This natural remedy, used by ancient healers, fell out of favor with the introduction and marketing of cold and flu medications in the modern age. But are today’s over the counter medicines more effective in treating the flu than natural herbs and extracts which were used by ancient healers?

People in western societies today quickly head to the drugstore at the first symptom of the flu, to buy one or more of many over-the-counter (OTC) medications they hope will bring them relief.  While the flu can become a serious illness and everyone should consult their medical practitioner for advice before self-treating any illness, it seems to be the norm for people to self-medicate with these over the counter chemicals and get to bed ASAP.  Every year as soon as flu season hits we see mass-produced, chemically laden OTC flu remedies pushed on consumers via the advertisements that inundate them daily. You may have felt the need to take such medications for flu, even though like many people, you suffer from side-effects as a consequence of using them.

You may even be aware that every year there are deaths reported, which result from accidental over-dose, poisoning or miss-use of these FDA approved drugs. It’s become enough of a concern that many people wonder, if the risks associated with these drugs are worth the limited relief from symptoms that they provide. So why do so many people continue to take the same flu and cold medicines season after season, when they know these drugs can’t cure them or heal them any faster than not taking them at all? 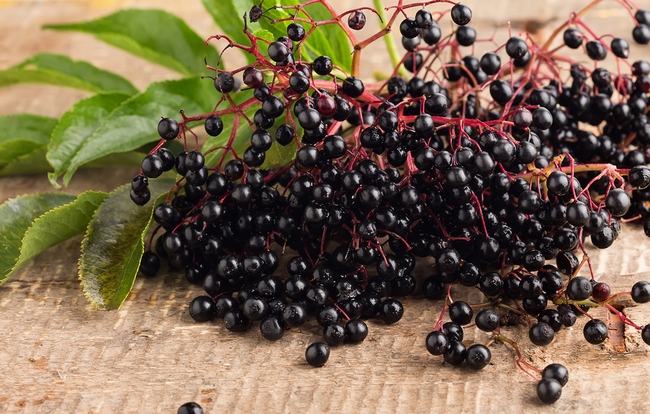 More and more, many informed people are seeking natural and safer alternatives to mass-produced OTC flu medications.  Research is helping them rediscover the healing power of Elderberry.  Recent research shows that an extract made from black elderberry may actually improve the body’s immune system’s ability to fight off the flu virus. Some studies even suggest it can reduce the severity and duration of flu. These studies are adding to the body of evidence that suggests that those who take elderberry at the first sign of flu will recover much faster than those who don’t. Elderberries have also been shown to be safe when taken properly, and does not have the unpleasant side effects associated with OTC flu medication.

The results of a study conducted by scientists in Norway, and reported in the well-respected scientific publication, The Journal of International Medical Research in 2004, produced evidence to support that elderberry extract reduced the severity of symptoms, as well as the duration of flu types A and B by up to four days. A double-blind, placebo-controlled study was conducted on 60 participants. The 29 female and 31 male subjects, between the ages of 18 and 54 were all verified to have influenza. On average, patients treated with elderberry extract syrup recovered in 3.1 days compared to 7.1 days for patients treated with placebo. Symptoms of the subjects, who were treated with elderberry, were also reported as being less severe. No significant side effects were shown. 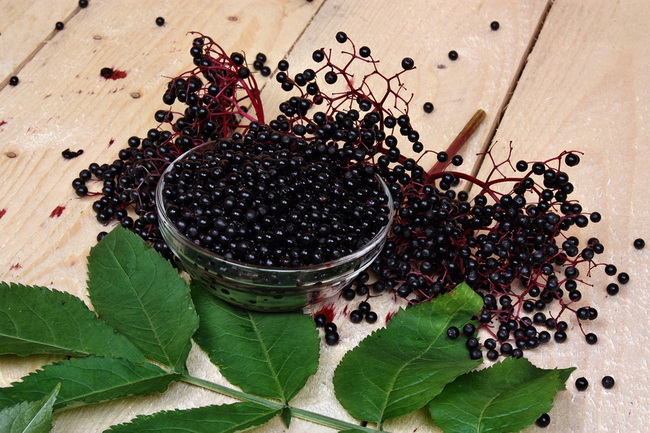 Consuming elderberry supports and even boosts the body’s immune system. For instance, flavonoids, found in elderberry, include anthocyanins, which are powerful anti-oxidants that help protect blood cells from damaging free radicals. The U.S. Department of Agriculture lists black elderberries as having twice as much anthocyanin’s than any other fruit! Elderberries are also credited with increasing the body’s production of infection fighting proteins called cytokines, which are involved in the regulation of the body’s immune system response, helping it to fight disease and infection. These tiny black berries also contain vitamins A and B as well as providing the benefits of copious amounts of Vitamin C. It’s important to be aware, however, that because of its incredible potential for boosting the immune system, elderberries could reduce the effectiveness of certain immuno-suppressing drugs such as prednisone. People with auto-immune diseases as well as anyone with an organ transplant should not take it. It’s recommended before starting herbal or vitamin supplements that you consult your physician.

Lastly, studies are even suggesting that elderberries contain anti-viral compounds. It’s fascinating to imagine how centuries before the development of cutting edge anti-viral drugs, which are now produced and marketed by major pharmaceutical companies, elderberries were already being used by some of our earliest medical practitioners.

Of course the research is ongoing, but the scientific evidence, as well anecdotal evidence from the growing community of those who consume elderberry regularly, should be more than sufficient reason to keep it within easy reach and ready to use at the first sign of flu. There are numerous recipes online for making your own elderberry syrup, jam, or tincture. Check with your local health food or natural store for fresh or dried elderberries if you aren’t fortunate enough to live in an area where you can pick your own.

There is nothing better than Mother Nature when it comes to helping the body heal itself.