How BPA Can Slowly Kill You

Perhaps one of the most controversial compounds on earth, BPA, has been studied and tested by hundreds of researchers and scientists from around the world in hundreds of studies. It’s been found to be a dangerous chemical that, under the right circumstances, leeches into the products it’s packaged with and causes numerous health issues.

For those of you who are new to the health scene, Bisphenol-A, commonly called BPA, is a chemical that goes into many different products, especially food and drink items. It’s used extensively and, despite evidence that it’s a health hazard, is still in use today. Perhaps its most common use is to create a type of plastic called polycarbonate. This material is used as linings for aluminum and steel cans. So most of the tuna fish, soup, soda, vegetable, fruit, and beer cans you buy are lined with BPA. The idea is to prevent the can from rusting and the taste of the metal to be imparted into your food or drink.

Oh, and who can forget that polycarbonate has been used to make those 5 gallon water bottles everyone keeps at home. Although other plastics are used to make other types of water bottle, such as PET (recycling code #1), polycarbonate bottles have a recycling code of #7 stamped on them. There is no BPA in bottles marked #1, just in those marked #7.

BPA has been shown in some studies to trigger migraines, disrupt hormone production, and even increase your risk for cancer. However, new research now shows another danger that comes with exposure to BPA.

Researchers looked at a group of 60 subjects. Participants received a soy milk drink. The subjects randomly received either two glass bottles of the drink, two cans, or one of each. 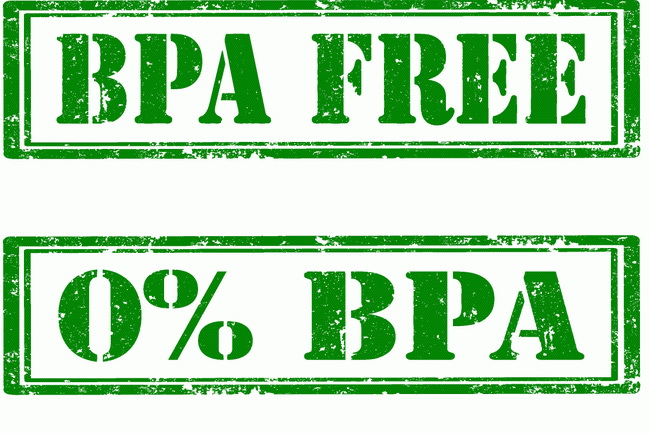 Now 5 points might not sound like a big number, but for those with heart disease, or those already fighting hypertension, a 5 point increase is enough to double their risk of developing cardiovascular disease.

If you want to avoid all the health risks that are associated with BPA, there is a simply way to limit your exposure.

The first step would be to eliminate canned goods from your shopping cart. Buy foods in glass or plastic bottles, or make it from scratch yourself.

SEE ALSO: Top 10 Ways You Can Remove Toxic Fluoride from Your Body

BPA has been used for the past 70 years, so it’s virtually impossible to avoid it entirely. Some estimates say that 98 percent of the population has some measureable BPA in their blood or tissue. Removing canned goods, from your food is a great place to start, however. Read more about dangerous toxins that are inside your home right now.

Due to pressure from consumer groups, BPA has been banned from baby bottles and toddler sippy cups, but, as of now, the FDA doesn’t seem to be inclined to remove it from anything else. They still say that they don’t see any point in discontinuing BPA, even as evidence about the health problems it causes continues to mount.

If you use those 5 gallon water jugs, look for ones that are BPA free, and eliminate canned goods from your home. As we said before, you can’t entirely remove all BPA from your life, but you can certainly limit how much you deliberately ingest.

Related Posts
be awarebodyhow tonutrition
Help Us Spread The Word!
Like Us On Facebook To Stay Updated!
I'm already a Naturalon fan, don't show this box again.