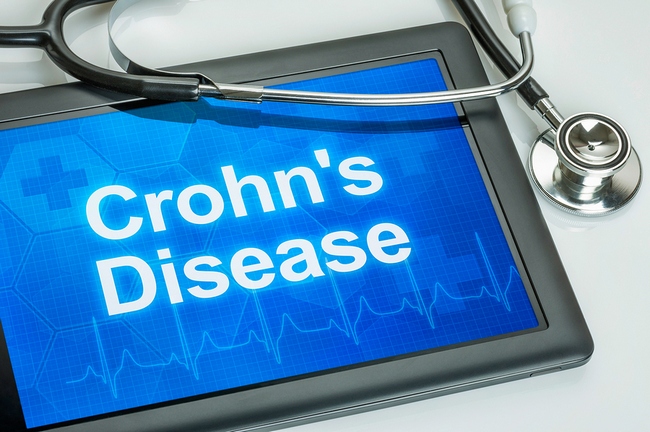 During the past 50 years, there has been a definite rise in Crohn’s disease, which more or less parallels the introduction of antibiotics and their widespread use. One pair of German researchers have theorized that Crohn’s is actually an infectious disease that might be caused by some sort of mutated bacteria flora that became a super bug under constant pressure from antibiotic use. Read more why antibiotics can be dangerous for our health.

The British conducted a study that evaluated the occurrence of ulcerative colitis, Crohn’s as well as other stomach problems in almost 4,000 people who had been given the live measles vaccine. Those at the highest risk for developing Crohn’s were those who had been given the measles vaccine. Three times higher, in fact! Two and a half times higher for ulcerative colitis. This study suggests that there is some type of correlation between the measles vaccine and inflammatory diseases like Crohn’s.

Researchers in Sweden discovered that those who eat fast food regularly and consume large amounts of sugar may also increase their risk of developing Crohn’s disease. Researchers at the Karolinka Institute published their findings in the journal of Epidemiology. They interviewed 152 people who had Crohn’s, 145 that had ulcerative colitis, and a control group of 305 people who had neither disease. The researchers asked them about their diets over the past 5 years. Their results showed that those who ate fast food at least twice a week were 3.4 times more likely to develop Crohn’s and 3.9 times more likely to develop ulcerative colitis.

These researchers also stated that those who ate more than 55 grams of sugar daily were 2.6 times more likely to come down with Crohn’s disease. Find out foods that hide sugar.

Although it’s not exactly clear how eating junk foods, or foods that are high in animal and saturated fats can cause persons to develop this disease, but some scientists believe that it somehow increases the chances of those who are genetically susceptible to this disease.

Other doctors state that although dietary issues can play a role, they believe it has something to do with gut bacteria. Persons with Crohn’s disease or colitis have a definite increase in bad bacteria in their digestive system and too few of the good types of bacteria. Many doctors say that some of their patients who maintain a healthy diet still develop Crohn’s disease. Of course, sometimes what people tell their doctors can vary from what they are actually doing.

Related Posts
be awarehealthnutritionside effects
Help Us Spread The Word!
Like Us On Facebook To Stay Updated!
I'm already a Naturalon fan, don't show this box again.