Does Eating Soy Cause Cancer?

Many vegans and vegetarians rely on soy as a staple in their diets. However, many people, vegans and non-vegans alike, have stopped eating soy because of the bad press it’s gotten lately. Even though soy based foods have increased significantly in the past 10 years, but most people now are either giving it up entirely or eating far less of it.

Why is this? It’s because many articles lately are stating the soy causes cancer. Women, especially, are avoiding soy because of the strong link to breast cancer, but is this true or just another internet rumor?

Let’s take a look at the facts. 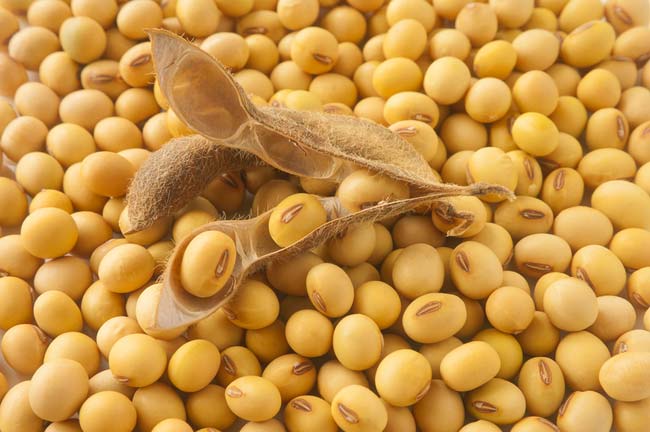 This statement is partially true. Compounds in soy called isoflavones, which are very similar to estrogen chemically. They also act like estrogen in the body even though they are far less potent than actual estrogen. The basis of some studies is that having more estrogen in the body means a higher risk of cancer. It only makes sense then, that if isoflavones act like estrogen, then this also puts you at a higher risk. This isn’t necessarily true, however.

So, what do these studies actually show?

The truth is most studies were either poorly designed or were inconclusive. Many tests were performed on rodents and usually used a soy protein isolate, which has never been proven to be harmful to human beings. Also, many studies often used unusually high amounts of soy in their studies. These high levels of soy use do not represent how much soy humans ingest on average by any means. Also, rodents do not process soy the same way humans do, so these studies are not of much value.

Is It OK To Eat Soy for Health Issues, Then?

One of the reasons some women take soy is that it’s said to have favorable effects on menopause symptoms such as hot flashes. It’s also said to offer some protection from osteoporosis. However, the relief of discomfort from hot flashes is extremely subjective and most studies show that control subjects reported a reduction in discomfort in almost equal proportion to the women who consumed soy. The claims by some that eating soy will help to prevent osteoporosis is strange since soy blocks calcium and can possibly cause deficiencies with vitamin D. Many people believe that Asians have lower rates of osteoporosis than Western women because they eat twice as much soy but believing this would be a mistake. Asian diets contain plenty of vitamin D from sea food, lard, shrimp, and calcium from bone broths. Read more about Vitamin D and diseases caused by its lack.

Unfortunately, like corn, almost all soy available today is a GM food. Be sure that you consume only non-GMO soy. Food is natural and we should not put unnatural things in our bodies. GMO are not natural. Man-made chemicals and GMO’s are simply not good for the body and this is common sense. Eat whole soy. This is a great rule for most foods but especially when we are talking about soy. Too many companies try to make their soy taste like meat, but all this does is to add more chemicals, artificial colors, and preservatives into your body. Eat unprocessed, on-GMO, whole soy such as miso, edamame, tempeh, and tofu.

Related Posts
be awarenutrition
Help Us Spread The Word!
Like Us On Facebook To Stay Updated!
I'm already a Naturalon fan, don't show this box again.