How Hops Can Effectively Fight Menopause And Breast Cancer 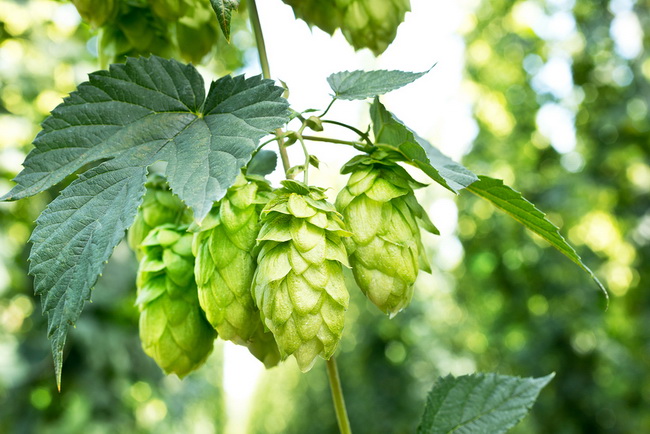 There are a number of issues that women have to face on a regular basis. Menopause is surely one of them, and its symptoms are something that have to be tackled. Even more concerning is that with getting older, each woman has a one in eight chance of developing breast cancer.

While every woman goes through menopause, not every one of them suffers from the symptoms this condition brings. Menopause signals the end of a woman’s menstrual periods and results in the lowered chances of a woman being able to get pregnant on their own without fertility assistance.

Some of the symptoms that a woman may experience as she goes through menopause include excessive sweating at night, hot flashes that come on out of the blue, unexplained irritability and anxiety, and pain during intercourse.

It has been found that the herb, hops, can help deal with the symptoms of menopause. Night sweats and hot flashes are referred to as symptoms that are vasomotor as they have to do with the blood vessels of the body contracting and expanding.

Clinical Trials Regarding Hops and the Symptoms of Menopause

A clinical trial that was put on at Ghent University in Belgium put women who were going through menopause through the test during a three-month time frame. Some of the participants received hops extract (8-PN) and the others were given a placebo. When the group that was given the hops was tested at six weeks, and again at 12 weeks, they showed a major decrease in night sweats and hot flashes. With the positive results from the Belgium trial, another one was set up at the Dresden Technical University in Germany. This confirmed everything that the clinical trial determined regarding cutting down the symptoms of menopause.

How Do You Know If You Are Going Through Menopause?

It is hard to pinpoint a specific age where women begin to go through menopause. Besides it is happening naturally there are some things that women do that can bring it on more quickly. Smoking definitely will start up menopause faster than the average age of 51. Once you have not had your menstrual period for 12 months in a row you are considered to officially be going through menopause.

With hops extract being an effective way to deal with your menopausal symptoms, what other options do you have to choose from? One of the suggestions your doctor may have is hormone replacement therapy. A low dose would be recommended, but you still need to be careful as this form of treatment could lead you to breast cancer.

Other things you can try would be blood pressure medicine, certain birth control pills that are available in a lower dosage, antidepressants, and an estrogen cream that is used to treat vaginal dryness. There have been other natural herbs that have been tested, such as red clover, black cohosh, and dong Quai, but their effectiveness has never been confirmed.