New research shows that lemons are a little sour, but a very effective way for those who are prone to kidney stones, to slow, or even prevent, the development of new kidney stones. Lemons are so effective that the urology center at the University of Wisconsin puts all patients on a type of “lemonade” therapy. Read more about lemon water benefits.

For those of you who have ever passed a kidney stone, there is no forgetting that intense pain. If you haven’t had kidney stones, try to imagine the pain of natural childbirth or men; try to imagine passing something as large as a bean. Yeah, not fun to say the least. 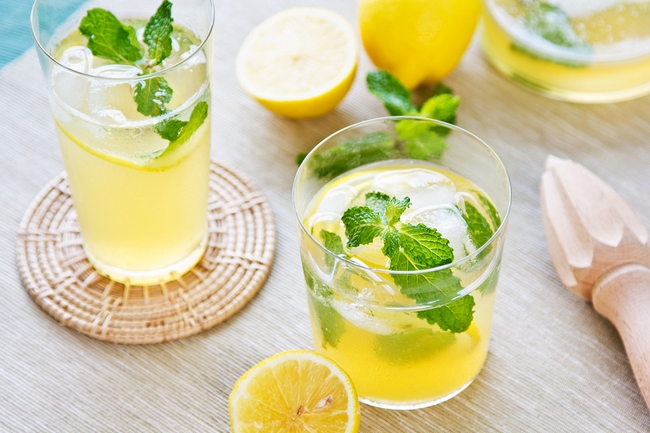 Kidney stones are made when the urine inside the kidneys becomes saturated with stone-forming salts yet doesn’t contain enough of substances that prevent a stone from forming. One of the best “anti-stone” forming substances on this planet is citrate.

If you have passed a stone, your doctor has more than likely prescribed potassium citrate to prevent another stone. You don’t need to take a pharmaceutical, however, when lemon juice is naturally full of citrate. Ask your doctor and he should agree that as long as you plan to eat lemons or drink lemonade, you can probably stop taking your prescription medication.

Research proves that when lemons are made into a low sugar or natural sugar (such as date sugar) lemonade, the lemon juice greatly increases the levels of citrate in the urine in sufficient levels known to prevent the formation of stones. This isn’t a temporary fix either. A study done at the Comprehensive Kidney Stone Center at Duke University, found that some of their patients had been on this lemonade therapy for four years and had a much slower rate of growing stones than they did before the start of their lemonade therapy. Not one of the patients needed medical attention for kidney stones during this four year period.

Another known method of reducing kidney stones is to pass at least 2 liters of urine each day. Lemonade seems to help people pass a lot of urine, which also helps a lot.

The lemonade mixture that was used in this study was about ¾ to 1 cup of lemon juice to 7 cups of water. If this is too sour, add a bit of stevia or raw honey, but just enough to stop you from puckering. Drink this mixture daily to avoid reforming stones.

To reduce the risk of developing kidney stones, in addition to the lemonade diet, you should also avoid very salty foods, eating excessive levels of calcium; avoid junk food and fast foods. Eat a healthy diet and drink more fluids.

Related Posts
bodyfruithealthy drink
Help Us Spread The Word!
Like Us On Facebook To Stay Updated!
I'm already a Naturalon fan, don't show this box again.