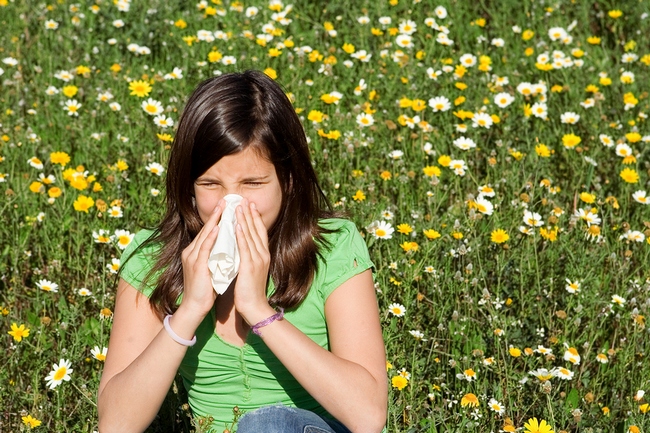 If you suffer from those seasonal allergies you know how annoying it is to have those itchy eyes and the itchy nose that goes along with all that sneezing but for some people, in addition to those symptoms, they also get an itching on their lips, down their throats, and inside their mouths.

It takes some people a few years to realize that it’s when they eat certain foods that these symptoms occur. This condition is called pollen associated food allergy syndrome, or more commonly, oral allergy syndrome (OAS). This happens because the same proteins that is in pollen, the ones that cause those allergic reactions, such as ragweed and grass, are also found in some fruits and vegetables.

Sometimes the season does not matter. In America, the late summer and fall are the time many people suffer from allergies to ragweed pollen. During that same time of year, they may feel that itchy mouth or throat soon after they eat melon, sunflower seeds, bananas, or cucumbers. However, there are still others that experience these types of symptoms no matter what time of year it is. Still others find that during allergy season their reactions to these foods are worse but they still experience some discomfort from these foods the remainder of the year.

You can lessen your symptoms without a shot of epinephrine.  Here are the top 6 tips to help those with hay fever who also suffer from OAS.

1.  Be aware of common symptoms

Common symptoms include an itching and tingly feeling inside the mouth and throat. Some have a slight swelling of the lips. These symptoms can occur within seconds, or sometimes several minutes, after eating or, occasionally, even just putting the food in their mouths. It’s a fairly quick reaction. For some, the swelling of the mouth, lips, even the tongue is so severe that eating or swallowing might be uncomfortable. Find out 5 signs that you have a food allergy or sensitivity.

For most people, almonds, hazelnuts, apples, peaches, plums, cherries, and carrots are the most common culprits. For those who are allergic to birch pollen, you might find that apples are your worst nightmare, but you might also react to fruits with pits such pears or celery, because these are botanically similar to birch. For the majority of people, it’s simply one or two foods that will cause you the worse symptoms.

If you are sensitive to the pollen from ragweed, you will find that melons such as honeydew, cantaloupe, or watermelon, in addition to cucumbers, zucchini, bananas and kiwi, will give you these annoying symptoms.

For those with grass allergies, in addition to melons, you might find you are also bothered by oranges and tomatoes.

Although most symptoms are short lived and usually go away in a few minutes, or perhaps an hour, but this is an important time for you to notice  what you were eating ( or still are) so you can take an antihistamine to help relieve that itchy feeling and then avoid that food in the future. See more about allergies in America. 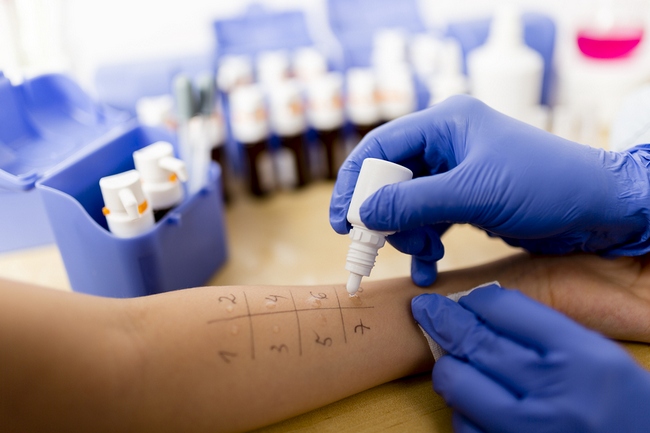 4. Try other forms of the same food

For example, if you find you get those allergy symptoms when you eat a fresh apple, you will most likely find that you won’t get any reaction to apple juice or apple sauce. The protein in the food that causes you that annoying itch is easily broken down when cooked or processed. You might also try peeling the offending fruit or vegetable and see if that helps as most of the allergen has a tendency to be concentrated in the skin. Some people also find that eating a canned or frozen version of the same food, such as canned peaches; don’t bring about those allergic responses.

5. Realize that some hay fever sufferers are not affected

For some people, they find that certain foods bother them year round. Others find that they can eat those foods at other times of the year when their allergies aren’t bothering them with no problem. However, even though OAS is fairly common, for some as of yet unknown reason, some people who have allergies simply aren’t affected by food they eat. That doesn’t mean that there is something “wrong “with you, it just means some people are..well, they are just lucky it appears.

Because OAS can occur in children as young as 3, you should see an allergist the first time this happens to you, or your child, to be certain that what you have is OAS. There are specific tests that can tell you if it’s OAS, or some other type of food allergy. If your symptoms are severe enough, an allergist can give you a prescription for a very portable shot of epinephrine called an Epipen.

There are other methods which have worked for some people, but you should always discuss these remedies with your doctor before using them.