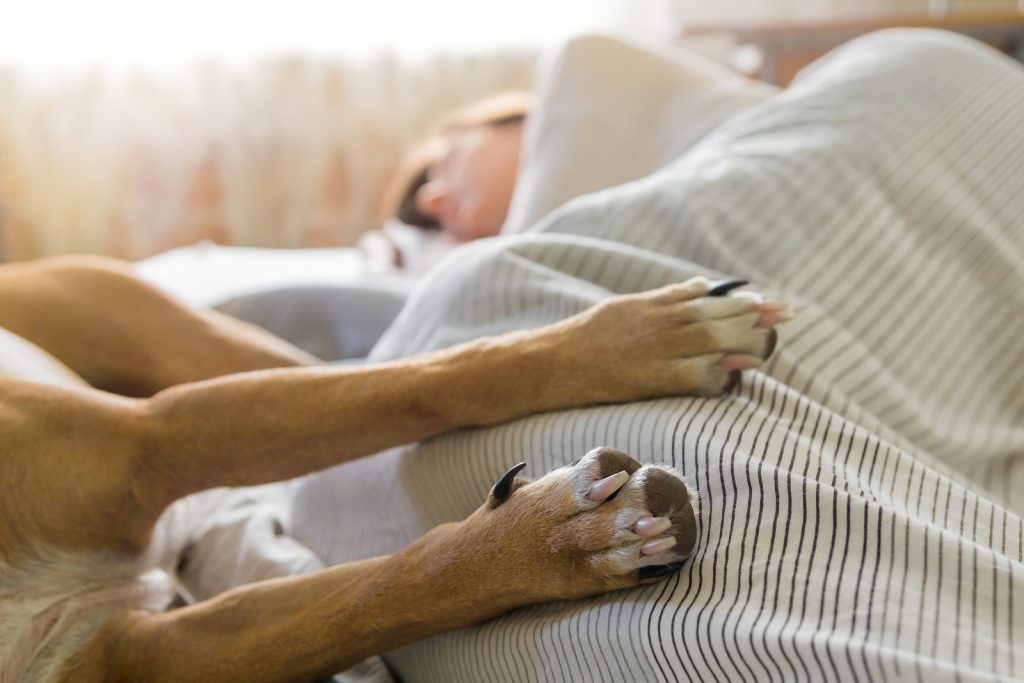 In 1989, doctors at King’s College in London, England, shared a report about a case of cancer that had been detected by a dog. A woman had noticed her dog continuously sniffing a mole that had appeared on her leg. She went to get the mole examined, and it turned out to be malignant case of melanoma. It was an early-stage case, and had her dog not brought it to her attention, it’s quite likely the disease would have become much more advanced before she thought to have a doctor look at it.

In another case, a woman noticed her dog kept sniffing her breast. It turned out she had a tumor growing deep in the breast tissue, and her dog somehow detected its presence before anyone else. This was another case where if the tumor had grown to the point where she could feel it herself, the disease might have been a lot more serious.

How exactly were the dogs able to do this? How is it possible for an animal to detect a disease even before doctors can?

As we’ve already established, a dog’s sense of smell is much more powerful than a human’s, but most people don’t understand just how much more powerful it is. A human nose has about 5 million sensors which transmit signals to the brain for interpretation. A dog, however, has around 300 million. Dogs also have an additional “second nose” in the back of their nose called the vomeronasal organ, also known as Jacobson’s Organ, which further amplifies their sense of smell.

Using their super-powered smelling abilities, dogs are thought to be able to pick up on unique odors produced by cancer cells, called “volatile organic compounds.” A human nose could never detect them, but science has shown that a dog can pick up on these subtle compounds even if the tumor is deep inside a human’s body.

When the story of a cancer-sniffing dog in England first broke, it immediately sparked interest in the medical community, and further studies were conducted in the United Kingdom, Italy, France, and the United States that confirmed that the dogs were accurately detecting instances of cancer.

Some of these experiments were highly sophisticated, involving the use of bandages and urine samples from cancer patients, as well as healthy volunteers to act as controls. Researchers expected the dogs to be able to successfully detect cancer in some samples, but they were amazed by how accurate the dogs’ skills turned out to be.

In one experiment by an organization called Project Kdog, a pair of specially trained German Shepherds were able to detect bandages used on breast cancer patients with an impressive 91 percent success rate in the first round of testing. In the second round, they correctly identified the bandages 100 percent of the time! In other studies, test dogs had 99 percent success rates for identifying urine samples from men with prostate cancer.

Scientists hope to use cancer-sniffing dogs not as a replacement, but as an addition to conventional diagnostic tools. This is an exciting and encouraging development for cancer screening and diagnosis, as it offers the ability to catch cases of cancer earlier and increase the likelihood of survival.