That Annual Flu Shot Might Be Putting Your Brain at Risk

A new study, published by scientists from Bournemouth University in England and in the journal Surgical Neurology International, shows that brain diseases, including dementia and Alzheimer’s, are affecting people at a younger and younger age. This problem has progressed so quickly that the scientists conducting this investigation believe that environmental factors must —  at least in part — be to blame.

The lead scientist believes that this huge increase in such a short time must mean that more than just aging is at work here. The scientists involved in this study compared the rates of brain diseases from 1989 until 2010 in 21 Western countries. This study found that the average age for the onset of dementia was 10 years earlier than it had been in 1989. Also, deaths from neurological diseases, such as Alzheimer’s, had increased significantly for those between the ages of 55 and 74. For those over the age of 75, the death rate almost doubled.

Is it possible that Americans’ exposure to mercury from vaccines play a role in the ever-increasing rates of the early onset of neurological diseases like dementia? Although mercury-containing preservatives, such as Thimerosal, were used in almost all childhood vaccines until 2001, mercury is still one of the ingredients used in adult vaccines, such as the pneumonia vaccine. It’s also found in flu shots, which are given to both children and adults.

The Journal of Alzheimer’s disease published a study in 2010 where researchers reviewed 100 clinical and experimental studies that looked into the effects mercury had human and animal cells. In this review of available studies, scientists found that long term exposure to mercury produced many of the same changes in the brain that are seen in Alzheimer’s, including memory problems, cognitive functions, and general confusion.

Another common vaccine ingredient, aluminum, has also been linked to dementia. The American Journal of Epidemiology published a study in 2009 finding that subjects with the highest levels of aluminum in their drinking water also had the highest risk of developing dementia. Numerous other clinical studies have also directly linked aluminum to brain damage.

You can also find both mercury and aluminum in the environment due to contamination from industrial sources, such as coal burning power plants. Dental fillings are also a common source of mercury.

It’s interesting to note that more than 40 percent of Americans chose to get a flu shot last year — this trend has been increasing year after year, despite evidence that flu shots are not very effective and cause far more harm than good.

The Center for Disease Control and Prevention stated that about eight million more people opted for a flu shot in 2010 than in 2009, the most people ever vaccinated. This is mainly due to the massive marketing campaign that has been running in the U.S. and encouraging almost every human being over the age of six months to get a flu shot.

Although the CDC states that a flu shot is the best way to avoid the flu, what they don’t say is that there is NO scientific evidence that proves its overall safety or effectiveness.

This is especially true for those people who, according to the CDC, are at highest risk and need the flu shot most: Seniors, pregnant women, and children.

The Cochrane Database Review has concluded again and again that flu vaccines do not appear to provide measurable benefits for anyone, let alone the target group.

In 2014, the Cochrane group reviewed all the available scientific evidence about flu shots protecting the elderly and found that the actual results were terrible. The authors of this review stated that the available evidence provided no guidance regarding the effectiveness of flu vaccines for those over the age of 65.

The same scientific reviewers also looked into whether or not health care workers helped protect the elderly in nursing homes. The research did not find any effect whatsoever from the vaccinations on confirmed cases of influenza. 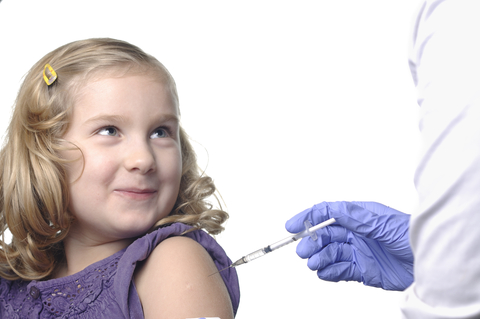 The same applies for children. In a large scale, systematic review of more than 50 studies in 2006 found that there was no evidence the flu vaccine was any more effective than a placebo. These studies involved more than 260,000 children between the ages of six and 23 months.

Cochrane published a stunning conclusion last year, stating the flu shots had, at best, only a modest effect in reducing flu symptoms or missed working days.

These reviews clearly demonstrate that there is reliable scientific evidence confirming that flu shots are not very effective and plenty of reason to suspect that some studies are funded by drug companies, and they are manipulating the conclusions.

The CDC also proudly announces that in 2010, more pregnant women received the flu shot than ever before. Unfortunately, most doctors strongly encourage their pregnant patients get flu shots because they don’t know any better, and they believe the information they are told without question.

However, the recent studies call into question the “wisdom” of giving  flu shots to pregnant women. This recent review of studies showed significant increases in the CRP and other markers of inflammation following influenza vaccinations. Preterm births, as well as preeclampsia, both have inflammatory components, leading many researchers to believe that flu shots might be causing a greater inflammatory response – the outcomes of which are severe..

Any possible vaccine benefits are being overrated, and the risk of potential adverse side effects, including developing dementia and other neurological problems years later, have been understated or underestimated. 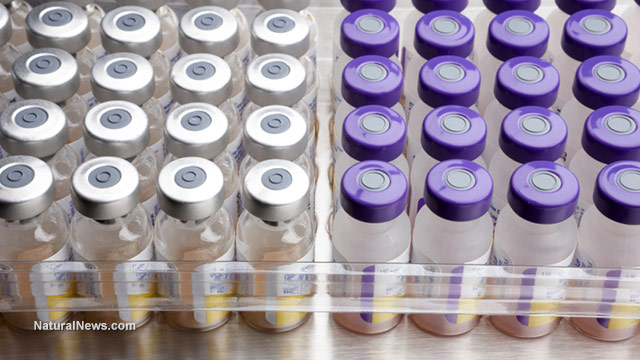 In fact, you can now go to most pharmacies and get a flu shot while picking up a can of coffee. It is true that most pharmacists are trained to give flu shots safely; however, what they are not trained for is to address a sudden or  life-threatening health emergency that might occur after the shot has been given. In addition, these pharmacists are definitely not going to warn you about the risks involved with getting a flu shot. Often, pharmacists will administer the vaccination, and then hand you a pamphlet with the warnings. Afterwards. Doesn’t make much sense, does it?

You should know that ALL vaccines carry some risk of causing acute adverse reactions such as seizures or even just a fainting spell. Sometimes, these symptoms don’t occur for five to 30 minutes — which can be a real problem if you are driving yourself home!

Of course, it is entirely up to you whether or not you want to receive mercury and/or aluminum-containing flu vaccines, but if you do decide to get them for yourself or your children, you should seriously consider separating the administration of aluminum-containing vaccines by at least several months. You could also choose a single dose or a combination of vaccines with the lowest level of aluminum possible.

Then again, a safer alternative is to boost your immune system naturally by eating a healthy diet, adding plenty of immune-boosting herbs and spices to your diet, getting plenty of sleep and regular exercise — and don’t forget the vitamin D! Doing these things will make a flu shot unnecessary for almost everyone.