The Drink that Kills one Person Every 10 Seconds

Yes, we hear this over and over again, but it doesn’t really sink in, does it? That’s because this kind of thing happens to other people. But those other people include us, my friends. The World Health Organization states that in 2012, dangerous alcohol consumption was responsible for more than 3 million deaths worldwide.

Dangerous alcohol use not only leads to addiction but it can also put people at a much higher risk for a variety of chronic and serious disorders such a pneumonia and TB, according to a new report from the World Health Organization. 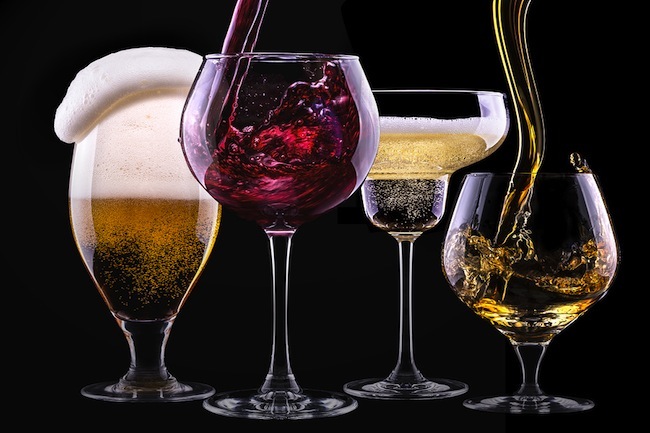 This translates into one death about 10 seconds. Every single person over the age of 15 drinks, on average, 6.2 liters of pure alcohol every year, worldwide. However, just slightly less than half of the world’s population doesn’t drink any alcohol at all, so this would mean that, for those of us who do indulge, we drink on average about 17 liters of that happy juice every single year. Males are much more likely than females to suffer from alcohol related deaths, though drinking among women is one the rise, and communities that are low income are at a greater risk for the health complications that arise from alcohol. Find out heart attack symptoms in women.

16 percent of drinkers indulge in binge drinking, which is the most dangerous way to consume alcohol. Although Europe has the highest alcohol consumption levels, they have been leveling off in the past five years. Consumption appears to be stable in the Americas, as well as Africa, but it’s rising in the Western Pacific and in Southeast Asia. China is estimated by the WHO, to increase its per capita consumption of alcohol by 1.5 liters by the year 2025.

These are pretty overwhelming statistics, but the World Health Organization says that alcohol abuse will kill more than 3 million people, including those involved in drunk driving accidents, alcohol related violence, and all diseases that are associated with this problem. The WHO is calling on all governments worldwide to do more to help cut back on the abuse of alcohol.

This means that alcohol kills more than TB, violence, and AIDS combined!

Although there’s not much good news in this report, the WHO sent it in the hope they can draw more attention to this worldwide problem. There are a lot of jokes made about drinking too much, hangovers, the funny antics of drunks, but this is a real problem that is in need of some serious attention. Heavy alcohol consumption can result in serious medical conditions including liver damage (read how to cleanse your liver) , cardiovascular disease, and neurological problems.

A voluntary global target of at least a 10 percent reduction in harmful alcohol consumption by 2025 is the goal of the World Health Organization and they hope this report helps to draw some attention to the problem.

Related Posts
be awarehealth statistics
Help Us Spread The Word!
Like Us On Facebook To Stay Updated!
I'm already a Naturalon fan, don't show this box again.