The Most Powerful Healing Oil on the Planet 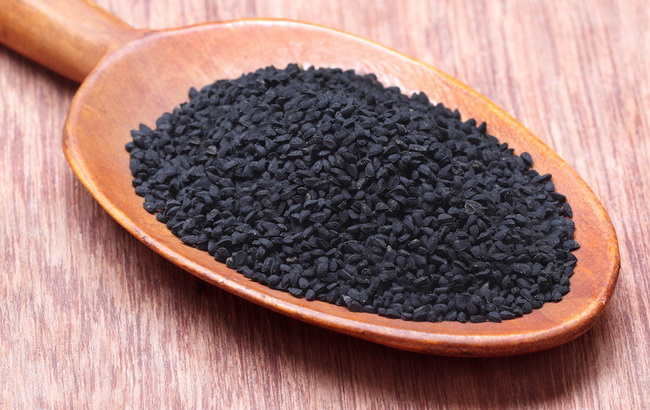 Black cumin seeds have been used for their amazing healing properties since ancient times. The Romans, Greeks, Egyptians, even traditional Chinese medicine, have all used the black seeds for medicinal purposes. Today, modern science confirms what the ancient people already knew, that the cumin seeds and oil have tremendous health values.

The earliest written reference to black cumin seeds, which are commonly called “blackseed”, can be found in the bible, believe it or not! In the Old Testament, in the book of Isaiah 28:25-27. The prophet Muhammad calls cumin seeds a virtual remedy for everything except death itself. That’s a pretty strong recommendation!

Oddly enough, black cumin is related to the buttercup family. Whole seeds are dark, almost black looking, , thin, crescent shaped seeds that contain more than 100 chemical compounds, some of which have yet to be identified. The main active ingredient is called crystalline nigellone. They contain numerous healthy compounds including:

Black cumin seeds, and its oil, have been the focus of more than 200 studies since 1959.  Take a look at the scientifically proven health benefits of this ancient oil and its seeds:

If you or someone you love is dealing with nutritional deficiencies, black cumin seed oil is an excellent choice to help restore the body. Rich in numerous nutrients that are listed above, it also contains important fatty acids and is an excellent source of protein.

Cumin seed oil has a huge beneficial effect on the immune system. Black cumin seed oil stimulates the production of new bone marrow cells and interferon. Interferon protects the body’s cells from the destructive powers of viruses and bacteria.  It supports better detoxification of the body by supporting a health liver. Due to its powerful effect on the immune system, black cumin oil is a great way to deal with many chronic conditions and illnesses including anxiety and depression, digestive issues, and respiratory infections. This isn’t just talk; there have been literally hundreds of studies that show black cumin oil really helps the body fight disease. Read also how to fight cold and flu with baking soda.

3. Helps with Allergies and Asthma

Research done in Germany showed that a full 70 percent of test subjects, who had seasonal allergies, saw drastic improvement from taking black cumin seed oil. Using black seed oil for 6 months or longer brought outstanding results for those suffering from allergies and asthma.