It might seem impossible, but new research has shown that there might be a cure for ovarian cancer. It’s a beautifully aromatic resin that comes from trees in Africa. What is this heavenly smelling substance? Frankincense. Yes, you read that correctly, frankincense. The same substance mentioned in the bible, that one!

Cancer cases have become so prevalent that almost everyone knows someone who had or is dealing the cancer. Even very young people are concerned about developing cancer and searching for ways to avoid becoming another statistic. Most people think that there are huge amounts of money beings spent on cancer prevention, but this really isn’t true. Most money goes towards finding a “cure”, however, pharmaceutical companies are really only interested in substances that will turn them a healthy profit. 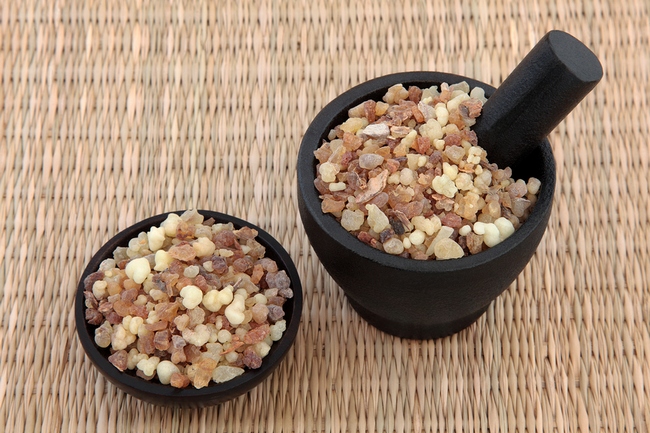 Scientists from Leicester University say that they have found a cure for ovarian cancer. The active chemical compound, acetyl-11-keto-beta-boswellic acid (AKBA), in the resin of Boswellia sacra trees, has the ability to kill cancer and destroy ovarian cancer cells in particular.

The resin from these trees is commonly called frankincense. Commonly found in Arabia and Africa, this tree resin is famous for its anti-inflammatory compounds and has been used traditionally to treat skin problems, asthma, and digestive problems.

There have been previous studies that have shown that AKBA is powerful medicine for the treatment of breast cancer, colon cancer, and prostate cancer, but this is the first study of its kind that shows that it also has the ability to beat ovarian cancer.

This is important because ovarian cancer is a very dangerous type of cancer due to its difficulty in being diagnosed until it has reached late stages. In the US alone, there were more than 22,000 new cases and more than 14,000 deaths due to this deadly cancer in 2013, according to Cancer.gov.

The researchers now want to take this to the next level, which would be clinical trials, and hope to develop this as an alternative treatment option. Read more about altenative treatments of cancer.

Scientists who conducted this study said that perhaps the most surprising part of the study was that the cells they tested were resistant to chemotherapy methods but were quite sensitive to the resin compound. This could lead to an improved survival rate for those with late stage ovarian cancer that was drug resistant.

Frankincense has been used in Chinese medicine for cancer for eons. If Frankincense could be made into an effective cancer treatment, it would be non-toxic and revolutionize the world.

Related Posts
cancerhealth benefitsherbs
Help Us Spread The Word!
Like Us On Facebook To Stay Updated!
I'm already a Naturalon fan, don't show this box again.