Long known to be a super healthy, low calorie vegetable, cabbage is not only tasty and versatile, but it doesn’t get anywhere near as much credit as it deserves. Everyone has heard about how healthy broccoli, kale, and spinach are, but where are the accolades to the lowly cabbage?

Cabbage has got to be one of the best cancer fighters around. It also has many other health benefits due to its powerful antioxidant and anti-inflammatory compounds.

Studies have shown that eating cabbage just once each week cut a man’s odds of developing colon cancer by 66 percent! Oregon State University states that studies continue to provide proof that diets that are rich in cruciferous veggies, such as cabbage, are linked with lower risks of cancer. Taking the starring role in this cancer fighting parade is cabbage, which is overflowing with anti-cancer glucosinolates and antioxidants.

The glucosinolates in cabbage can protect us from cancer in a variety of different ways. Sometimes, they regulate inflammation, other times, they improve the body’s detoxification systems and leave the cells of our body with a lighter toxic load. No matter how you look at it, the evidence is clear, eating cabbage reduces our risk of developing cancer on so many levels, in so many ways!

All types of cabbage contain large amounts of healthy polyphenols, which well-known for their anti-inflammatory compounds, but red cabbage in particular is known for its high levels of anthocyanins, which fight inflammation in the body.

The Asian Pacific Journal of Cancer Prevention published a study in 2014 which showed that the antioxidant and anti-inflammatory compounds of cabbage showed that this vegetable lead to lower levels of chronic disease which are associated with oxidative stress, such as heart disease and cancer.

In another study, women who added cabbage and other cruciferous vegetables to their diets greatly lowered their risk of developing breast cancer. 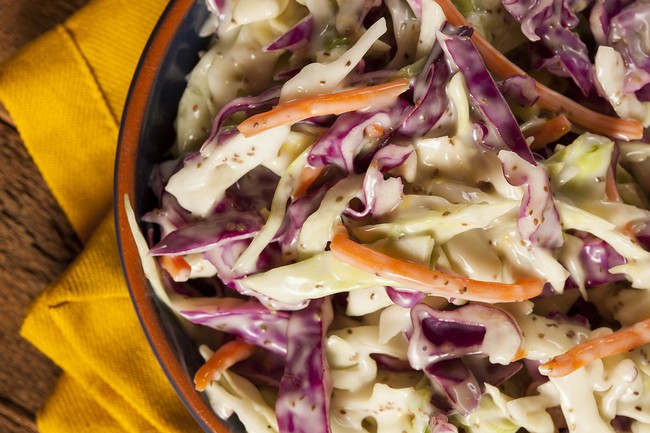 During recent studies, scientists have discovered that different types of cabbage have different patterns of glucosinolates. This means that you can get the most health benefits by including red, green, and Savoy cabbage in your diet.

Speaking of Savoy cabbage, it turns out this that type of cabbage is a great source of a particular type of glucosinolates called sinigrin. The sinigrin in this vegetable is converted into AITC, or allyl-isothiocyanate. This compound has been shown in numerous studies to have unique cancer prevention benefits, especially in the areas of colon cancer, bladder cancer, and prostate cancer.

Most Americans consume only green cabbage, but you should definitely give red cabbage a try because it has added nutritional benefits, not to mention a more robust flavor. Red cabbage gets its color from a high concentration of anthocyanin polyphenols, which give red cabbage significantly more protective phytonutrients than regular green cabbage.

While we are at it, did you know that cabbage juice has been shown to help stomach ulcers? In fact, current studies show clearly that cabbage has a wide variety of nutrients that are of great benefit to both our stomach and the intestinal lining. This is because cabbage juice is one of the most healing nutrients when it comes to the repair of peptic ulcers, vitamin U. While this isn’t really a vitamin, this enzyme has been proven that when it is applied to ulcers, it helps them to heal quickly. Cabbage juice is also one of the best stimulants of stomach acid. Although most people believe that they produce too much acid, the truth is, they actually produce too little. Having too little stomach acid can lead to digestive problems and significantly increase your risk of infection.

With only 33 calories in one cup of cabbage, almost no fat and a high amount of fiber, this is one smart vegetable when it comes to losing weight. Cabbage is also full of anthocyanins and vitamin K that can help improve concentration levels and mental function. Cabbage contains nutrients that prevent nerve damage, which can lessen your chances of developing mental diseases such as Alzheimer’s disease, the most common form of dementia. 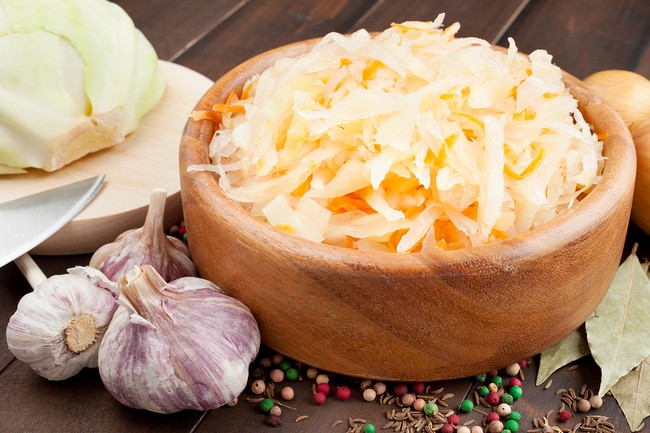 Cabbage is also super high in vitamin C and sulphur, which can help to remove toxins from the body, uric acid, as well as fight off free radicals, which are the underlying culprits in many cases of gout, arthritis, skin diseases, and rheumatism.

Cabbage is also loaded with potassium, which helps to remove salt from the body and open up the blood vessels, which can lower blood pressure.

A little known but age old trick to relieve headaches is to crush a few cabbage leaves, place them in a damp cloth, and apply it to the forehead for 15 to 20 minutes. Another old remedy is to drink 1 or 2 ounces of raw cabbage juice each day to relieve the pain of chronic headaches. In fact, this headache remedy goes way back; Romans used to stop the headache from hangovers by drinking cabbage juice.

You will want to include cabbage as one of the vegetables you eat on a regular basis. Try to eat a minimum of 1.5 cups of this cancer fighting veggie at least twice per week. Those are the minimum recommendations, for the best cancer fighting diet you can imagine, eat 2 cups of cabbage, 4 to 5 times each week.

Studies make it clear that no matter what type of cabbage you decide to eat, red, green, or Savoy, you can get tremendous health benefits. It only makes sense that including it in your diet as often as possible will give you tremendous satisfaction in knowing that you are doing all you can to fight cancer!