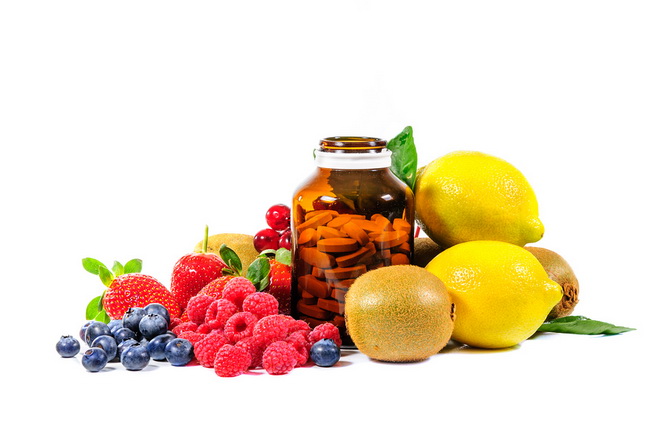 It’s good to get the blood pumping on a regular basis. Cardiovascular exercise is an essential part of any health-conscious person’s lifestyle. But after a vigorous cardio session, many people find themselves suddenly out of breath and unable to get as much oxygen as they need.

Bronchoconstriction is a condition in which the respiratory system is sometimes unable to take in as much air as it normally does. This occurs in affected individuals after periods of intense physical activity. Around 90 percent of people with asthma are affected, and up to 10 percent of the non-asthmatic population experience it as well. Breathing difficulties of any kind can be quite frightening and debilitating, but there is now a new hope for people with bronchoconstriction, and it comes in the form of a cheap and readily available vitamin.

You might have heard of it – Good ol’ vitamin C.

Vitamin C is something a miracle substance. It’s an antioxidant that boosts the immune system and fights cell-damaging free radicals and infections.

Scientists and athletes alike have also known for some time about vitamin C’s ability to assist in post-workout recovery. This is due to the relationship between vitamin C and the so called “stress hormone” cortisol. This hormone gets a lot of negative press, but cortisol does play an essential role in regulating blood pressure and hunger signals, among other things. The problem is that chronically high levels of cortisol can keep your body in a catabolic state, especially after exercise. Catabolism is the process by which the body’s muscle tissues begin to break down. Vitamin C helps lower cortisol levels naturally, allowing for a faster and more complete recovery.

So while athletes have kept vitamin C in their toolkits for years, many people did not realize other potential benefits from this amazing chemical. Recent studies have indicated that vitamin C can be very effective against combating breathing difficulty in people suffering from constricted airways after exercise.

First, let’s explain exactly what causes bronchoconstriction so we see how vitamin C helps fix it.

The Role of Vitamin C in Fighting Bronchoconstriction

Bronchoconstriction is basically a form of exercise-induced asthma. Past a certain level of cardiovascular exertion, the airways will begin to close up, resulting in an asthma attack.

Previous research has suggested that bronchoconstriction can be negated by histamines and prostaglandins, which are both metabolized through processes that are facilitated by vitamin C.

Scientists in Finland wanted to determine whether or not they could prove there was a relationship between increased intake of vitamin C and improved breathing after strenuous cardiovascular exercise. They began by analyzing data which measured FEV1 levels in athletes who supplemented with vitamin C. FEV1 (Forced Expiratory Volume) represents the amount of air that a person can exhales out of their lungs in one second. In other words, higher FEV1 means better post-workout breathing.

One study was performed on male teenage swimmers, some of whom were given vitamin C. Supplementation led to a 50 percent decrease in the reduction of FEV1. In other words, the data showed that the swimmers who supplemented with vitamin C experienced 50 percent better breathing after training than those that did not.

In fact, five other studies produced similar results. Those test subjects who took vitamin C consistently demonstrated 50 percent reduction in exercise-induced breathing difficulty than those who did not.

However, FEV1 only corresponds to the obstruction of large airways. The researchers wanted to be certain the vitamin C was affecting the smaller airways as well. Measurements for these airways are called Forced Expiratory Flow 25-75, or Forced Forced Expiratory Flow 60 (FEF25-75 and FEF60, respectively). It is actually more vital to get this data when treating bronchoconstriction, because FEF25-75 and FEF60 usually decrease twice as much FEV1 in those suffering from the condition. Since these systems measure airway constriction, as with the FEV1, a higher number is considered better.

Researchers went back and reexamined data from an older study on bronchoconstriction patients that had not been properly analyzed. Adults in their mid-twenties with both asthma and bronchoconstriction were given vitamin C to see if it would have an effect on their post-exercise breathing. The participants were given either the vitamin or a placebo on alternating days. The results were shocking: On the days a participant was given vitamin C, their FEF 60 levels increased by 50 to 150 percent!

How Much Vitamin C Should You Take?

Most studies seem to have produced effective results with around 1000 mg of vitamin C per day. Of course, everyone’s body is unique, and sensible precautions should be taken.

READ ALSO: The Many Wonders of Vitamin C

If you’re an otherwise healthy individual who wishes to improve their athletic performance, you can afford to experiment a bit. However, bronchoconstriction is a serious medical condition, and if you have it, you should talk to your doctor about what amount of vitamin C is appropriate for you before beginning any self-administered regimen.