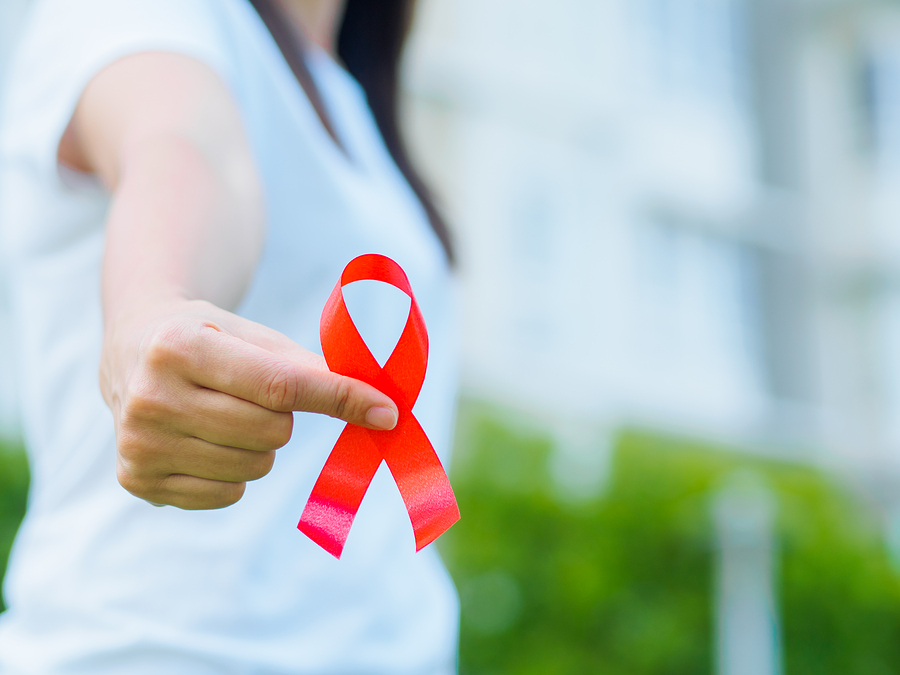 HIV is an infamous virus discovered in the 1980’s which, according to WHO, now affects an estimated 36.7 million people around the world.

The acronym actually stands for human immunodeficiency virus (HIV) and once in the body, it affects and weakens the cells in the immune system, lowering the body’s ability to fight off  everyday diseases and infections which would may not otherwise be dangerous. It does this by penetrating the cells (particularly the T blood cells which are responsible for fighting off infections) in the body, then destroying or damaging them to make copies of itself. And — by doing this — it can rapidly spread through the body, damaging and killing off more and more cells and compromising the body’s defences.

The virus is transmitted from one person to another via bodily fluids such as blood, semen, and vaginal fluids, typically during sexual intercourse or when sharing intravenous needles. But, it will not survive outside the body for very long. It can also be passed from mother to baby via breast milk with an estimated 1.1 million pregnant women infected with the virus.

While it is more prolific in some countries and areas around the world than in others, anyone can catch it and this will more than likely occur without the individual realising. This is because the virus itself does not cause any immediate symptoms, but this does not mean that it is not spreading like wildfire within the body of the infected person.

However, roughly 6 weeks after contracting the virus, the person may experience a short bout of fever-like symptoms, such as a sore throat and high temperature, although this usually goes undetected as anything serious and could be mistaken for a cold or the flu. These symptoms are in fact the body’s initial reaction to catching the virus. After this, the virus will produce no other symptoms and the person may feel well for a long time, even several years with no knowledge of the infection. Over time though, as the levels of T-blood cells drop, the person may then experience a range of other symptoms such as weight loss and tiredness, which again, could easily be mistaken for other illnesses.

If a person is diagnosed with HIV there is no cure for it, but there are effective treatments. Combination antiretroviral therapy, or ART for short, works by drastically reducing the viral load in the body, blocking the reproduction of HIV. This not only allows the immune system to start fighting back against infections again, but also greatly lowers the risk of the infected person passing on the virus to sexual partners. According to WHO, 18.2 million people were receiving ART as of mid-2016.

People who are sexually active should have regular tests for HIV and all other sexually transmitted infections. More widespread and regular testing for HIV could decrease the number of infected people. The test for HIV works by detecting antibodies that the body has produced to fight the virus, although it can take a few weeks for these to appear. There are also more accurate tests for people who believe they have been very recently infected with the virus which detect the HIV’s RNA.

Sexually transmitted HIV can easily be protected against by practising safe sex and always using condoms. Drug-users can prevent its transmission by not injecting drugs or, if they do, by refraining from sharing needles. The same applies to people seeking piercings or tattoos, by ensuring that the salon is thoroughly clean and any needles the piercer or tattooist uses come only from sterile packaging. For expectant mothers with HIV, they can prevent the transmission of the virus to their baby by following a treatment plan at all times.

Related Posts
be awarebodyhealth statistics
Help Us Spread The Word!
Like Us On Facebook To Stay Updated!
I'm already a Naturalon fan, don't show this box again.