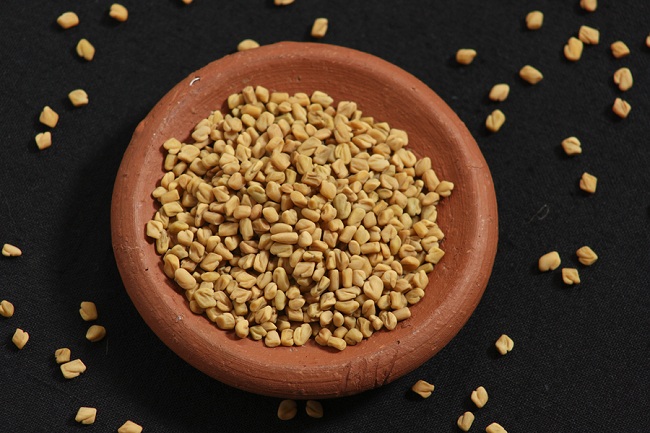 The word fenugreek may be something you have never heard of before, but you will be really surprised to know that it represents one of the oldest medicinal herbs in the world. The versatile plant goes back to the year 1500 BCE and was used in India, Greece, Arabia, and China.

While this herb was most used to help reduce the congestion in the lungs and the mucus that goes with it, why is it something you should add to your diet in this day and age? Here are some reasons that besides being used for several health issues, fenugreek is also recognized for its success with the female reproductive issues. It is an important herb that can also help with many of today’s conditions. Here are 14 conditions that fenugreek could help resolve in your life.

In the study regarding women suffering from polycystic ovarian syndrome (PCOS), the group who took the fenugreek two times each day for 3 months showed a significant benefit in symptoms. By the time the trial was over, 71% of the women taking the fenugreek were returned to regular menstrual cycles. The amount and size of the cysts were both reduced, and the complete increase in symptoms with fenugreek reached 94%.

A clinical trial occurred with 42 people who had Parkinson’s disease were either given a placebo, or 300 mg of seed extract from the fenugreek herb. While some of the results did not show as large of a difference as they expected, there were changes in the motor score, as well as the Unified Parkinson’s Disease Rating Scale. At least 21.7% of those taking the fenugreek progressed 21.7% as opposed to 5.3% who took the placebo.