12 Ways To Stop Annoying Your Spouse (Come On, You Know You Do!) 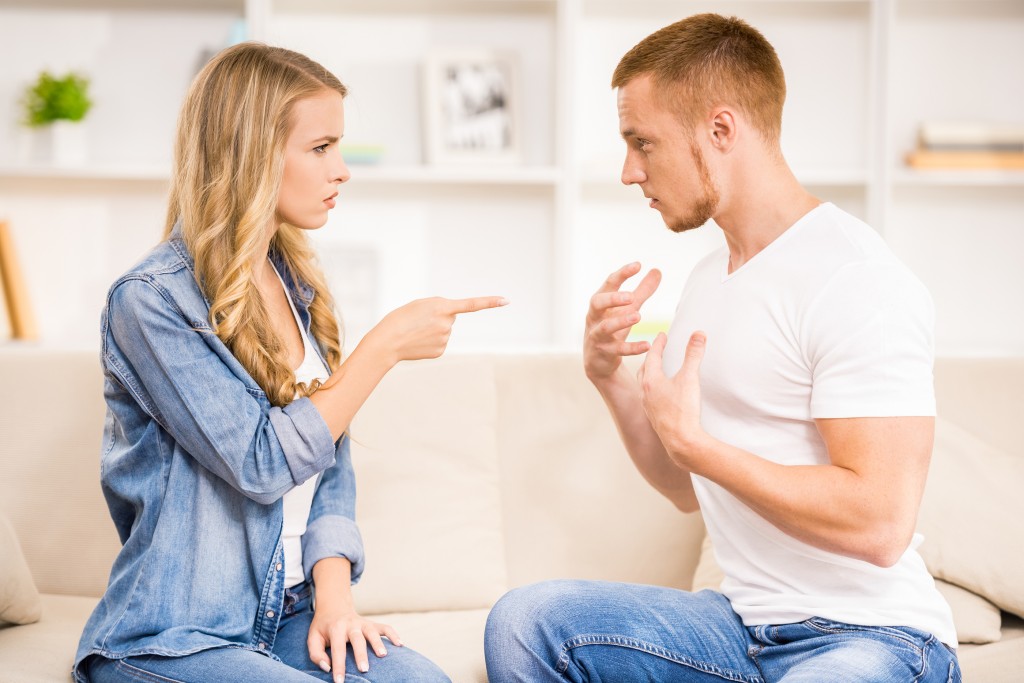 There are plenty of things that you are doing that really annoy your spouse. Admit it! You know it’s true! Perhaps one of the worst offenders is passing gas all night long. Seriously, is there anything more annoying than that? Sometimes it’s so bad, you are afraid to light incense because you might cause an explosion.

Experts say that the average person passes gas about 14 times each day. No wonder global warming is such a problem! Even if you are single, you probably worry about those unexpected little farts that happen in public places.

Yes, farts can be funny, but the pain that excess gas causes is no joke. Excess gas can be due to eating too quickly, eating spicy foods, eating a lot of foods that tend to cause gas, stress, digestive problems, and even bacterial infections.

If you really want to stop embarrassing yourself in public and show your spouse that you really do care, keep reading! We have 12 of the best ways to get those tuba-playing moments under control.

Considered to be nothing more than an annoying weed, dandelion actually has numerous health benefits. One of which is relief from gas. You can buy dandelion tea in most health foods stores or you can make your own by steeping some of the (organic) leaves, flowers and roots in boiling water for a few minutes. Drink one cup after every meal for gas relief you can count on.

Ah! Here is some tasty relief from excess gas! Cinnamon will soothe the digestive system and prevents the formation of gas. You can add half a teaspoon of cinnamon powder to a cup of warm milk (add a touch of honey if you like) or you can drink cinnamon tea. Try drinking one cup after lunch and then again after dinner for best results.

By stimulating proper digestion, caraway seeds can ease gas pains, cramps, and even indigestion. Add caraway to your meals or boil a teaspoon of seeds in one cup of water. Strain out the seeds, and then drink the water (add some honey if you like) after each meal. 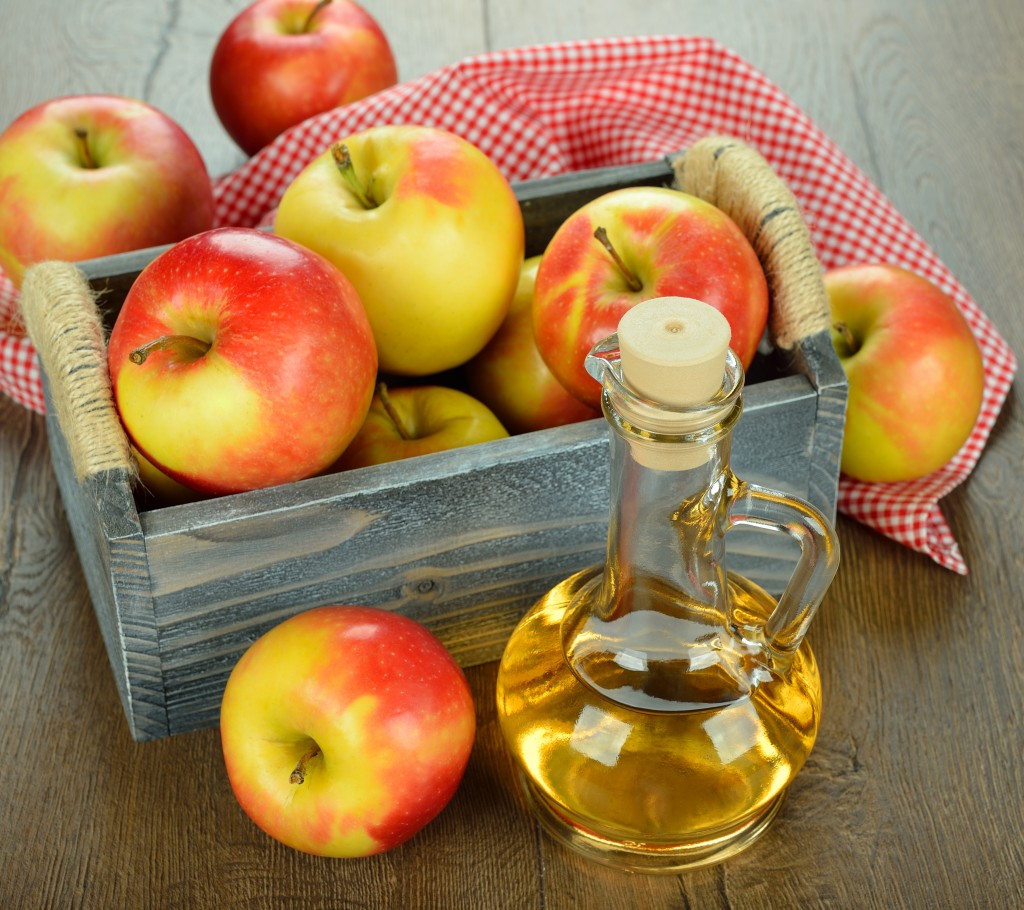 Often used for the treatment of indigestion, apple cider vinegar can also help to relieve excess gas. Apple cider vinegar will soothe your stomach while providing you with almost instant relief from gas. Add two teaspoons of apple cider vinegar in a glass of water (you might want to add some honey to make it more palatable) and drink once each day, usually after dinner.

This common kitchen spice can also offer you some relief from gas and stomach pains. Add roasted cardamom to your vegetable dishes, beans, and rice dishes to help prevent gas, or you can chew on the whole cardamom pod after meals to relive gas. Another method is to make cardamom tea by boiling a few cardamom pods and a slice of ginger root along with one teaspoon of fennel seeds. Boil for three minutes, strain, and drink two or three cups each day.

Speaking of ginger, this is another terrific herb for relieving gas. Drink ginger tea after each meal or chew on some fresh ginger root slices after each meal to help stop gas almost instantly. If you are out and about and can’t get some ginger tea, you can rub a bit of ginger essential oil on your abdomen after eating.

This herb has long been used to ease stomach pains, but most people don’t know that peppermint will also stop gas. Drink peppermint tea after each meal or chew on fresh peppermint leaves after every meal. Another method would be to put two drops of peppermint essential oil in half a cup of cold water and drink twice each day for super-fast relief from excess gas.

This is an old fashioned remedy to relieve gas that works quite well. This remedy comes to us from Ayurvedic medicine and has been used for hundreds, perhaps thousands, of years to relieve stomach pains and excess gas and bloating. Mix one teaspoon of carom (ajwain) seeds and one teaspoon of black salt in one cup of buttermilk. If you can’t find carom (not to be confused with cardamom) seeds, you can use celery seeds. Mix well and drink once each day, preferably just before bedtime. 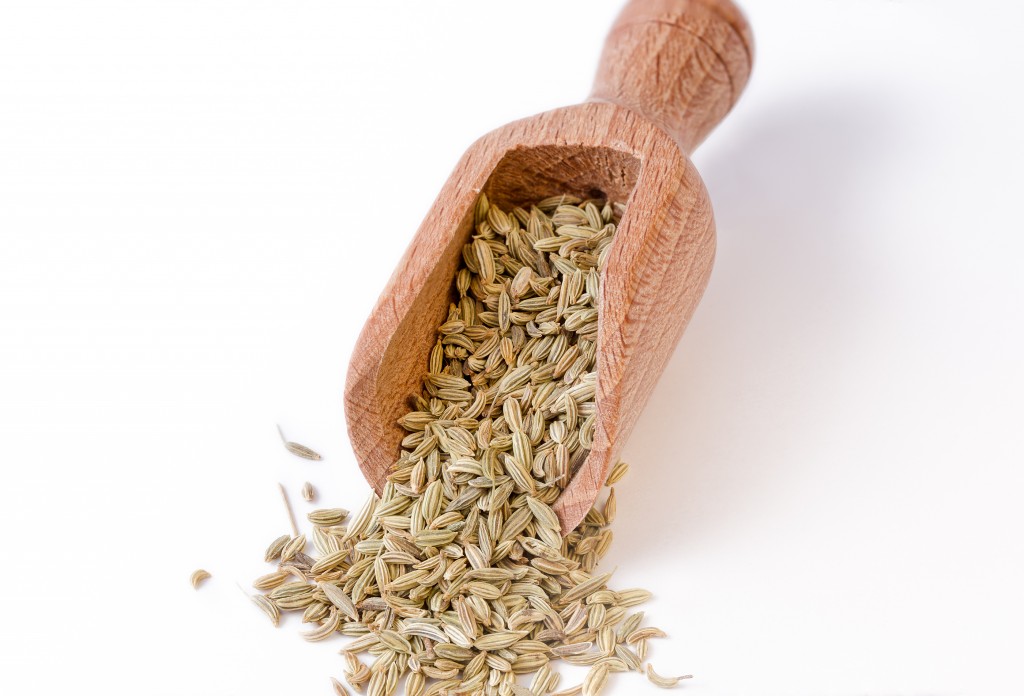 This is perhaps that No. 1 recipe most often recommended to relieve gas and bloat. If you like fennel, you can chew on some fresh leaves after each meal. Most people simply make a tea by boiling some fennel seeds in some boiling water for three to five minutes, strain, and then drinking it hot. You can also mix fennel seeds with some mint leaves and a bit of cardamom in some boiling water. Steep for five minutes, then strain and drink for instant relief from excess gas.

This little-known spice is an effective remedy against gas. It has powerful anti-flatulent and anti-spasmodic compounds that work quickly. All it takes is a pinch of asafetida in a glass of warm water after every meal. Another method is to sprinkle just a bit of asafetida on a banana and eat as often as necessary to get relief from excess gas.

The pungent heat in garlic stimulates the gastric fire in the body, offering relief from stomach gas. You can add organic garlic to your meals to help aid in the digestion process and reduce gas. Another method is to boil some ground garlic in a cup or two of water for three to five minutes. Add a pinch of black pepper and some cumin seeds. Strain and then cool until it reaches room temperature and drink two or three times each day.

You can also simply avoid gas by eating fewer — or avoiding completely — foods that tend to cause gas such as beans, cabbage, onions, apples, corn, prunes, peaches, and ice cream.