Although inflammation is not easy to deal with, it is actually your body’s autoimmune response to things it finds threatening or dangerous. Inflammation frequently occurs when we are exposed to things such as allergens, chemicals, toxins, and other types of microorganisms. Since we typically encounter things like this on a daily basis, is it any wonder that most people experience some inflammation somewhere in the body from time to time? The problem is that when inflammation becomes chronic, the body can actually end up damaging its own tissues.

Up until now you might have only thought of herbs and spices as a means of bringing out the flavor of food but they are so much more than that! There are many herbs and spices, some common and others not so much, that will really make an impact on inflammation in the body. Try some of the ones on this list of the best 15 anti-inflammatory herbs and spices Mother Nature has to offer and see for yourself.

This super common and much loved spice has been used for centuries now, both for flavor and for its therapeutic properties. In fact, one study in 2008 found that the essential oil inside cinnamon sticks had superb anti-inflammatory compounds.  Studies done with animals have shown that cinnamon is effective in fighting both inflammation and bacteria.  If you are currently taking blood thinners, diabetes drugs, or heart medications, you should consult your doctor before taking cinnamon supplements.

A close relative of ginger, this spice has a long history of use in both Ayurveda medicine as well as Indian cuisine. Although native to southern Asia, turmeric has been used as a spice as well as a coloring agent for many foods including sauces, popcorn, cereal, and cheese.

Used as medicine for thousands of years, turmeric is still used by those who practice naturopathic medicine and is often prescribed for those suffering from tendonitis, arthritis, and auto-immune diseases. It’s the volatile oil inside turmeric, called curcumin, which gives this spice its anti-inflammatory effects. Science has been actively studying this spice recently and they have found that it can often be used in place of (or sometimes in addition to) prescription drugs. Read more about wonders of turmeric.

Bet you thought parsley was just there to pretty up your plate, didn’t you? Well, before you toss that little sprig aside, you should know that parsley is full of nutrients such as vitamins K, C, A, and the B complex vitamins. It’s often thought of as a means to treat digestive problems, but parsley can also prevent and treat inflammation with its wide array of immune supporting nutrients.

A study published in the 2008 issue of Phytotherapy Research showed that parsley consumption can dramatically bring down inflammation due its ability to seek out and kill free radicals that cause both cell damage and inflammation.  Important note: It is possible to consume too much parsley, so be pay attention to your dosage. Also, pregnant women should not consume anything more than a sprig or two of fresh parsley each day as consumption of parsley seeds and oils have been associated with miscarriage. If you are pregnant or taking prescription medication, always consult your doctor before consuming any herbal product.

Just the word conjures up vision of pumpkin pie and other yummy baked goods. Nutmeg is the seed of a tree that is native to the Indonesian Spice Islands. Used in the West almost exclusively as a baking spice, nutmeg has been used for centuries by herbalists and in folk medicine for its therapeutic value.

Recently, scientists have begun to study nutmeg for its potential to treat inflammation, and conditions caused by inflammation such as rheumatoid arthritis. Scientists in Nigeria published an article in 1999 that showed that extracts from nutmeg stopped swelling in studies done with rats and in vitro tests show that nutmeg improved the body’s natural ability to fight chronic inflammation and stop health problems that are associated with on-going inflammation. Nutmeg has also been used to stop the joint and muscle pain that often accompanies inflammation.

This is an extremely popular herb that is used in foods as well as for medicinal purposes around the world. It has been used for centuries to treat many common health problems such as epilepsy, poor circulation, and headaches.

Several studies have also show that rosemary has powerful anti-inflammatory compounds. This is because this sweet smelling herb has a high level of flavonoids, which are very effective at stopping inflammation in the body. Studies show that rosemary extracts can actually protect the body from inflammatory compounds on a cellular level. NOTE: Consuming too much rosemary can interfere with iron absorption. Although it won’t cause anemia directly, it can worsen a pre-existing condition.

Commonly used in Ayurvedic medicine for joint pain, Boswellia is little known in the West. However, recent studies back up claims that this herb that comes from the Boswellia tree can stop inflammation.

Not what you would call a kiss friendly herb, but this tasty herb has been found in numerous studies to have all kinds of health benefits. In fact, one study performed in 2011 showed that garlic reduced oxidative stress levels as well as vascular inflammation in studies done with rats that were fed a high fructose diet.  Garlic works in a very similar way to penicillin; it fights inflammation by altering the cytokines that cause inflammation.

This is another herb that has been used for centuries in Ayurvedic medicine but is little known in America. Studies show that Tropical Rose Mallow (hibiscus vitifolius) contains a compound called gossypin (found in the root) that can not only reduce inflammation levels but stop the retention of fluid so that the swelling that often comes with inflammation is also reduced. Scientists in India in 2003 showed that gossypin was effective against free radicals because of the high antioxidants found in this compound.

Holy basil is indigenous to India where it has been used traditionally to treat inflammation. In fact, it is still used today in Ayurvedic medicine and by naturopaths. Holy basil has recently been the subject of interest and has been studied and tested for its potential to treat inflammatory conditions. Studies done with animal’s show that this herb can prevent and fight inflammation and appears to be just as effective as many over the counter painkillers. 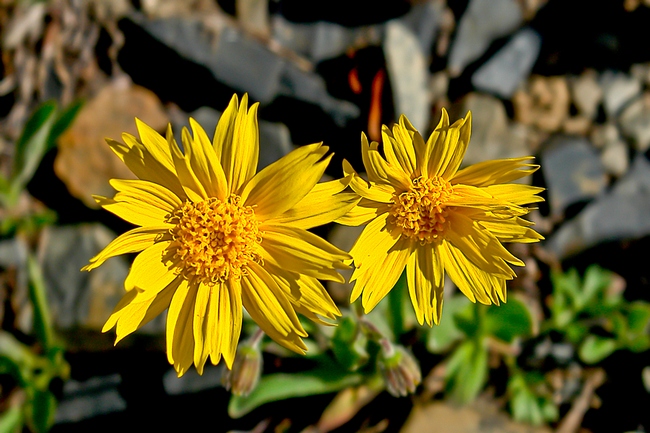 No, this is not a misspelling of Google. Guggul is a tree native to India that has been used in traditional medicine in that country. Sometimes called the myrrh tree, or mukul, guggul has powerful healing properties in the resin, as opposed to most trees where the bark, leaves, or flowers are used. It has been used traditionally to cleanse the body of toxins.

The National Institute of Health says that guggul resin contains compounds that are very effective in the treatment of several health conditions on both a molecular and biological level.  Guggul (commiphora wightii) has been shown in tests that the extracts from the resin have excellent anti-inflammatory effects and would be most effective for those with osteoarthritis or rheumatoid arthritis.  Guggul thins the blood so don’t take this without a doctor’s authorization if you are already taking blood thinners.

Although most herbs are taken orally to combat inflammation, arnica is unique, as it is used topically. This herb is found in Asia, Canada, and the Northern United States. You might have seen this listed on many creams and lotions that are sold over the counter for the relief of arthritis pain.

This is because arnica has been shown that it has the ability to stop the activity of immune system cells that cause or trigger inflammation. Note that arnica is only to be used topically as internal consumption can cause serious problems including internal bleeding and coma.

Neem is known as the “divine tree” in India and with its anti-fungal, anti-viral, antibacterial, and anti-inflammatory compounds, it’s no surprise why. Neem has been shown in several studies to fight inflammation. One study showed that the leaves of this tree blocked the way prostaglandin works, which is the hormone that causes pain. Neem not only fights inflammation but it also helps to stop the edema (swelling) that goes with it. Pregnant women should not consume neem products.

When someone says licorice, most people immediately think of licorice candy. Although this root can be used for candy, it is also used to flavor many other foods and drinks and is often used as a tea. This herb is a superior inflammation fighter due to its super high concentration of flavonoids. Besides being a terrific anti-inflammatory, licorice root is also anti-ulcer, anti-fungal, and an anti-depressant. The Journal Pharmacological Research published a study in their 2008 issue that showed that licorice root was able to treat even severe inflammation. This study believes licorice root does this by activating STAT-3 and NF-kappa B pathways.

Ginger was shown during a 2011 review that it was one of the best anti-inflammatory spices and that it could play an important role in certain neurodegenerative diseases. This review stated that chronic inflammation was a key element in the development of several diseases such as Parkinson’s, Alzheimer’s, brain tumors, meningitis, and MS. Ginger is a known nutraceutical that target inflammation pathways.

So by consuming more ginger, it’s thought that is might prevent future neurodegenerative diseases.  In 1992, ginger was studied at the Odense University in Denmark where 75 percent of the study subjects experienced tremendous pain relief after taking ginger supplements.

Cat’s claw is indigenous to Peru Colombia and Ecuador and has a long history of being used by traditional medicine practitioners of South America as a treatment for joint pain. Cat’s claw has also been used to relieve gastritis (which is an inflammation of the stomach), skin inflammation, and the inflammation that often comes with menstruation. Studies done in-vitro have shown that cat’s claw contains potent alkaloids. These compounds protect the body from free radical damage. Clinical trials show that this herb can help treat rheumatoid arthritis as well as osteoarthritis.  You can find cat’s claw (uncaria tomentosa or uncaria guianensis) in almost all health food stores.