Ok, so this might sound like something out of a Hollywood movie or just another scam but the truth is, hypnosis really can improve and protect your health in a number of ways.

Forget “On a Clear Day” and all that “…night slowly falls as the window opens and you are getting very sleepy” crap. Hypnosis is a true clinical procedure used in conjunctions with other therapies and/or other treatments. Using hypnosis for health benefits should only be done by trained health care professionals who are credentialed to work and use hypnosis in their area of professional expertise. 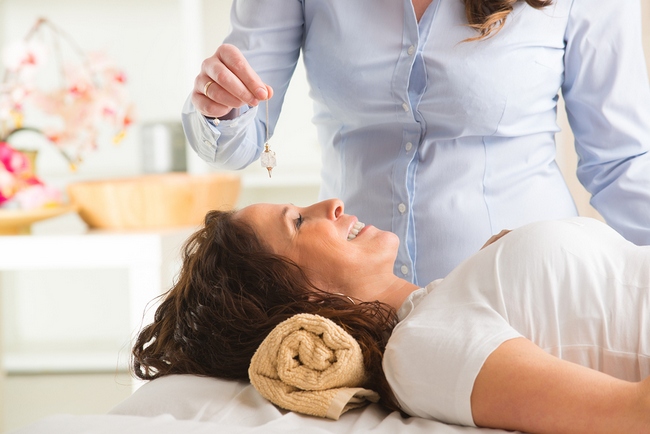 What does that mean exactly? It means don’t use Madame Ruby Hypnotist that you see downtown. Only talk to trained, skilled, certified professionals, such as psychologists or marriage and family therapists.

Don’t believe those old movies or the shows you see in Vegas where people are taking off their socks and bras unawares. Hypnosis merely puts you in a state of mind where you have super concentrated and focused attention. It helps us to use our minds in a more powerful manner.

Medical hypnosis, often times called hypnotherapy, uses mental imagery and verbal repetition to put your mind into a trance like state of intense focus. It’s usually described by people as a calm feeling that relaxes them and opens their minds to suggestions.

Hypnosis is not a parlor trick but it’s also not a panacea. Science, however, does have some real evidence that hypnosis does work in some areas. Check out this list of 5 benefits you can get from hypnosis.

Because hypnosis can help to harness the power in your own mind, it’s often used to relive anxieties and fears such as those encountered before surgery, scans, or giving birth. This might work like placebos do; so that your expectation of how things will feel is exactly what you will feel. Hypnosis can help people adjust their own expectations of fear and pain and lower those expectations. More research is being done to determine if hypnosis might help those who suffer from generalized anxiety disorder or for panic attacks. There are also preliminary studies being done to determine if hypnosis might be helpful for the treatment of depression, also, but they are still on going so there is no determination as of yet.

In studies done previously, subjects were asked to report how well (or how badly) they believed they slept after a hypnosis session. Not very scientific. More recently, scientists in Switzerland measured these effects by monitoring the brain activity among a group of young women while they took 90 minute naps after listening to a hypnotic suggestion tape. These women spent 80 percent more time in slow-wave sleep (which is the deep sleep we all need and crave) after listening to the hypnosis tape than they did when they only listened to a neutral text spoken aloud. This is important to note as hypnosis, unlike many other sleeping pills, has no adverse side effects whatsoever. Read more why you should sleep.

A study done involving 204 patients with IBS found that 71 percent of those subjects stated that they had vastly improved symptoms after 12 weeks of hour long hypnosis sessions. Of those who reported these improvements, 81 percent stated that they continued to feel better for as long as 6 years after their hypnosis treatments ended. A study done in 2012 found that 85 percent of patients with IBS who also reported feeling an improvement in their symptoms still felt better a full 7 years later. This means hypnosis could actually lower the consumption of healthcare and its costs to society.

4. It can calm hot flashes

A study done in 2013 found that postmenopausal women, who stated that they had a minimum of 50 hot flashes every week, cut those hot flashes by 74 percent after just 5 weekly hypnosis sessions. Women who did not receive hypnosis but instead had weekly sessions with a doctor only had a 17 percent drop in the number of hot flashes.

Hypnotherapy has probably had the most research done in the area of pain management. Two meta-analyses of hypnosis and pain research, found that hypnosis was effective at lowering the pain of a great number of health problems including cancer, fibromyalgia, and arthritis, even though few psychologist were using it. The results of these meta-analyses were published both in 2000 and again in 2009. Find out harmful effects of popular painkillers.

Related Posts
benefitshealing
Help Us Spread The Word!
Like Us On Facebook To Stay Updated!
I'm already a Naturalon fan, don't show this box again.