Well let’s see; there have been huge protests against GM corn, beets, and soy (to name a few) so what is Big Agra’s answer? Let’s make a GM potato. That makes sense, doesn’t it? Would you eat it? Although surveys give a resounding NO, many people will be eating them because of a lack of labeling. Luckily, many food researchers and scientists are speaking out over this new vegetable disaster that has unknown health consequences.

When this Franken-potato was approved by the United States Department of Agriculture, it was already clear that the last thing this safety commission was interested in was the safety of your health and well-being. With more than 98 percent of our corn crops, as well as 94 percent of our soy crops contaminating our fields and being protested by millions of people, it should seem fairly obvious that the only people interested in a new GMO food is Big Agra. This genetic manipulation of our foods has been shown in dozens of studies to be a toxic danger. Monsanto’s GMOs and herbicide Roundup, which is built in to the very genes of these foods, have been linked to numerous health issues, including: 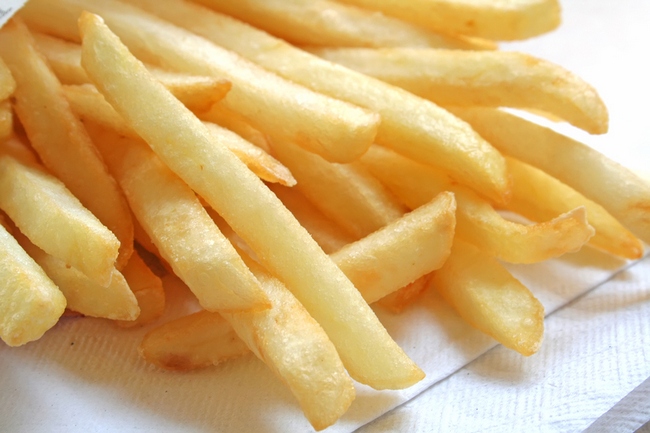 But all the while, Uncle Sam still seems to think that it’s a good idea to allow foods that are laced with Roundup and sprayed with Roundup, to hit your supermarket with no label whatsoever, even if it’s in infant formula or baby foods. Today more medical professionals, even a few in the agricultural industry, are taking a stand against what has now become an international issue against the manipulation and contamination of our food sources.

Yet here we are, about to undergo another wave of attack, this time from GM potatoes. We know some of the dangers of these foods, but the long term effects of these GM foods are still unknown. Monsanto and Big Agra might not care about what they are feeding us, but what about the USDA? Aren’t they supposed to protect us? These approvals they hand out with absolutely no studies being done to confirm the safety of these foods should concern everyone.

SEE ALSO: If GMO’s are Safe and Healthy then Why Doesn’t Big Agra Want Them Labeled?

This potato, called the Simplot, is pushing itself as “better” than other potatoes. This really gives people a false impression, that somehow it will be OK to eat this potato as French fries or chips, since it is “safer,” right? These claims of some kind of health benefit of this GM potato are misleading at best and, in light of the damage that this GM monster can cause, it can be downright dangerous.

Don’t be misled by these claims that somehow this GM food is safer or healthier, or is somehow better for you. Share this information with your friends, family, and co-workers. This genetic time bomb is just waiting to explode. It’s time to get serious about regaining control over our food supply by spreading important information through legislation. If the US government doesn’t watch over us, then we are going to have to do it ourselves.

Related Posts
be awarehealthvegetables
Help Us Spread The Word!
Like Us On Facebook To Stay Updated!
I'm already a Naturalon fan, don't show this box again.