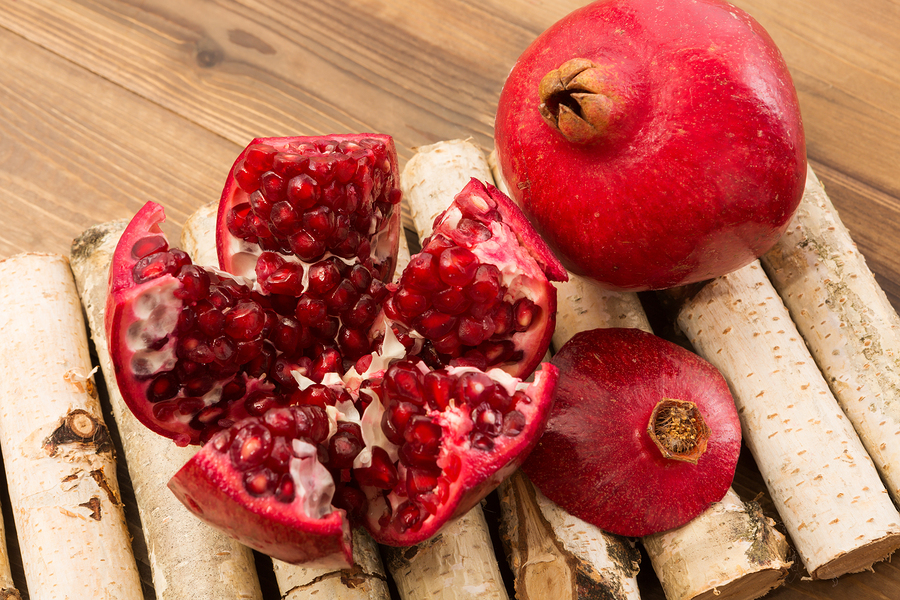 Pomegranates as a Natural Cancer Killer?

According to the cancer stem-cell hypothesis, all types of cancer are formed by the same type of stem cells which then grow into cancerous tumors. This encompasses all forms of primary and secondary tumors related to cancer. The hypothesis also maintains that cancerous tumors can be heterogeneous— that is, different types of cancer cells can be found within the same tumor. The stem cell creates the tumor, and then new cells begin to form and mutate, explaining the variety in cells. Conventional treatments like chemotherapy are effective against the newer cells, but do not kill the cancer stem cells. This, according to the hypothesis, is why cancers can return even after an apparently successful round of chemotherapy.

This is where Pomegranates Come In.

New research appears to indicate that pomegranates can prevent and destroy a variety of cancers, including colorectal cancer, prostate cancer, breast cancer, and pancreatic cancer.

It is important to keep in mind that this information is relatively new, and that there haven’t been a huge number of studies confirming its effectiveness against cancer stem cells. Having said that, there was a 2010 study done on mice with mammary cancer to ascertain pomegranate’s effectiveness in this regard. The study, which was published in Oncology Reports indicated that various compounds contained in pomegranates have “the ability to target and destroy the cancer stem cells within mammary cancer”.

The study went into detail about the medical potential of “PE” (pomegranate extract) explaining that “in summary, the present study demonstrates that PE is a potent inhibitor of mammary cancer stem cells in vitro. This is the first study to examine the potential of a dietary extract to target cancer stem cells.”

Another study, this time on humans, focused on men with prostate cancer. The purpose was to see if it would affect the time it took for the men’s levels of prostate specific-antigens (PSAs) to double. (The shorter a period of time it takes for PSA levels to double, the greater the risk of death.) The group that drank pomegranate juice significantly delayed the time it took for this to happen, from 15 to 54 months.

Related Posts
cancerhealth benefitssuperfoods
Help Us Spread The Word!
Like Us On Facebook To Stay Updated!
I'm already a Naturalon fan, don't show this box again.