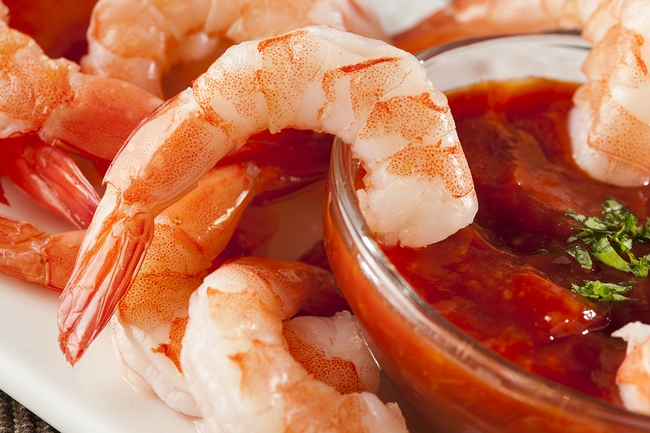 Still another antibiotic (chloramphenicol) was found in levels as much as 150 times the legal limit. Banned in the US because it causes side effects such as leukemia and aplastic anemia. Many of the shrimp were also contaminated with penicillin. Imagine someone who was allergic to penicillin consuming some of these shrimp?

OK, so you think that avoiding imported or farmed shrimp will keep you safe? Think again. Due to the BP oil spill in 2010, most of the shrimp fishing in the Gulf of Mexico was closed down for a period of time due to contamination. Although shrimp harvesting has been reopened, that doesn’t mean it’s safe to eat. Although the FDA and the National Oceanic Atmospheric Administration conducts testing to prevent contaminated shrimp from reaching our supermarkets, the limits that they allow are not considered to be safe by the scientists from the Natural Resources Defense Council. Find out also top contaminated fish you shouldn’t be eating.

As if the filthy conditions at the shrimp farms were not bad enough, the packing plants are also disgustingly dirty. Bloomberg magazine published a report in 2012 which revealed that many of the plants where shrimp are processed have floors that are covered with filth, garbage, flies, and that packaged shrimp was being stored at higher than recommended temperatures. At one plant in Vietnam, the shrimp was being packed in ice made from local tap water.

So although wild-caught seafood is generally your best bet, when you consider the tragedies such as the BP oil spill and the still-leaking nuclear power plant in Fukushima, Japan, as well as the general pollution of our waterways in general, being wild-caught is still not a guarantee that your shrimp is pure and clean.

SEE ALSO: Could You be Eating Radioactive Tuna?

How can you choose safer shrimp for your family?

Look for certification from independent agencies such as the Marine Stewardship Council or the Wild American Shrimp, which certify that the shrimp came from well-managed, clean, and sustainable wild fisheries. Or, you can look for the a label from the Best Aquaculture Practices, which shows that the shrimp in that package was farmed but was raised without antibiotics and in clean, safe conditions.

If you cannot find shrimp with certification, look for wild caught shrimp from North America, not imported from other countries. Some of the best choices are from the Pacific Northwest, British Columbia, or from Oregon.

Also, most “fresh” shrimp that is sold in supermarkets were shipped frozen, and then thawed for the seafood counter for that day. This means that the frozen shrimp you can find in the freezer section of your market is exactly the same as the shrimp that is sitting on that bed of ice, so opt for the frozen variety unless you know for a fact that the shrimp on display was caught fresh within the last 24 hours.