Top 10 Signs You Are at Risk of a Stroke

A deadly or life changing stroke can happen with little or no warning and can lead to devastating consequences.  Strokes are like lightning bolts, seemingly coming out of nowhere. If it doesn’t kill you, it can leave you with debilitating disabilities, such as an inability to speak or to move certain parts of your body. Even though stroke is the third leading cause of death and the number one cause of adult disability, it still trails far behind other diseases in overall awareness and recognition of symptoms.

Know the top 10 factors that can put you at risk. Some of these factors you cannot change, but there are some that are completely within your control.

Puffing away on those cancer sticks is well-known for causing a multitude of health issues and a greatly increased risk of stroke is one of them. Smokers have double the risk of developing an ischemic (blood clot related) stroke compared to those who do not smoke and heavy smokers have an even higher risk. In the August issue of the journal Stroke, a study was published that showed the more cigarettes you smoke, the greater your risk. Women between the ages of 15 to 49 were used in this study and those who smoked more than two packs per day had nine times the risk of developing a stroke as nonsmokers. Smokers, who have a family history of strokes or brain aneurysm, are six times as likely to have a hemorrhage stroke. Although hemorrhage stroke is not as common as an ischemic stroke, they cause death about 40 percent of the time.  Quitting smoking is perhaps one of the most difficult things to do, but there is plenty of help available. Join a support group and talk to your doctor about quitting.

High blood pressure, along with all types of cardio vascular disease, is a major risk factor for stroke. Only about 45 percent of those with high blood pressure have it under control, according to the American Heart Association. Females in particular, tend to have less control over their blood pressure and, generally speaking, when women do suffer strokes they don’t receive the same aggressive treatment as men. Unfortunately, high blood pressure doesn’t have any outward signs, so it’s important to get regular checks and do whatever it takes to bring your blood pressure down.

These types of severe headaches are associated with a greater risk of developing an ischemic stroke, although the reason for this is unknown. Some studies have shown that those with migraines that include visual disturbances, auras, or flashing lights, have a higher risk of stroke than those who suffer from migraines but don’t have this symptom. If you are taking birth control pills and have migraines, you should find another means of contraception as this combination (migraines and birth control pills) can triple the chances of a stroke, according to the American College of Obstetricians and Gynecologists. Find out magic recipes of smoothies for migraines. 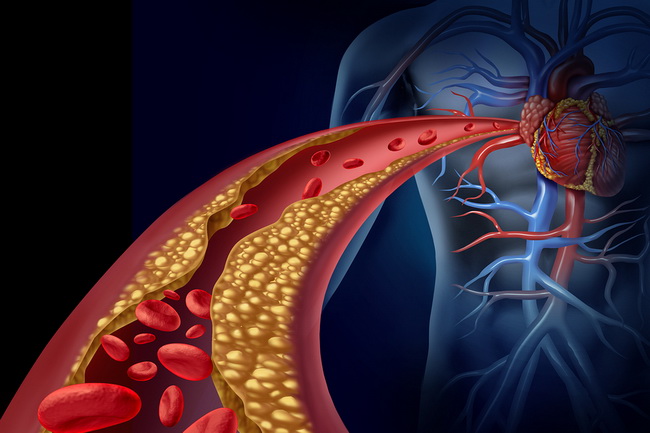 If you drink 3 or more alcoholic drinks per day, it will increase your chance of stroke by an incredible 45 percent. Binge drinking is especially dangerous and combined with high blood pressure, it’s a deadly cocktail.

SEE ALSO: 10 Natural Ways to Clear Out Your Arteries

Those with diabetes are as much as three times more likely to have a stroke than those who do not suffer from diabetes. Unfortunately, diabetics also have more severe strokes that have higher mortality rates. If there are steps you can take to avoid this condition, such as diet and exercise changes, then this might be the time to start.

Being anemic causes changes in the blood vessels in the brain that leave it more vulnerable to a stroke. Even if the anemia is mild, these changes still take place. One study showed that men with very mild anemia had tripled the risk of dying in the year after they had a stroke.

Those who are overweight or obese are three times more likely to have a stroke than those who have normal body weights. These odds are even higher if you have high blood pressure, are diabetic, and/or have high cholesterol.

Even just moderate exercise, such as walking three or four times per week, can lower your chances of a stoke by 20 percent as well as reducing your risk of a fatal stoke by  30 percent! Moderate exercise also makes it much more likely that someone will make a full recovery from a stroke should one occur.

You have to power to change many of the risk factors and reduce your risk of having a stroke dramatically.  Make a choice today to not be a victim of stroke by making the necessary changes you need to make in your life. It’s your life; make it the best, healthiest life possible.

Related Posts
be awarebodyheart health
Help Us Spread The Word!
Like Us On Facebook To Stay Updated!
I'm already a Naturalon fan, don't show this box again.