What Happens To Goats When They Eat GMOs Is Truly Shocking 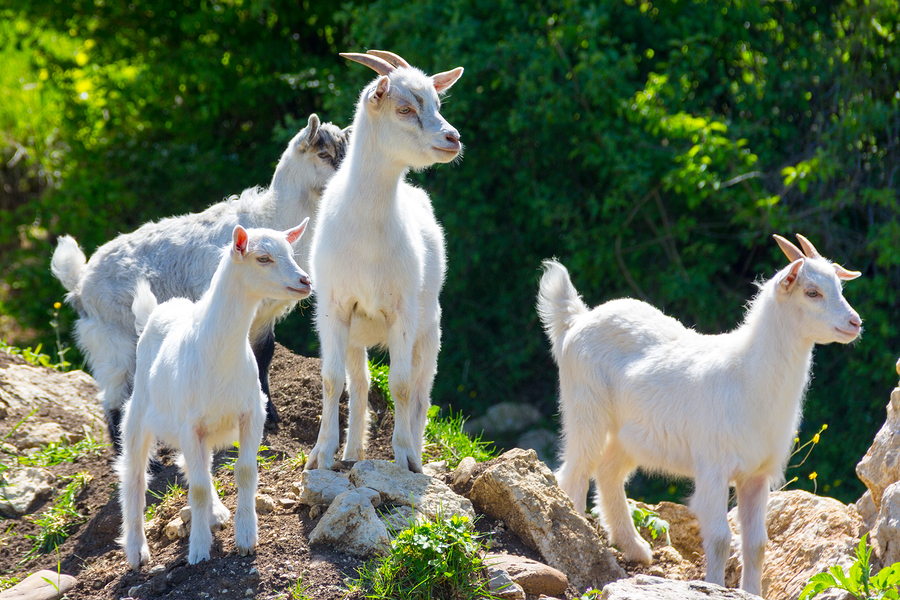 You might already be aware about the suspicions of GM foods. The herbicide glyphosate, which is used in the growing of GM foods, has been found in the breast milk of women around the world. Now in a study involving goats that are fed GM soy beans, the DNA and milk from these goats has been found to be is severely altered. So much so that it affects their offspring in negative ways.

Baby goats, called kids, are studied in both vivo as well as post mortem and what the researchers discovered is downright shocking. The pre-milk that all mammals provide as a means of providing immune components to their offspring, comes in first before the regular milk. This ensures that babies get their mother’s immunity until their immune system is strong enough to provide protection for themselves.

This study found that kids whose mothers had consumed GM soy, not only had DNA that should not be there but they also found that the immunoglobulin concentration levels had been severely altered Also, the colostrum had vastly lower levels of both protein and fat, which means that this milk was substandard fare.

Studies like this make it increasingly obvious that GM foods not only have negative effects on the adults who consume them, but on their offspring as well. These kinds of biochemical and morphological changes in the DNA of rats that were fed GM corn were also found. Imagine what this is doing to human beings?!

We are part of a massive genetic experiment. Just one small mutation in a human can determine so much! We think we are so intelligent that we can move genes around, turn them off and on, and believe that we are immune from disastrous results but this simply isn’t the case.

Horizontal gene transfer is very real, even though most biotech advocates will tell you that there is no “real” risk. Horizontal transfer means that genetic material is being transferred from one organism to another one without the usual reproduction methods. At least not in the way we understand it to be! Gene modification interferes with the natural genetic modification that organisms go through as a matter of survival.

This Italian study found that pregnant goats that were fed GM soybeans had kids that were shorter and grew more slowly than their non-GM eating compounds. This study was published in the journal of Small Ruminant Research. Roundup Ready soybeans are genetically altered to resist the herbicide RoundUp and are sold by Monsanto. It’s been estimated that 90 percent of all soybeans grown in the US are GM products.

After birth, the kids were fed only mothers milk for 60 days. Their growth levels were measured twice, once at 30 days and then again at 60 days. The kids from the GM eating mothers were 20 percent shorter in height and 20 percent lower in weight than their non-GM eating counterparts.

The lower weights and height were not the only differences. It was also found that the colostrum of the GM eating mother goats had lower amounts of antibodies which are important for the healthy immune development of the kids as well as for their overall growth factor.

The goats who ate GM foods also found transgenic DNA in their colostrum. The mother goats which ate a regular diet had no such transgene DNA in their milk.

It’s interesting to note that all the baby goats were of similar size at birth. Both the GM fed mother’s babies and the non-GM food eating goats had similar sized kids at birth but the lower antibodies of the GM mother’s milk are the most likely reason for the smaller sized babies later on.

This study is one of the strongest points of evidence which shows the effects that GM foods can have on our offspring. It is already well-known that GM soybeans have defects, including a lack of manganese, but both GMO developers and regulators refuse to face the facts. They continue to insist that their products are safe and that humans are not the same as rats or goats.

READ ALSO: Look Out! More GMO Foods are Headed to Your Store!

It’s hard to say if these developers and regulators are simply more interested in their bottom line than your health or if they really are this dense. Regardless of the answer, one thing remains true: Goats cannot refuse to eat certain foods. You can, and should, reject all GM foods at all times.