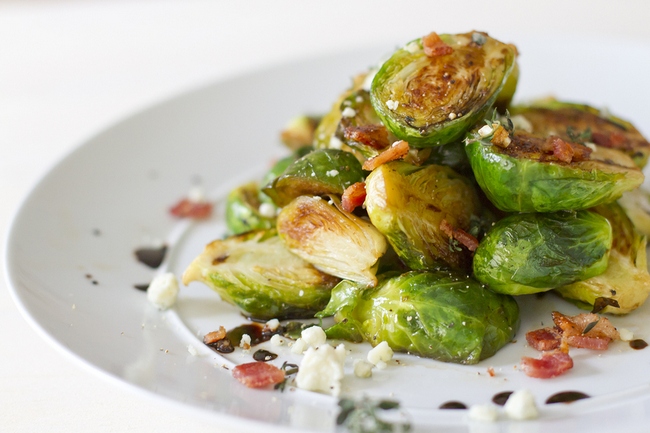 Don’t make that face! Made correctly, these veggies taste heavenly! It’s true that they can have a bitter aftertaste, so combine them with a bit of garlic, onion, and a touch of flavorful sauces such as balsamic vinegar. These little veggies pack a lot of nutrition. Just half a cup have more than 100 percent of your daily recommended intake of vitamin K, are a good source of folate, and a terrific source of iron.

Brussels sprouts contain a chemical called sulforaphane, and it’s been strongly linked to killing cancer kills before they grow. In order to get the most of this cancer fighting compound, don’t boil these veggies, stir-fry or lightly steam them. These veggies are also a great source of vitamin C, which acts like an anti-oxidant in your body, fighting off those cell damaging free radicals. Findout why brussels sprouts are a good source of fiber.

These are typically harvested starting in September, so get a plateful of Brussels sprouts and get your green on!


Related Posts
healthy dietsuperfoodsvegetables
Help Us Spread The Word!
Like Us On Facebook To Stay Updated!
I'm already a Naturalon fan, don't show this box again.