The Rich Are Buying Bunkers – What Are You Doing? 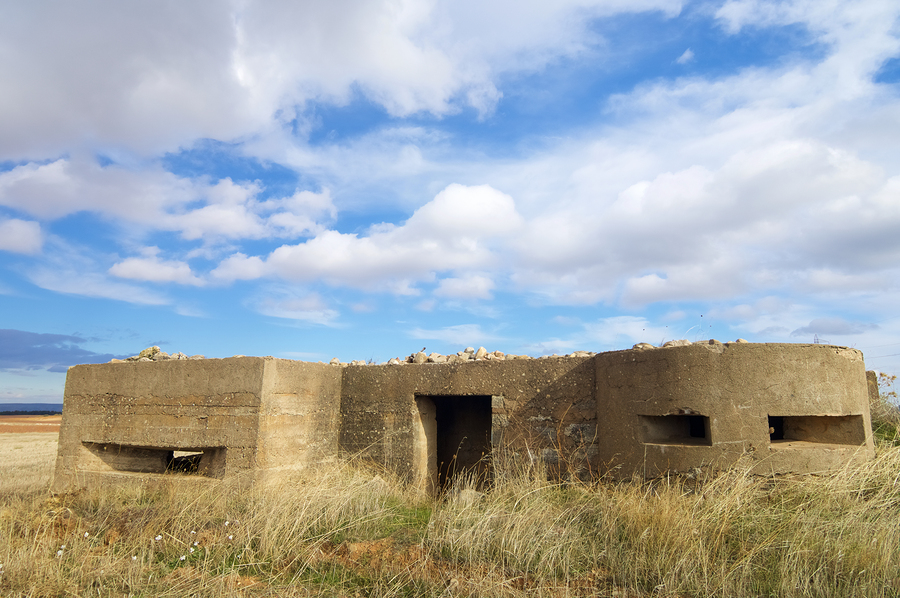 A recent report in The Wall Street Journal states that a luxury condo near Concordia, Kansas sold for $3 million dollars, but not for the reason you might think. The buyer, a Florida night club owner, wasn’t really interested in another indoor swimming pool, the 17 seat movie theater, and not even the hydroponic garden. The real point of attraction was the decommissioned, underground missile silo that lies 174 feet below ground. This silo is said to be able to withstand any kind of attack, even a nuclear one.

With the crazy state of the world today, there are many who feel that they aren’t acting like “conspiracy nuts” and they certainly aren’t tinfoil hat wearers, they are taking what they see as a rational protective measure. With global threats such as terror attacks, health pandemics, and cataclysmic weather events, the rich are feeling like they are better off being safe rather than sorry.

This Kansas survival condo complex comes complete with either full or half floor units which run a cool $1.5 million and $3 million each. Each building can hold 75 people. Recent buyers include scientists, physicians, entrepreneurs, and even night club owners. The developer, Larry Hall, states that this particular condo complex is 15 stories tall, all of it completely underground.

Hall lives just outside of Denver, Colorado, and states that he purchased his first missile silo back in 2008 and completed renovation in late 2012. Within one year, Hall says that his first silo had completely sold out.

This is the second complex that Hall is working one and it is nearly done. His next project is most likely located in Texas.

The Wall Street Journal says that these former missile sites were built under the direction of the Army Corps of Engineers. These facilities were designed to withstand even a direct hit by a nuclear bomb! On the ground, these units are sealed by two armored doors, each one weighing 8 tons. Hall has added air and water treatment facilities, computer network technology and several alternative power generating abilities.

These kinds of bunkers are becoming more and more popular, especially among the wealthy. This is a trend that began soon after the 9/11 terror attacks. The Ebola scare, the rise of ISIS, as well as the financial recession of 2007, have all added fuel to the fire. Some are stating that they are even worried about the decline or collapse of civil society in America.

Hall claims that his condos offer residents a chance to live an uninterrupted life of luxury, completely underground. These silos offer everything from a dog park, a spa, a fitness center and complete medical facilities in addition to the food supply that Hall states can last 5 years. Luxury condos they might be, but there are also holding cells designed for the “unruly”.

Each individual condo comes complete with 9 foot ceilings and lighting that mimics natural sunlight. Obviously, there are not window, but there are video screens instead that can be programmed to show your choice of scenery, whether that be an ocean view, a forest, or even a city skyline.

However, many of Hall’s clients do not want it made public that they have purchased one of his “uber-bunkers”. One tobacco company executive who hails from Connecticut stated that he paid cash for 4 complete floors in the first silo complex. This is enough room for his very large, extended family and a few close friends. The price was a cool $12 million, cash, but he demanded anonymity. This client says that he looks at this as an investment and as a kind of life insurance policy. Although he added fireplaces, had it completely decorated, and installed many more “windows” than the units came with, he says that he has no plans to actually live or use the condos unless push comes to shove. He has stated that his wife hates the idea and won’t even go look at their purchase: Again, unless push comes to shove.

READ ALSO: America’s Newest Killer And We Have Only Ourselves To Blame

You might not have $1.5 million to drop on a half a floor of the silo, but you can take steps to protect yourself in case of disaster or emergency. Be smart and be prepared even if you aren’t a millionaire.