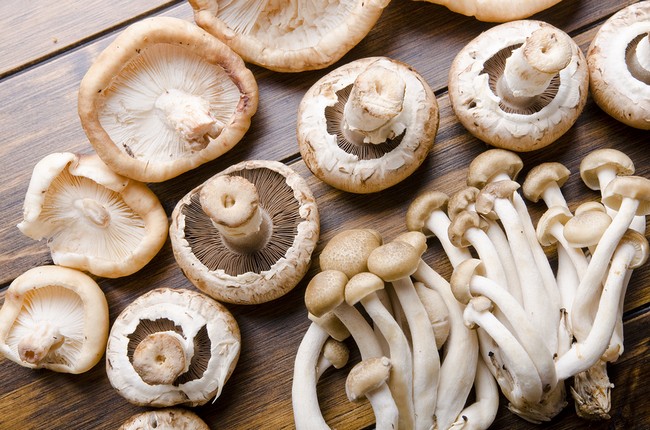 Throughout history, plants have evolved and developed rather sophisticated systems to help protect them from the weather and predators. These complex systems can help us by improving our immune system and lowering or eliminating oxidative stress, the source of so many diseases.

Of course, conventional wisdom says that vegetables are what can protect us from disease, but research has shown that some veggies are better than others at giving us protection. For example, cruciferous vegetables such as spinach, collards, broccoli and kale offer us a great deal of protection from cancer than just about any other vegetable.

New research has shown that two particular vegetables have arisen to offer potent anti-cancer effects. Antioxidants are pigments and foods with deep colors such as blueberries and cranberries are rich in these antioxidants. Well, onions and mushrooms may not have beautiful, deep colors, but they are tops when it comes to containing those healthy nutrients and cancer fighting compounds we all look for.

It’s hard to think of mushrooms as fungus, but that’s what they are, and they are loved by people the world over. Mushrooms have been revered for not only their taste, but for their medicinal properties as well. Mushrooms are used in soups, tonics, food dishes, and teas to promote longevity and good health since time immemorial. Recently, scientists have studied the effects of mushrooms on our immune system.

Mushrooms contain some of the most powerful natural medicine on the plant. Of the 140,000 species of mushrooms on this planet, science is only familiar with less than 10 percent of them.

Of the thousands of different types of mushrooms, a small percentage of them are poisonous if eaten. The most commonly edible types are truffles, white mushrooms, enoki, oyster, reishi, chanterelle, portabellas, maitake, and agaricus. Although all mushrooms are loaded with nutritional benefits, a few of these really stand out so far as stimulating our immune systems.

It’s super important to eat only organically grown mushrooms as they absorb, and concentrate in high levels, whatever substance they are grown in. Think about that one for a minute. This means that if they are grown with polluted water, heavy metals, or other chemical contaminants, that means that mushrooms concentrate them and absorb them into their flesh, which we eat. If you can’t get access to organic mushrooms, then it’s best to grow your own. There are numerous growing kits available for purchase online.

Almost all mushrooms contain the B vitamins, zinc, potassium, copper, selenium, iron and magnesium. All mushrooms (except for the deadly ones) are super healthy but a few of them are full of a compound called beta-glucans, which many scientists are just beginning to understand.

Humans are more closely related to fungi than to any other living thing on this planet. As a defense from bacterial infection, fungi have created strong antibiotics, which also happen to be perfect for humans. Tetracycline, streptomycin, and penicillin all come from fungi. All the more reason to add plenty of these to your diet! 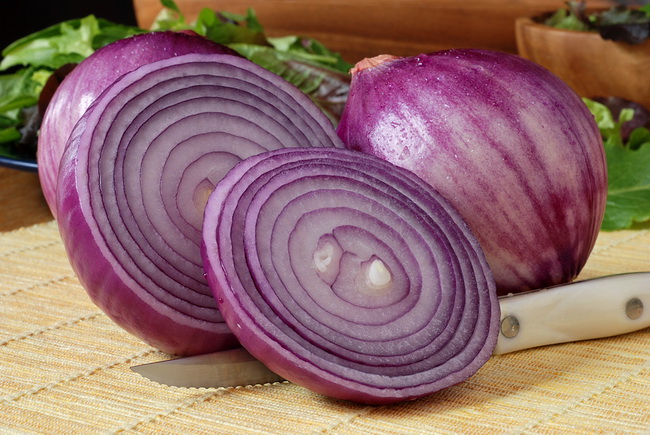 Red onions are slightly sweet, but they still have plenty of bite from all the sulfur groups. Sulfur groups produce a compound called cysteine in the body, which helps with detoxification. Some research shows that sulfur has strong antioxidant power that can stop blood cells from clumping together and forming clots.

Red onions are full of a particular flavonoid antioxidant called quercetin as well as the polyphenol antioxidant anthocyanin. Antioxidants like these can prevent the oxidation of cellular fatty acids and dietary fatty acids. These types of antioxidants are powerful killers of free radicals that rid our bodies of cancer cell overgrowth and reduce inflammation throughout the body.

When onions are cooked, such as in a soup or casserole, the heat will damage some of the anthocyanins but will leave the quercetin unharmed. In fact, if the onions are in any type of liquid, such as soup, the quercetin migrates into the liquid. The lower the heat, however, the more nutrients are reserved. Studies have shown that eating four to seven serving of red onions every week has been associated with a much lower risk of cancer. Four to seven servings would be about two or three onions, depending on the size.

SEE ALSO: Get In Your Daily Requirement of Veggies Without Living on Salads

Studies show that eating large amounts of onions can greatly lower the risk of prostate and gastric cancers. Onions contain certain substances that protect the body called organosulfur compounds, which are released when the vegetables are crushed, chewed, or chopped up. Organosulfur compounds stop cancer from developing by detoxifying carcinogens, stopping the growth of cancer cells, and stop tumors from getting their own blood supply. One study found a protective role of onions on the endometrial cancer risk.

Onions also have something called flavonoids, which are a type of antioxidants that include anthocyanins, flavonols, isoflavones, and catechins. All flavonoids have strong health promoting compounds. Red onions contain at least 25 different types of anthocyanins. Anthocyanins have powerful anti-inflammatory effects. Find out here what’s new and beneficial about onions.

Related Posts
cancernuritionsuperfoods
Help Us Spread The Word!
Like Us On Facebook To Stay Updated!
I'm already a Naturalon fan, don't show this box again.