Email
Home   >   Health News   >   15 Reasons Why You Should be Adding More of This Spice to Everything!

15 Reasons Why You Should be Adding More of This Spice to Everything!

Valued all over the world for its slightly sweet and slightly spicy flavor, cinnamon is also prized for its medicinal compounds. This spice has been used for centuries as a means of alleviating certain symptoms and curing health problems. Now, modern scientific research has confirmed what our ancestors have known for centuries: cinnamon not only tastes great, but it has the ability to heal.

You won’t believe all the things just a little bit of cinnamon can do for your health! Once you read the following information, you will find yourself adding a touch of cinnamon to almost everything!

Keep reading and discover the top 15 health benefits you can get from this one little spice.

1.  Detoxifies and Clears the Digestive Tract

By clearing out your digestive tract, your body will be able to better absorb nutrients from the foods you eat. A healthy digestive system also means less constipation, fewer stomach problems, such as indigestion and heartburn, as well as improving your immune system by decreasing the bad bacteria that can build up in the gut. Too much of the bad bugs in your system can lead to depression, irritability, and malnutrition. Since cinnamon contains powerful antimicrobial and antibacterial compounds, it removes excess bad bacteria, improving the overall function of your immune system. When your colon works properly, it also removes toxins from the body.

Cinnamon has been used as far back as Ancient Egypt. It was once a rare and difficult spice to obtain and was often regarded as a gift that was fit for kings and emperors. Cinnamon comes from the inside bark of Cinnamomum trees. The branches of this tree are cut, and then the inner bark is removed. When the bark dries, it curls into what we call cinnamon sticks. Some sticks are ground into powder form.

The distinct flavor and smell come from the active oil in this bark called cinnamaldehyde. It is this substance that gives cinnamon its powerful effects on our health. Today, cinnamon is cheap and available in every supermarket around the world.

Cinnamon can help to balance hormones for women, which makes it the perfect alternative to hormone replacement therapy, which can cause cancer. Of course, you should always speak to your doctor first before starting any herbal program to be sure it is the correct one for you and your condition and situation. Cinnamon lowers testosterone levels while at the same time increasing the amount of progesterone. It’s the cinnamaldehyde that does this, but what a great way to help women naturally balance their hormones and make their lives more comfortable. Cinnamon will need to be taken in higher doses than just a sprinkle for this benefit to take hold, so talk to your doctor about how much cinnamon you should take to help keep your hormones in balance. 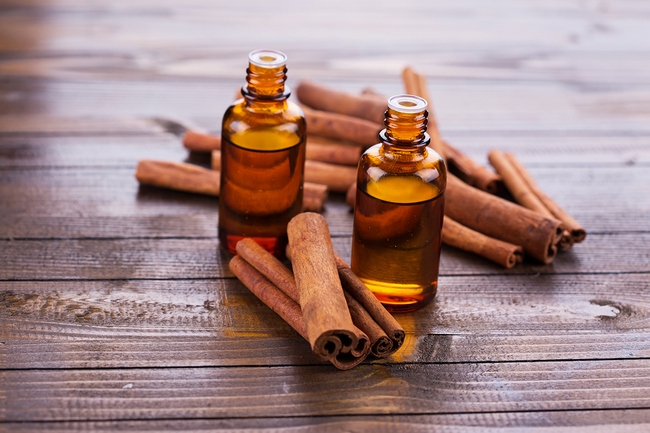 Free radicals are a by-product made by our bodies naturally, much the same way that exhaust is a by-product from cars. Free radicals cause oxidative damage on a cellular level, which ages the body more quickly. Antioxidants protect the body from free radicals and the damage they cause.  Cinnamon happens to be loaded with some very powerful antioxidants, such as polyphenols. In fact, the antioxidant capacity of cinnamon was compared in one study to the antioxidant power of 26 other spices, such as garlic and oregano. This study concluded that cinnamon was the winner, far outranking the other spices in this study. Cinnamon is so powerful that in olden days it was often used as a natural food preservation method. Cinnamon can keep you from looking older than you are and who doesn’t want that?

Cinnamon acts as an antibacterial agent in the body, which means it can help clear up numerous problems, such as an upset stomach, acne, and candida. You might see cinnamon listed in the ingredient list of many acne products and even in stomach soothing teas. You will need to consume about 1 tablespoon each day to get all the antibacterial benefits and maintain a healthy body overall.

Inflammation is natural and actually serves a vital function, fighting infection and repairing damaged tissue. However, when inflammation becomes chronic, it can be a terrible thing for the body, causing more damage than it heals and initiating disease. The antioxidants in cinnamon have powerful anti-inflammatory capabilities that can ease chronic inflammation, which can allow the body to heal itself and stop diseases before they start. 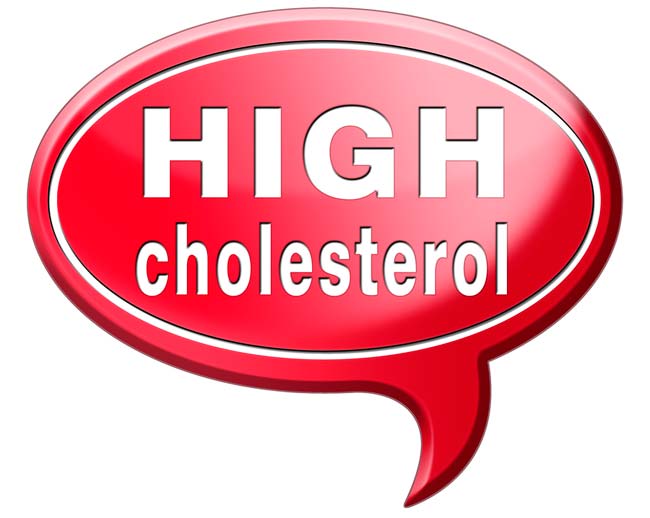 Insulin is key to regulating not only our energy usage, but our metabolism as well. Insulin is what moves sugar from the blood and into our cells. Unfortunately, modern day diets cause many people to become resistant to the effects of insulin. This condition, known as insulin resistance, is a serious condition, leading to metabolic syndrome and type 2 diabetes. Cinnamon can reduce your resistance to insulin, which can prevent you from developing diabetes. Cinnamon can allow insulin to do the job it was intended to do.

As you just read in the previous point, cinnamon can help you from developing diabetes by improving your insulin receptors. By doing this, cinnamon will lower blood sugar levels. It does this by interrupting several digestive enzymes, which will slow down the digestive process when it comes to carbs, limiting the amount of sugar that enters the blood at one time. Cinnamon also imitates insulin, which can improve the glucose uptake by your cells. Although it acts much slower than real insulin, it still can go a long way towards helping lower blood sugar levels, something important for diabetics. There have been numerous studies done with humans showing that cinnamon can lower fasting blood sugar levels by as much as 29 percent. The typical effective dose is between one half and two teaspoons each day. Talk to your doctor if cinnamon might be right for you and what the proper dosage might be. 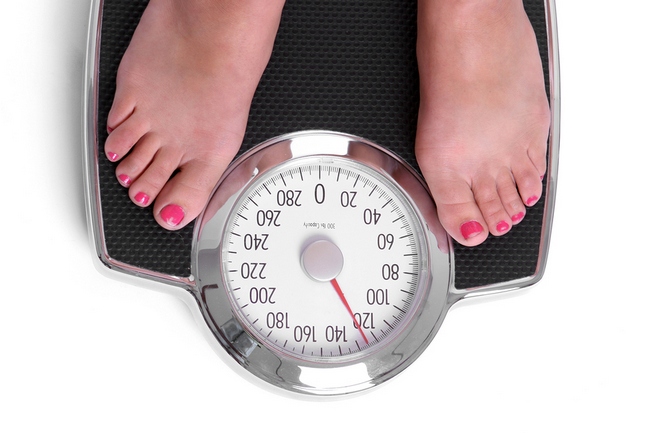 If you are trying to lose weight, you have probably seen cinnamon on lists of foods you should be eating more of. This is because cinnamon is known to increase the metabolism of the body, which can help you to lose weight more easily. Just a teaspoon of cinnamon each day added to a morning smoothie or cup of coffee can help to kick your metabolism into high gear.

11.  Lowers the Risk of Heart Disease

The consumption of cinnamon has been linked to a reduced risk of heart disease, which is the world’s number one cause of premature death. One gram of cinnamon each day has beneficial effects on blood markers for those with type 2 diabetes as well as lowering bad cholesterol levels and triglyceride levels. One large review study showed that just 120 mgs of cinnamon each day helped to lower the risk of developing heart disease. In studies done with animals, cinnamon was shown to reduce blood pressure levels. All of these factors combined will drastically reduce the risk of heart disease.

HIV is an incurable virus which slowly breaks down the immune system in the body, which can lead to AIDs. The Cassia variety of cinnamon has been shown in animal studies to help fight the HIV-1 virus, the most common type found in humans. One lab study looking at HIV infected cells discovered that cinnamon was very effective; more so than any of the other 69 medicinal plants that were used in this study.  Of course, human studies are needed to confirm if cinnamon will indeed work as it has with animals and in test tubes. 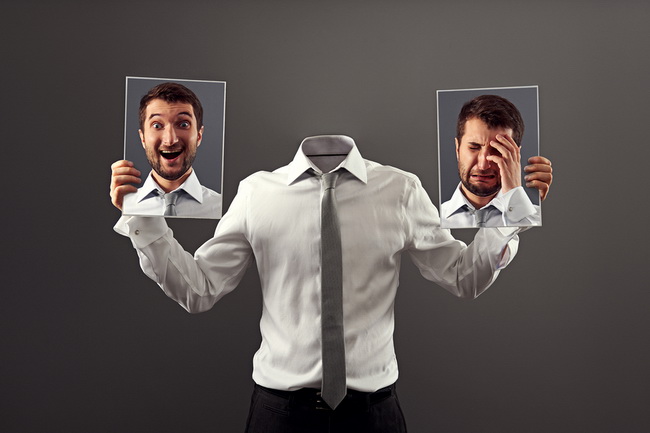 Well, this might be because anything containing cinnamon tastes so good. It makes you happy just to eat it. You can also use cinnamon as a type of aromatherapy to help improve your mood. Next time you are feeling down or stressed out, try taking a few sniffs of cinnamon essential oil, or drink some cinnamon flavored tea and be sure to inhale the steam. You should feel yourself perking right up and may become a part of your all-natural approach to feeling your best no matter what happens during your stressful day.

14.  Great for Your Grey Matter

Cinnamon can have a very beneficial effect on neurodegenerative disease, preventing them from starting or slowing their progression. Alzheimer’s disease and Parkinson’s are the two most common types of diseases of the brain and two compounds found in cinnamon appear to stop the buildup of a protein called tau, which is one of the hallmarks of Alzheimer’s disease. One study found that mice which had Parkinson’s disease normalized their neurotransmitter levels and had improved motor function after consuming cinnamon. Although there needs to be studies done involving human subjects, the research done up to this date is quite exciting and promising.

15.  Can Protect You from Cancer

Cancer is the uncontrolled growth of cells and cinnamon has been studied extensively for its potential as a both a treatment and as a protective measure against this killer. Evidence so far has been limited to animal studies, but these research projects have shown a link between cinnamon consumption and the protection from certain types of cancer.

Cinnamon works by reducing the growth of cancer cells as well as the formation of blood vessels in tumors, which greatly slows their ability to grow. Cinnamon also appears to be toxic to cancer cells, causing their death, while leaving healthy cells untouched. One study done with mice that had colon cancer showed that cinnamon activated detoxifying enzymes within the colon, protecting the body from further growth of this type of cancer. Other studies have shown that cinnamon activates protective antioxidant response in colon cancer cells.

Always consult your doctor if you are taking any prescription medication or if you have any type of chronic health problem or if you are pregnant, before staring any herbal program, even one as mild as cinnamon.

When using cinnamon as a supplement, be certain that you are consuming organic cinnamon and not the typical kind you find at your local supermarket. As with produce, conventional spices can also contain unwanted pesticides and herbicides.